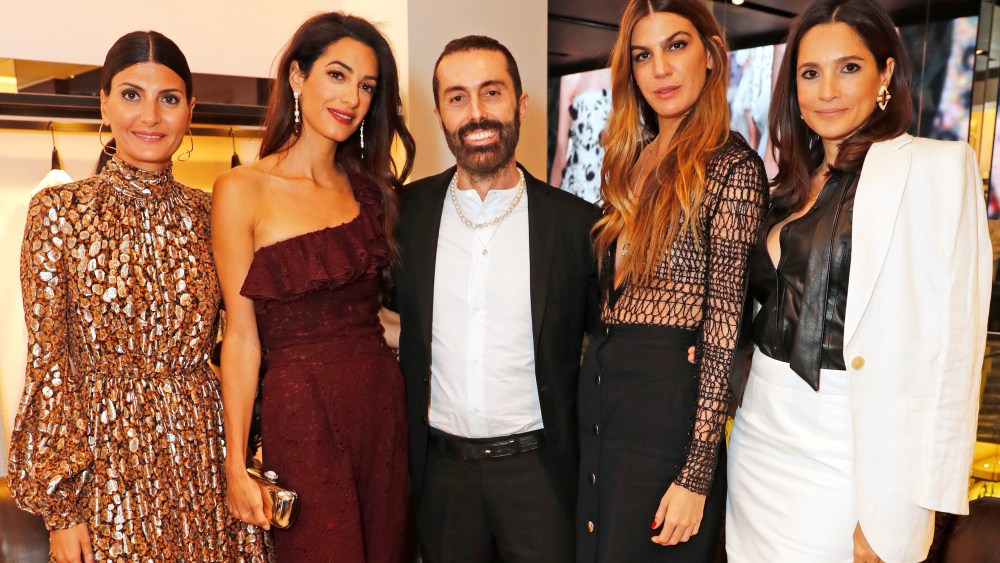 The store, at 29 Sloane Street, is the latest in a series of openings — after Seoul and Beijing — following investment from Artemis, the investment arm of the Pinault family, the French billionaires behind the Kering group.

Later this summer, Valli will be opening in the Qatari capital of Doha, taking the store count to nine. The designer also has a store at Harrods, which will remain open despite its proximity to Sloane Street.

Part luxury home, part retail space, the Sloane Street boutique is awash with the designer’s signature floaty dresses in shades of mint and baby pink. The store carries rtw and accessories, but not haute couture.

“Come over and have a look,” said Valli during a walkthrough. “You can sit on an alligator bench while you buy an alligator bag. I love the idea of one-of-a-kind.”

Valli was referring to a small white bench part covered in alligator skin, one of the many hand-picked pieces of furniture and mid-century antiques in the new store, which spans two floors and about 2,160 square feet.

These include an original Artemide lamp near the entrance and a luscious curving leather De Sede sofa. Walls are covered in moire silk, while the staircase is plastered with mirrors.

“It’s part boudoir, part Studio 54,” said Valli, who also had the seats of two chairs embroidered with pearl jewelry. “It’s the idea that women are down here, trying things on, and just left their jewelry on the chair for a moment.”

Peter Dundas said he was happy to support Valli. “He’s such a lovely guy, and became a mentor to me — he was my predecessor at Ungaro,” said Dundas, who’ll be showing his own collection on July 2 in Paris. The Norwegian designer is also cooking up a New York pop-up on Mercer Street that will remain open for the month of September.