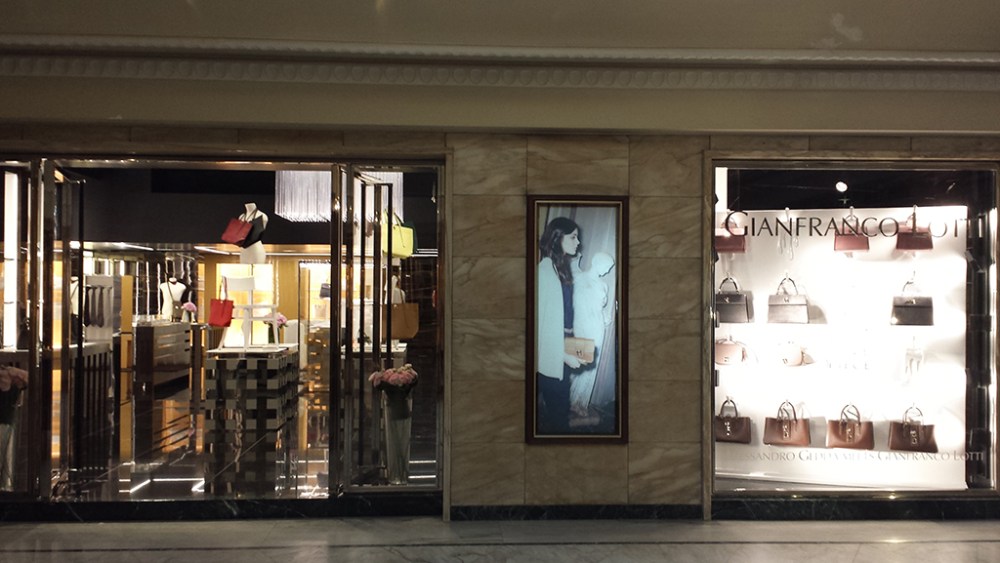 Located on Via Montenapoleone in the space formerly occupied by Emilio Pucci, the 2,422-square-foot sleek and modern boutique spans over two floors. While the first level carries the brand’s men’s and women’s collections, the second floor features a space dedicated to the “Open Piece Only” customization service.

In order to celebrate the opening of the store, the label created a limited edition collection of 18 women’s handbag styles, spanning from a new fringed bucket to precious metallic clutches with exotic skins. The capsule retails from 2,000 euros, or $2,232 at current exchange rate, to 3,500 euros, or $3,906, for the fabric and leather styles, while the pieces in exotic skins starts from 7,000 euros, or $7,812.

Along with women’s and men’s bags, the store also carries a selection of small leather goods, as well as ties for men and a newly introduced line of women’s outerwear leather and fur pieces.

The Milan store is the third to open in Europe, after Paris and Florence. According to Lucà, the brand is also debuting a flagship in London in 2016.

In addition, Gianfranco Lotti is expanding its presence outside the continent. Three stores are to open in China within the end of the year, as well as a flagship in Seoul and five duty-free shops across Korea. Next year, the company also plans to open doors in Dubai and Abu Dhabi, while a store in New York is schedule for 2017.

The brand is sold in nine multibrand stores across the world.