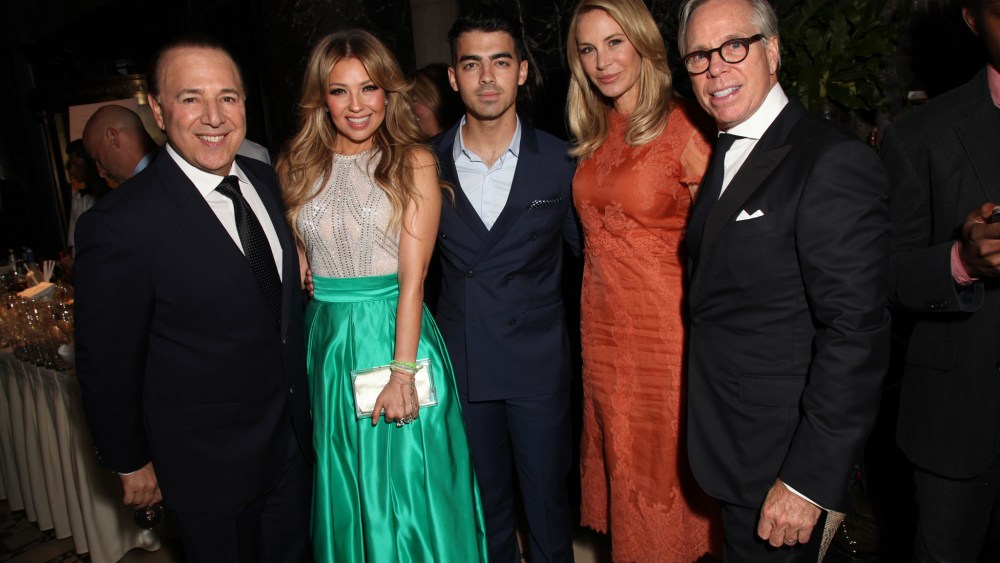 If the Kardashians are America’s “first family,” the Hadids are quickly shaping up to become second in command.

On Thursday night, the family unit turned up at the Global Lyme Alliance’s inaugural “Uniting for a Lyme-Free World” Gala at Cipriani 42nd Street. Sisters Gigi and Bella were there to pay tribute to their mom and one of the honorees, Yolanda Foster. As any “Real Housewives” fan knows full well, the Hadid matriarch suffers from the disease and has used Bravo’s pulpit to raise awareness on national television. By the end of the night, $3 million was raised. (Author and designer Ally Hilfiger; actress and entrepreneur Thalía, and businessman Carlos Brito also were honored.)

Before the formal program, which featured a tearful speech from Foster and a live performance by another reality TV star, “American Idol” Ruben Studdard, all attention was on the sisters Hadid, back in New York after a triumphant collections season. The striking duo gleefully embraced for the cameras before taking the step and repeat hand-in-hand, with a never-ending parade of flashbulbs lapping up each moment of sisterly affection. Gigi, by now, is a pro, but the littlest Hadid was agog after her first fashion month.

Joe Jonas was also on hand to support his model girlfriend Gigi, but he flew relatively under the radar, lingering toward the end of the carpet and indulging attendees in some selfies.

It was another handsome young man, though, who caught the most attention. “Brother,”exclaimed Gigi, spotting a high-cheekboned teen in the crowd. Brother? Yes, the fabled Anwar Hadid, youngest of the Hadid brood, was in our midst, and naturally he was immediately ushered on the red carpet to pose alongside his sisters.

The 15-year-old recently made his modeling debut in the October issue of “Nylon.” Was he enjoying the new career? “Yeah, I guess,” he shrugged. He’ll go far, this one.