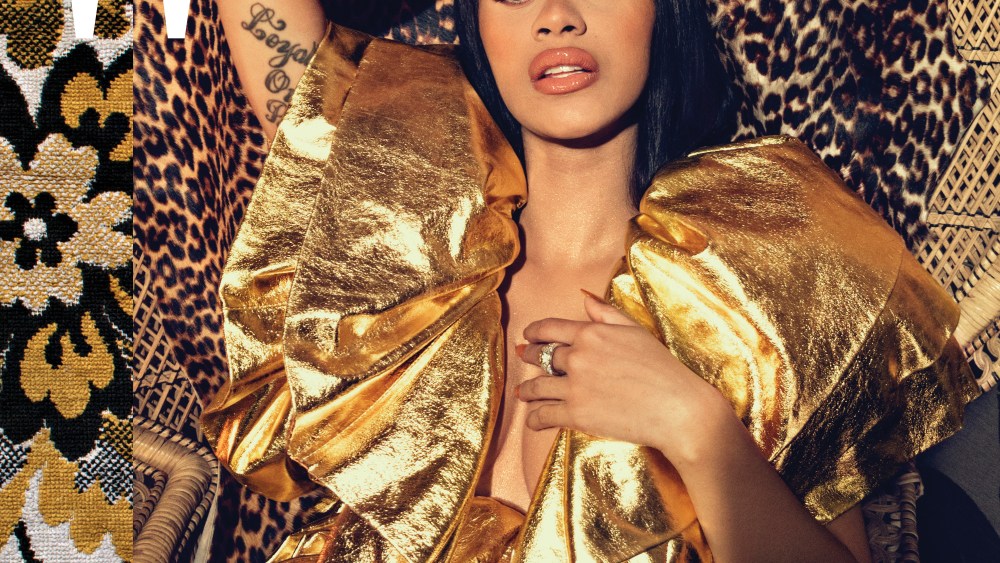 Get ready for more magazine covers to be in the hands of advertisers.

In its biggest simultaneous cover campaign, Condé Nast handed over seven November magazine covers to be photographed with Google’s newest Pixel 3 phone as part of a paid advertising placement. WWD last month first reported the link-up, but the exact number of covers and whether there would be any other features to the campaign was unknown.

Now, Condé has revealed that Allure, Architectural Digest, Bon Appétit, Condé Nast Traveler, Glamour, GQ and W are all issuing covers as part of the Pixel campaign. The covers feature actor Angela Bassett, model Alessandra Ambrosio, a Thanksgiving spread, Bermuda, Mandy Moore with Susan Kelechi Watson and Chrissy Metz, Ryan Gosling and the inimitable Cardi B, respectively. Photographers involved in the issues include Sharif Hamza, Douglas Friedman, Victor Demarchelier, Giampaolo Sgura and Mickalene Thomas, but they all only shot the cover image with a Pixel, not accompanying in-book spreads.

The deal includes Google’s licensing of hundreds of other images photographed by Condé on the new Pixel for Google’s own media promotion of the phone’s camera feature, as well as some more work for Condé beyond the print covers, like a digital cover for GQ, editorial videos and some behind-the-scenes pages, all shot with Pixel. A spokesman added that the campaign is not a one-off and there will be “more to come” between Condé and Google, who have previously partnered on various efforts, like last year’s native campaign with Vogue for Google Home, Google’s housing of the publisher’s archives and consumer insights before that. Nonetheless, the cover campaign is Google’s largest magazine advertising effort to date.

As to why professional shots on glossy magazine covers (an opposite tack from Apple’s big iPhone X campaign earlier this year featuring selfies by regular users) was how Google wanted its new phone to be showcased, Adrienne Hayes, vice president of marketing for Pixel, said the goal “is to help people get brilliant photos in any light.” But, she added, “It’s been incredible to see the industry’s top photographers bring these iconic covers to life shooting with Pixel 3.”

“Taking photos and videos is one thing you do most on your phone, so we set out to deliver the best photography experience,” Hayes said.

Raul Martinez, chief creative at Condé, admitted the shooting of covers with a mobile phone camera “was a compelling challenge,” but ultimately, he said the technology impressed “even our most discerning photographers.”

“Technology has enabled our creative teams to create content in new and different ways, bringing a new level of storytelling to our audiences,” Martinez added. “Today, we shot covers with the camera in the phone because its technology has advanced. Tomorrow, it will take us further.”

Essence Sets C-suite as It Readies for Independent Operations