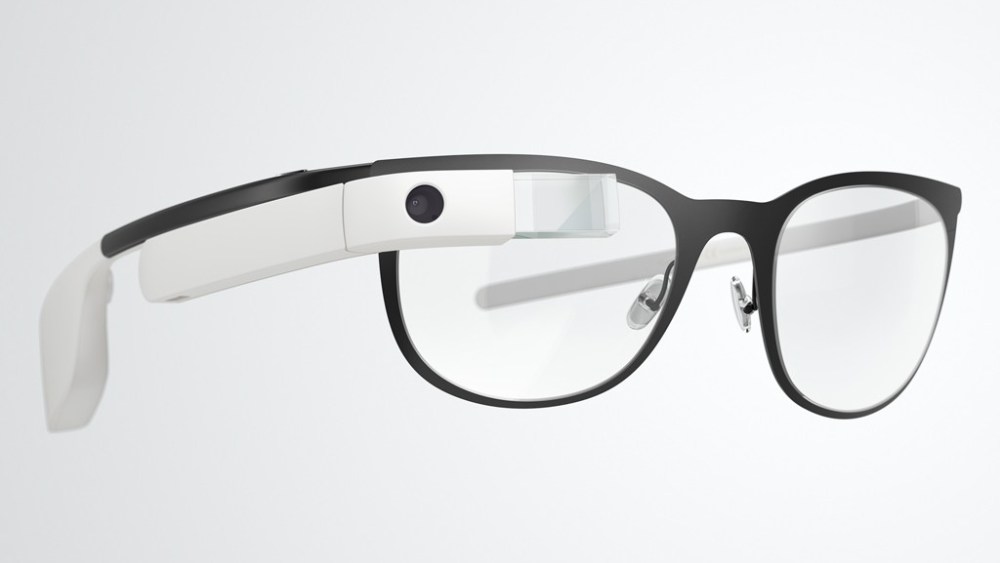 NEW YORK — Google Glass is about to get a little more wearable.

The first collection of prescription frames for Google’s foray into wearable technology will go on sale today at google.com/glass. It’s the product’s biggest launch since the introduction of the Explorer Program last February, which opened the door for about 10,000 people to test out the $1,500 Explorer edition.

The first version of Glass was originally unveiled in September 2012 at Diane von Furstenberg’s spring 2013 runway show. Since then, the sector has quickly become an intriguing new front in the battle for consumer attention, although it is still growing into its potential. Fitness trackers such as Nike’s FuelBand have gained some traction, and a growing list of smartwatches are coming onto the market.

Google’s new Glass offering includes $225 titanium optical frames, with round, square and nearly rimless versions, as well as $150 nonprescription sunglass styles in black, gray, white, turquoise and tangerine. The 42-g. frames are lighter than most sunglasses and are intended for existing users, who can attach their Glass devices.

The introduction of Glass frames comes just as Google gears up for the highly anticipated consumer launch of the product later this year.

“We’re making it a more natural part of your life. [Wearing Glass] will be easier with this, plus you have more choices,” said Google Glass lead designer Isabelle Olsson in an interview with WWD at the Google Glass Basecamp in Chelsea Market. “It’s a very natural extension of things that you already wear. For some people, this will come even more naturally than the regular [Glass].”

Olsson, a Stockholm native who wore the rounded Curve frames in black with matching black Glass, said she adhered to three main design tenants from the start of the project two-and-a-half years ago: lightness, simplicity and scalability. Her biggest concern throughout the design process — besides ensuring the technology worked — was being able to compete with an optical store that can carry thousands of styles. Also important was creating a tight assortment of silhouettes that fit a lot of people.

“It was difficult because there was no benchmark with Glass,” Olsson said. “We started from scratch. But now that we’ve created that benchmark, we can evolve and listen to people’s feedback and create something even better.”

She said Glass is more natural than something one might wear on their wrist because of the proximity to the user’s eyes.

“When you look at something, you take a picture of it; when you speak it’s right there. Even the way you take the pictures (swiping one’s hand along the side), the gesture is so natural in that sense,” Olsson said, adding that it’s important to “stay open” and think of new evolutions to make technology more effortless.

Google has partnered with VSP Vision Care to train eye-care professionals about Glass and the corresponding optical frames. A list of VSP optometrists will be provided to Explorers during the ordering process.