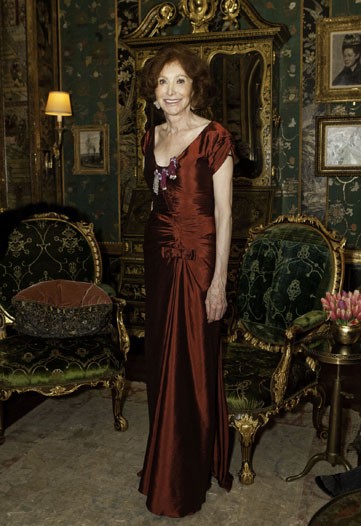 A wild storm raged though San Francisco Saturday night, and power was out all over Pacific Heights. But Ann and Gordon Getty smiled serenely as they greeted guests dashing in from the downpour to celebrate Gordon’s birthday.

“We have a backup generator,” said Ann. Party designer Stanlee Gatti decorated rooms with fragrant arches of calla lilies, gardenias and lemons. “It’s been proven in scientific studies that natural fragrance increases your intelligence,” dead-panned Gatti. “So everyone’s going to leave smarter than when they arrived.”

While guests like Trevor and Alexis Traina left early for Marissa Mayer’s hush-hush wedding to real estate investment manager Zach Bogue at the Four Seasons Hotel, others braved the gale and arrived fashionably late. Norah and Norman Stone, who lost their power, dressed in the dark and made the half-block dash in the rain. “Not bad for dressing with a flashlight,” said Norman.