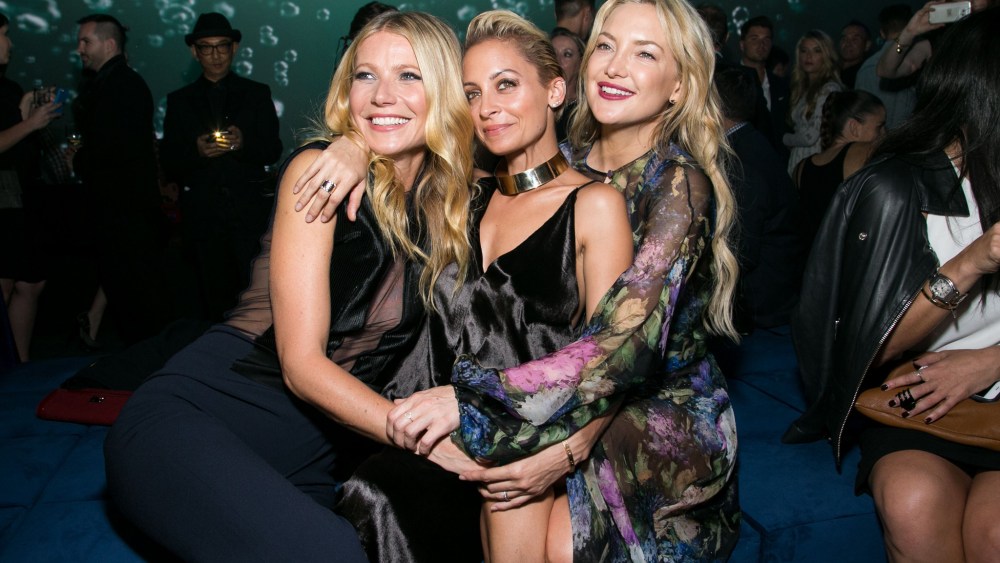 La Mer didn’t look a day over 25 as the luxury skin-care brand celebrated its 50th birthday at Hollywood’s Siren Studios on Tuesday night.

La Mer spared no expense in terms of production value, with an underwater-themed photo booth, synchronized swimmers holding trays laden with La Mer products, and a performance by the otherworldly Smith siblings who, when not modeling for Calvin Klein Jeans and other fashion brands, rock in The Atomics.

“This is bigger than a movie premiere,” said Rachel Roy. “There are some pretty strong fans of that little bottle.”

Abigail Spencer got snap-happy with friends in the photo booth. “I did not know it was going to be the premiere of ‘The Mermaid’ and ‘Under the Sea,’” the actress said.

Hudson fondly recalled the first time she pampered her skin with the rich cream. “I grew up in Colorado, which is a very dry climate. I remember my mom purchased it for me one Christmas [since] my skin was starting to change and mature,” she said, referring to Goldie Hawn.

The actress, who recently finished working on a film called “Mother’s Day,” due out next year, will next begin filming a role in Lee Daniels’ Richard Pryor biopic. When asked about Jennifer Lawrence’s essay on Hollywood’s gender wage gap, Hudson admitted she hadn’t yet read it. Still, she threw her support behind Lawrence. “I think it’s an incredibly relevant, important time for all of that,” she said. “I think the more that we support each other and get on board with each other, the stronger we are. And the more we can achieve together.” On the other hand, the actress was decidedly more tight-lipped when inquired about her rumored new romance with Nick Jonas. “Ooh! See you later!” she said, flashing a peace sign.

Meanwhile, Chrissy Teigen arrived once the party had settled down. Fresh off news that she and hubby John Legend have a baby on the way, the model debuted her barely there bump in a skintight white dress by Kayat. Her publicist requested that WWD not ask her about her pregnancy, but clearly Teigen couldn’t contain her excitement.

“This is my first time stepping out after, you know, so I wanted to look somewhat effortless,” she said. “I didn’t want to look like we tailored this and worked our asses off on it for hours like we did.”

Soon enough, she’ll be coordinating nursery room colors (be it blue or pink), but, for now, the hot mama-to-be merely debated how late she planned to stay out. “I’m feeling pretty good,” she said, having come straight from the set of “Lip Sync Battle,” which she cohosts with LL Cool J. “I’ve been dancing on stage all day and eating doughnuts and now I have all this energy. I’m going to stay here as long as I can. I’m like, ‘Are people filtering out? I just got here!’”