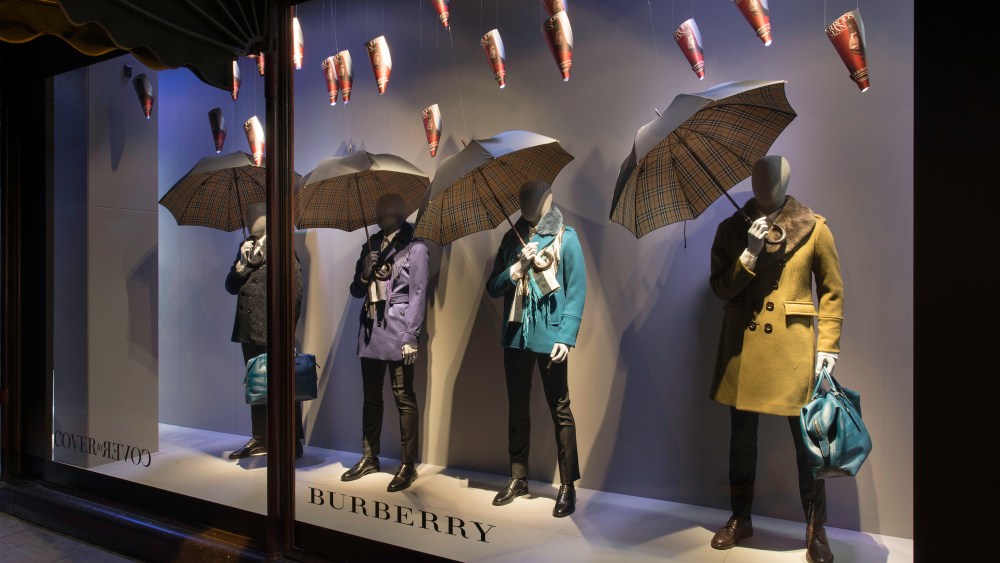 TOP MAN: Harrods has unveiled its first storewide men’s wear campaign in response to a market category that has grown “beyond comprehension,” according to Jason Broderick, the store’s director of men’s wear, sports and fine watches.

Harrods Man Cover to Cover is a storewide takeover that includes all departments ranging from luxury and tailoring to contemporary and active.

Each of the covers will have their own window at Harrods, facing Brompton Road.

Throughout the month, there will be a series of in-store events and personal appearances. There will also be exclusive capsule collections from Burberry, Balmain, Giorgio Armani, Neil Barrett, Dsquared2 and Givenchy, and limited-edition pieces from Fendi, Moschino, Christopher Kane, Versace, Balenciaga and 3.1 Phillip Lim.

Broderick told WWD the men’s wear category “has evolved beyond comprehension and the drive from our customers to embrace this new world has led us to further expand our footprint of men’s wear in the store. The story-telling of men’s wear has become so prolific that we felt now is the moment to have a takeover.”

This year, Harrods launched a Denim Gallery and a Contemporary floor and further extended its designer room where it’s opened some of the largest shops worldwide for Givenchy, Valentino and Philipp Plein. The space also houses Balmain’s first shops-in-shop.

“Ten years ago, men’s wear shoppers were mainly women shopping for men, but the confidence of our male shopper has grown dramatically both in taste and style. Formal wear has become chic and luxurious and forward fashion brands have flourished in creativity like never before,” he said.

Looking ahead, Harrods is preparing to mark the one-year anniversary of its Contemporary department and plans to open shops-in-shop from AMI, Versus Versace, Solid Homme and 3.1 Phillip Lim.