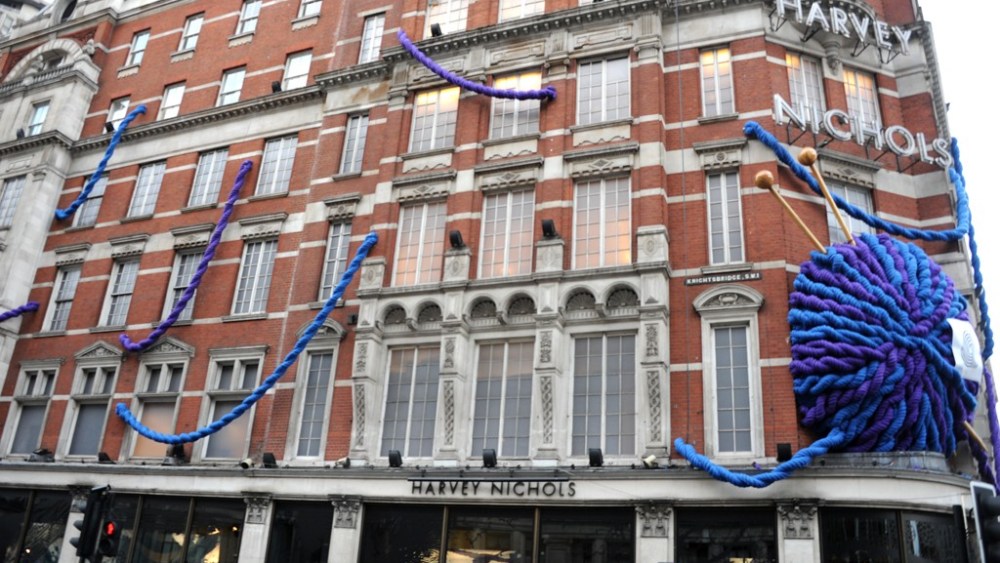 FLOCK TO IT: Wool Week in the U.K. kicks off today with Harvey Nichols getting cozy for the cause: The store has been “threaded” with more than 100 meters of real wool — donated by the British supplier H. Dawson — while a giant ball of yarn has been positioned at the corner of the store. The display will be unveiled officially by Condé Nast International president Nicholas Coleridge Monday night, and remain in place for the next two weeks.

Harvey Nichols will also be taking part in Wool School, an initiative that pairs student designers with local retailers and brands, including Paul Smith, Topshop, Marks & Spencer and Pringle. Earlier this year, fashion students entered a competition to design a wool sweater for a particular retailer. The winning creations have been put into production and will be on sale for one week starting today.

Five percent of Wool School sweater sales will go back to fashion education programs across the U.K. The Campaign for Wool is a five-year initiative launched by Prince Charles to educate consumers about the benefits of the fiber, and to promote wool products worldwide. The campaign launched in October 2010 in the U.K., and has since rolled out to countries including the U.S., Korea, Japan, China, the Netherlands, France, Germany and Spain.