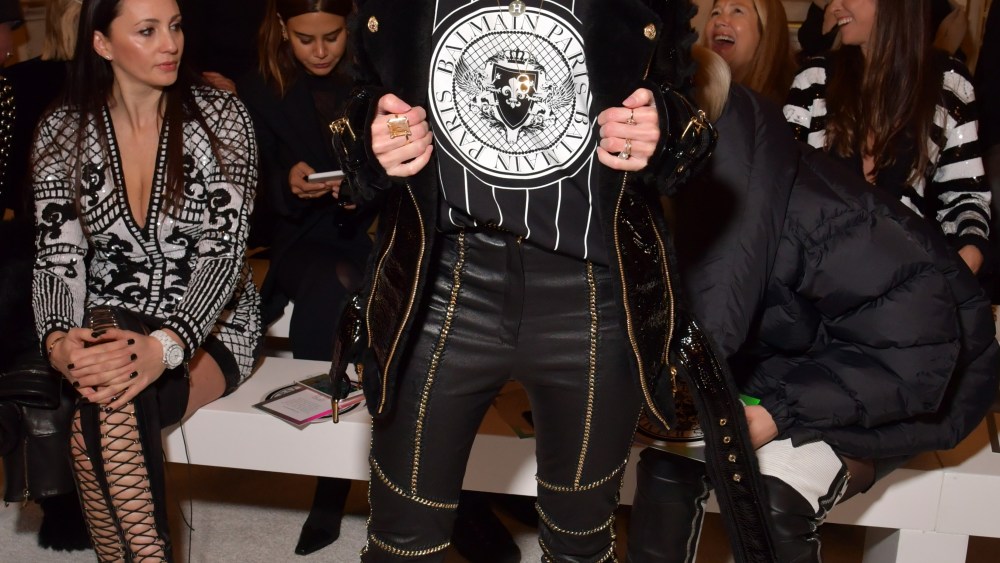 YOU’RE INVITED: “I think I am the invitation,” quipped Helena Bordon as she walked into the Balmain show Friday morning, sporting a T-shirt featuring the same motif as the round invitation card to the show under her patent leather jacket.

The Brazilian style blogger and businesswoman recently moved to New York, and is still getting used to the culture shock, she said.

“I’m getting into the New Yorker routine, which is a little bit intense,” she said. “In New York, it’s very straight to the point.”

For her eyewear label By Helena Bordon, she will open a store in São Paulo’s airport shortly. The line already has a store in the city and around 30 accounts across Brazil, and international distribution is on the cards for later in the year. “We’re still figuring out stores,” she said, adding that concept stores like the late Colette would be high on the agenda.

There’s also a jewelry project in the works this year on the modeling front, she said, but the details are still under wraps.

Olga Kurylenko got the flashbulbs popping as she arrived at the show at the last minute to sit alongside guests including Farida Khelfa, Italian actress Matilde Gioli and singer Emma Marrone, who is celebrating the success of her sixth album, released in late January.

It was a double-Balmain day for the singer. “My new single, ‘Effetto Domino’ is out today, and in the video, I’m wearing a Balmain dress,” said Marrone. “I love Olivier [Rousteing], he’s a special person with a big heart.”