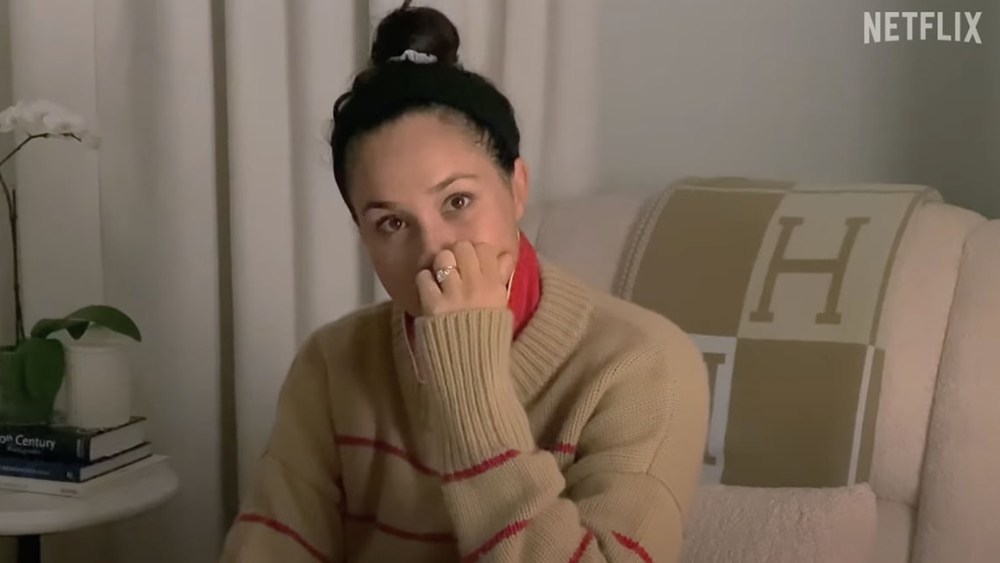 The intimate moments and tearful breakdowns that chronicles Prince Harry and Meghan Markle’s life behind palace doors weren’t the only thing that attracted attention on Dec. 1 when Netflix released the trailer for its upcoming “Harry & Meghan,” a docuseries about the Duke and Duchess of Sussex.

After making a brief cameo in the background during the teaser, the Hermès Avalon throw blanket went viral.

The seconds-long clip featured a number of never-before-seen photos and clips of the couple, including an emotional, raw scene where Markle can be seen crying with her head in her hands in apparent distress on a chair that was decorated with the throw blanket, which Hermès debuted in 1988.

So, ahead of the streaming network’s soon-to-be-released series on the royals, here’s what you need to know about the Hermès Avalon throw blanket.

History of the Hermès Avalon Blanket

Its geometric-grid design pattern was influenced by the classic stable blankets used to cover horses.

In 2017, Hermès released a new model of the blanket, this time made out of full cashmere. This other model features handwoven thread that was made in a Kathmandu workshop and goes through a multitiered dyeing process that creates a rich color saturation.

On the Hermès site, the current Avalon throw blanket comes in a variety of colors and sizes, with the most classic model being 90 percent merino wool and 10 percent cashmere, with a 53-inch by 67-inch dimension.

Along with being a beloved homeware item for its quality craftsmanship, the Hermès Avalon throw blanket has also appeared in a number of celebrity homes and in film.

How much is the Hermès Avalon blanket?