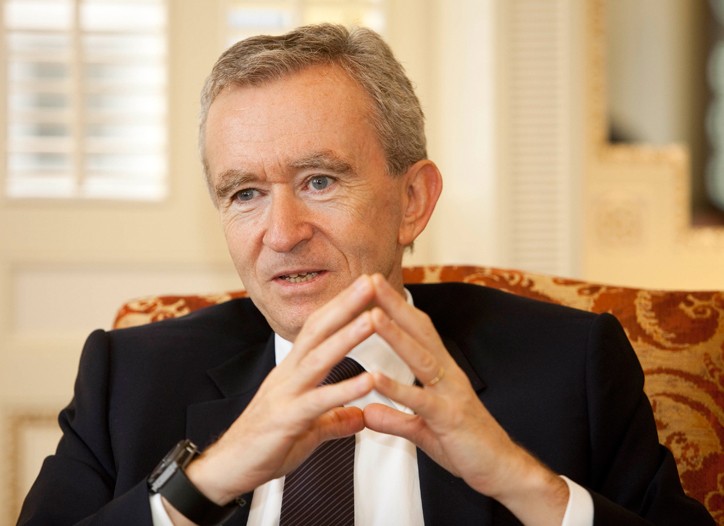 PARIS — France’s latest corporate saga has it all: two of the nation’s richest families, acrimony and more than a soupçon of snobbism.

LVMH Moët Hennessy Louis Vuitton’s surprise investment in Hermès International has set off a war of words that holds a mirror to French society, which — for all its claims of fraternité and égalité — still harbors tensions between the aristocracy and everybody else, up to and including LVMH kingpin Bernard Arnault, the wealthiest man in the country, who, observers agree, is playing a long game aimed at eventually gaining control of Hermès.

Several observers said they were struck by the degree of surprise and indignation expressed chez Hermès when LVMH unveiled its investment on Oct. 23. Hermès executives immediately questioned the legality of LVMH’s purchase of 17.1 percent of its shares via cash-settled equity swaps.

“Just because it’s the luxury sector, are you supposed to wear gloves?” one industry source asked incredulously. “This is no gentleman’s battlefield — it’s a business like any other.”

But beyond the technicalities of the deal, the family, which prides itself on its long tradition of craftsmanship rooted in an elite equestrian heritage, has made no secret of its distaste for the man Hermès chief executive officer Patrick Thomas described as “a visitor in the garden.”

Bertrand Puech, executive chairman of Emile Hermès SARL, which represents the family shareholders, told French daily Le Figaro they did not consider the move “friendly,” despite Arnault’s assurances that he does not plan a hostile takeover and will not seek any board seats.

“The family is saying clearly and unanimously: ‘If you want to be friendly, Monsieur Arnault, then you must withdraw,’ ” Puech told the paper.

With 73.4 percent of the capital, the three Hermès family branches — Dumas, Puech and Guerrand — appear to have a lock on the 173-year-old firm, whose status as a limited partnership guarantees they keep control of all key posts. But they have made clear that Arnault’s arrival represents an assault on all the values they hold dear.

“I don’t think a house like Hermès is capable of surviving in a universe controlled by money. This house has proved again and again that poetry is not incompatible with business,” Thomas said recently at the opening of the new Hermès store on the French capital’s Left Bank.

“I sincerely hope that the power of money alone will not kill the pretty flower,” he added.

Arnault, on the other hand, has limited himself to repeating that he has no intention of seeking control of Hermès and that LVMH’s acquisition was in full compliance with French market regulations — although even the head of French market regulator AMF, Jean-Pierre Jouyet, has said the rules are not stringent enough.

Analysts have no doubt Arnault’s ultimate goal is a full takeover, noting the luxury titan is repeating a scenario that has marked all his key acquisitions since taking over LVMH in 1989. But the legal complications to an outright takeover, in this case, mean the process will be long and drawn out.

“LVMH is waiting in the wings. They don’t need to rush,” said Christophe Reille, managing partner of RLD-Partners, a firm specialized in crisis communications, whose past clients include France’s rogue trader Jérôme Kerviel. “In terms of communications, they have the easy part.”

Reille said that by sticking to a purely financial message, LVMH had effectively pushed Hermès into a corner: If its managers point to the company’s healthy financial results in order to convince family members not to sell their shares to Arnault, they are merely highlighting the reason why LVMH started snapping up capital in the first place.

And by insisting the company wants to remain independent at all costs, Thomas and Puech are shutting the door to a potential white knight.

“In the end, all they have left to communicate on is the link between the members of the family and how this is threatened by the arrival of a nouveau riche on their turf. Well, that’s a pretty weak message. As a result, they are resorting to this kind of bucolic allegory, but the message is very narrow,” Reille said.

Arnault, on the other hand, will probably remain silent while he waits for family members to sell him their shares — a process analysts say could take years but is increasingly likely, as a growing number of sixth-generation heirs come into ownership of ever-decreasing portions of the company.

“It’s the technique of the Ottoman strangler — every day, it tightens its grip a little. Gradually, you are going to die, but without realizing it,” said Reille. “It is a rampant, stealthy acquisition of shares, and he will end up swallowing the company and digesting it calmly, bit by bit.”

In media terms, the story is solid gold, pitting as it does a self-made billionaire tycoon against a family-run house whose Birkin bags and iconic silk scarves have become a byword for fine craftsmanship.

“At Hermès, LVMH has always been seen as evil — too strong and powerful to be fair or friendly,” said one industry source.

Catherine Veillé, president of branding consultancy Ipsos Insight Marques, said the saga was bound to grip readers of the French newspapers that have relayed every salvo in the battle, but it will make little difference to clients in stores.

“It’s like ‘Dallas.’ At best, if consumers pay any attention to this, it’s because they are witnessing the kind of soap opera they usually see on television, and nothing more. It does not affect the image of the brand in the slightest,” she said.

For one, the two sides are fighting on unequal terms, Veillé said.

Hermès is a brand name with a distinct identity, while LVMH designates the luxury group that owns more than 60 brands, ranging from Louis Vuitton to Moët Chandon to Guerlain. At the same time, while the concept of LVMH may be more abstract in image terms, the group has a distinct figurehead in Arnault, something Hermès is lacking.

And most luxury specialists believe that an LVMH takeover would not fundamentally threaten the Hermès brand’s DNA.

Benoit Garbe, a vice president of global brand strategy and financial consultancy Millward Brown Optimor, said LVMH’s track record suggests it is committed to preserving the specificity of the brands it acquires, even if that means forgoing some cost savings and synergies.

“So it’s not like suddenly you go to the evil LVMH and you become a chemical company with no soul. I don’t think that is a fair argument, and I don’t think the culture and the magic of the brand would be destroyed. I think it’s really looking at what the future could look like,” Garbe added, noting that LVMH could provide valuable resources and know-how for accessing emerging markets where Hermès has yet to open stores.

“I think it would make sense as a brand portfolio to have both Hermès and Vuitton, if you keep them at the positioning that they are both today,” he said. “A great example on how to include the Hermès brand into the LVMH portfolio would be the example of Bottega Veneta in the Gucci Group portfolio.”

However, it was more likely that LVMH would try to introduce the Hermès brand to a much larger client base.

“That has an impact in terms of price points, where price points are lower than they used to be to address that new marketplace, and the communication is also very different, because you need to raise awareness in a much broader way than what Hermès is doing today,” Dupreelle said. “That would definitely have an impact on the brand DNA.”