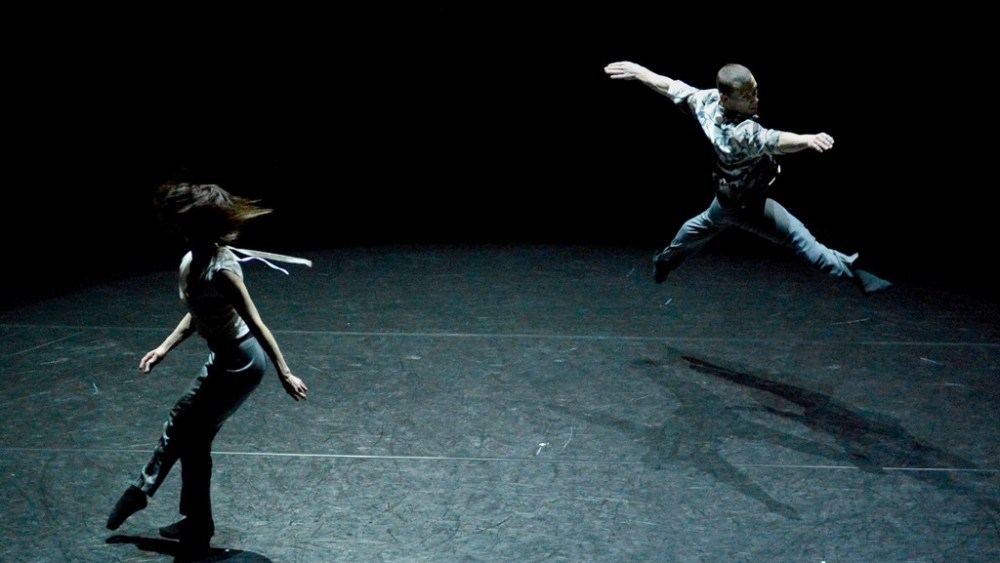 Despite 100 years in the watch industry, Hermès continues to be known more for its expertly crafted handbags, silk scarves and leather goods — but if the bash the brand threw on Monday night is any indicator, that’s about to change. Hermès celebrated its latest additions to its watch line in New York with a commissioned ballet fittingly called “Time in Motion,” performed at Manhattan’s Baryshnikov Arts Center by dancers David Drouard and Sandra Savin. Savin and Drouard nimbly pirouetted, sashayed and fluttered around the stage for a rapt audience. Billed as an exploration of “the mechanics of time,” the three-part routine did just that, with Savin simulating slow motion at one point. Later on the pair spun around a circular spotlight, intimating the hands of a clock. The theme was driven home by the score — a succession of music from Marin Marais, Philip Glass and Arvo Pärt that was punctuated at times by a thundering tick-tock.

“Hermès is about surprises,” the brand’s chief executive of watches, Luc Perramond, said earlier. Flipping through a catalogue of historic Hermès timepieces, Perramond made a point to highlight his brand’s effort over the last few years to bring manufacturing in-house by acquiring smaller companies that produce watch components. The strategy has brought Perramond on a global tour where he has been unveiling the fruits of Hermès’ labor, namely the brand’s first in-house-made watch, featuring a mechanical movement. The ceo said watches currently represent about 5 percent of Hermès’ business and could reach 10 percent, but it will be a “long-term effort,” Perramond said as he showed off the collection dubbed the Dressage Chrono.

With a sporty, equestrian theme in mind, Hermès created a men’s chronometer in steel with a black- or white-colored case, which retails for $11,600. For women, the house developed a classic watch with an alligator strap that retails for between $16,100 and $26,975, depending on whether diamonds are paired with steel or rose gold.

After the last plié of the ballet, guests packed into black vans to be transported through the rain to Skylight West one block south. The space was transformed into an equestrian Arcadia. The doors opened out into the bar area, lined with slabs of wood glossed in the brand’s signature orange shade. Guests including Lisa Airan, Olivia Chantecaille, Olympia Scarry, Lauren Remington Platt and Jamie Johnson circulated through the space, taking in the timepieces on display. Stationed in a back corner, a Hermès master watchmaker fiddled with one of the house’s pocket watches, exposing its innards to curious onlookers. Zani Gugelmann and Shala Monroque drifted over to the artisan’s table to take a look.

Nearby, Kelly Rutherford and Jennifer Creel exchanged pleasantries while taking their seats. At another table, Waris Ahluwalia skimmed the menu with neighbor Monroque.

“It was difficult because when you get sweaty…it sticks to your body,” Drouard, now in a tuxedo, told tablemates, referring to his onstage Hermès ensemble — a pair of gray trousers and a button-down shirt, done in one of the house’s signature printed silks. “I was worried about ripping the armhole.” Over the first course — a chamomile smoked sunchoke soup with shiitake mushrooms — the dancer discussed the piece, which he also choreographed. “I was very nervous because it was my premiere,” he said in his heavy French inflection.

The dinner was capped off decadently with poire belle Hélène. “I can’t eat too much of this,” Drouard said, grazing his dessert. “After all, I have to dance tomorrow.”