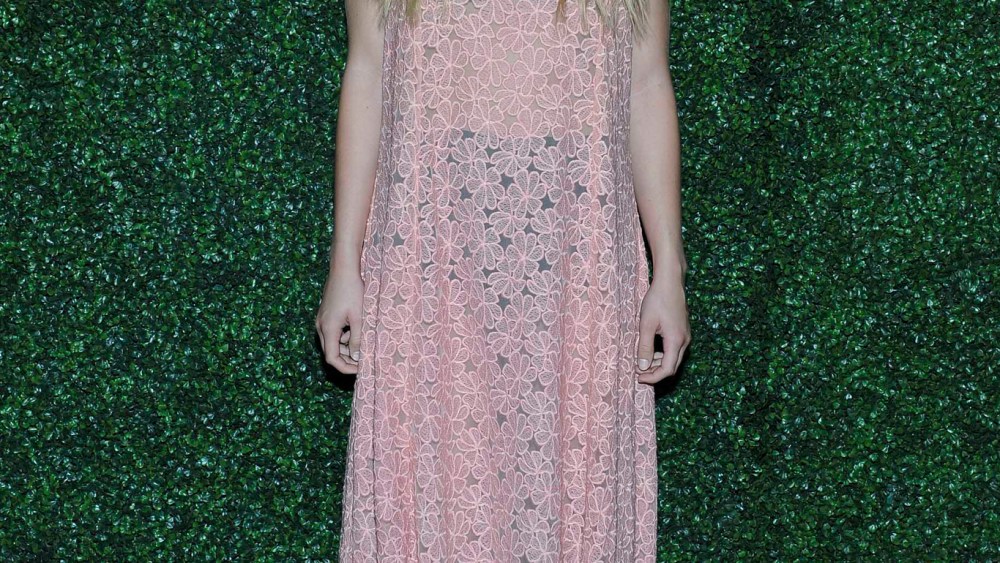 Over the past two weeks a trio of organized shows — L.A. Fashion Week, Arts Hearts Fashion and Style Fashion Week — presented spring 2016 collections by both established and aspiring designers from the West Coast and around the world. Here is a look at some of the more notable lineups.

Maria Korovilas: Maria Korovilas, who launched her line in 2012 at Gen Art’s Fresh Faces in Fashion show, is one of the few L.A.-based designers who has managed to build a strong retail business — current accounts include Neiman Marcus, Nordstrom, Anthropologie and Satine — and continues to expand her brand with red carpet and casual wedding dress capsules. Both were on display, along with a strong spring 2016 ready-to-wear collection, at a private presentation at the Mondrian hotel.

What began as a novelty dress collection of pretty lace shifts and two-piece sets has expanded to include skirts, tops, jackets, shorts, a romper and a jumpsuit that Korovilas described as “streamlined Victorian with a printed tilt.” While the main collection featured plenty of pastel lace, the designer also used silk chiffon, organza, canvas, denim and linen, creating whimsical sailboat and love letter prints for some pieces, while solid looks were embellished with embroidery, lace insets, origami pintucks or French knots.

Korovilas used simple silhouettes for the formal styles, covering a long slipdress with rectangular pale blue paillettes or a cropped top and A-line shirt with a beaded patchwork. Summer and beach brides would be pleased with floaty lace gowns or a tiered two-piece set made with yards of pleated chiffon. — M.M.

Ashton Michael: To reset other people’s perception of him as a designer, Ashton Hirota based his spring collection on two things he hates the most: the color pink and cargo pants. “I didn’t want to be pigeonholed as an urban gothic streetwear designer,” he said after presenting his men’s and women’s looks on a small army of tatted-up androgynous models. He also reduced his reliance on leather and interspersed the colors black and white as well as hoods sparingly throughout his collection. Instead, he chose denim as the base for palazzo pants, culottes, skinny jeans, sleeveless shirts and bodysuits. His street cred remained intact through the proliferation of frayed hems and bondage straps. — K.T.L.T.

Sue Wong: If it ain’t broke, don’t fix it. Sue Wong has been turning out a prolific, accessiblypriced collection of sparkly eveningwear for nearly 30 years, so she knows well to stick to her formula of body-conscious, embellished gowns in a range of metallics and rainbow colors. Her spring 2016 collection, titled “Alchemy & Masquerade” provided ample fodder — 79 looks, to be exact — for real women to feel like princesses and queens on special occasions.

This season Wong favored illusion mesh yokes and beaded empire-waist bodies over floaty chiffon skirts, as well as cap sleeves and backless halters. Her allover floral and vine embellishments in metallic thread were most effective on solid columns in soft hues such as pale pink and dove gray. — M.M.

Iimuahii: San Francisco-based designer Elena Slivnyak is already a favorite of song sirens Lady Gaga, Katy Perry and St. Vincent and Iimuahii, her futuristic collection of sculptural designs, is destined to make a splash on the red carpet and in over-the-top music videos. Working primarily with Neoprene in a limited palette of gray, white and ice blue, she gave an added dimension to her coats, dresses and leggings by cutting holes and jutting shoulders and skirts away from the body. Still, Slivnyak’s tailoring is so precise that a few of the pieces — like a sheath with three-quarter sleeves and a double-breasted car coat — could easily be worn by a fashion lover who works in a creative field. — K.T.L.T.

Mulierr: Colombian designers Lorena Cuevas and Paola Tarazona presented a strong collection inspired by the shapes of both insects and outer space. Handwoven open knits draped gracefully over the body, as did scarf-neck dresses, asymmetrical shirts and languid pants. The mineral gray, white, navy and teal palette felt sophisticated and contemporary, as did the pairing of simple bottoms and streamlined, often layered tops and jackets. — M.M.

Zhivago: The Australian label, launched in 2012 and designed by friends and former retailers Lara Kovacevich and Lydia Tsvetnenko, brought an appropriate measure of sparkle and sex appeal to Los Angeles Fashion Week. The tight, tailored separates and dresses in metallic herringbone sequins, black leather and nude jersey looked right for a Hollywood red carpet or a Kardashian cocktail party — Kendall and Kylie Jenner are among their celebrity fans — while the full-length gowns struck a nice balance between covered up and exposed. They paired high necks and long sleeves with thigh-baring slits and bare backs. — M.M.

Marcelo Quadros: Brazilian designer Marcelo Quadros’ spring 2016 lineup was inspired by the African goddess of beauty and prosperity — and yet like most of his offerings, it also referenced the colorful, body-conscious vibe of South America. Quadros actually showed three collections in his runway show: signature eveningwear, his couture line and swimwear. The signature gowns of bias-cut chiffon in fuchsia and lemon yellow were simple and sexy — what embroidery and beading he did apply harkened back to a decorative, Sixties-Jackie-O-tours-India vibe — while the couture gowns were more over-the-top in white with gold lace. — M.M.

Emma Mulholland: Australian designer Emma Mulholland’s Pop Art take on streetwear was both playful and wearable. The patch-adorned denim jackets, jeans and overalls, along with those bearing sweetheart candy, guitar and palm tree prints, stuck a fine balance with flashier pieces such as a rainbow sequined spider web T-shirt and minidress. It’s no wonder, then, that both Katy Perry and Kanye West are fans. — M.M.

It was promising work, given this was only Ohno’s second offering. On the other hand, he didn’t seem to have enough experience to conceive a full collection. Instead, what came across was a series of items: a sheer cropped top printed with an image of a satellite, a silver A-line skirt, a belted tunic with a mock neck and sleeveless knitted sheathes. He did stand out with his futuristic dresses — particularly those emblazoned with a cheeky pun derived from splitting his family name in two. — K.T.L.T.

Her showstopper was a silver cap-sleeved maxidress that puffed up like a hot air balloon. While too extreme for most women, the styles are likely to resonate within the art circle that the painter-turned-designer inhabits. — K.T.L.T.

Vicken Derderian: Trained as an architect before moving into fashion, Vicken Derderian showed voluminous, sculptural separates that were also light, airy and wearable. He tweaked seemingly simple silhouettes — A-line dresses, circle skirts and boxy tops — with wide pleats, asymmetric hems, cantilevered shoulders and little poufs in the back. By adhering to a restrained palette of silver, brown, pale green and black and emphasizing textures such as metallic jacquard, he maintained an elegant edge to an artsy collection.

It’s interesting to note that he’s based in Pasadena, Calif., the quaint L.A. suburb — also home to Rodarte designers Kate and Laura Mulleavy — that’s close enough to the city’s fashion industry but far enough from the hullabaloo. With his strong skills and unique point of view, Derderian has the potential to cultivate a loyal following. — K.T.L.T.

Araksi Balyan: Although she got her start showing swim and streetwear inspired by Los Angeles neighborhoods, Araksi Balyan went for a sophisticated palette of crisp ivories and winter whites for spring. Snow queens were the inspiration as models slinked down the runway in slouchy trouser pants, crop tops with pintuck detailing and capes with military-influenced features.

Balyan’s motto — “If it’s basic, it’s not worth it” — was evident in the details. A pattern mimicking snowflakes and frost was laser cut on lamb leather for the collar of a duster coast cinched in at the waist. Flowing pants added drama, as did a jumpsuit with crisscross detailing in the front and worn with a capelet. — K.H.

Polina Zeynalian: Polina Zeynalian is known for drawing inspiration from architecture and her spring offering was no exception, featuring pieces with hard lines and masculine qualities. The collection was big on layering — dresses with cropped pants or skirts, for instance — that created a look of overall heaviness.

A graphic print that mixed black, blue and white was a dominant element, used on a shift dress, boxy sleeveless vest and as accents on the collar of a blazer. It was interspersed with a lavender-dusty rose fabric, as seen on a structured sleeveless gown that flared out at the waist into a high-low hemline and a slightly more casual dress with netting detail at the hemline. — K.H.