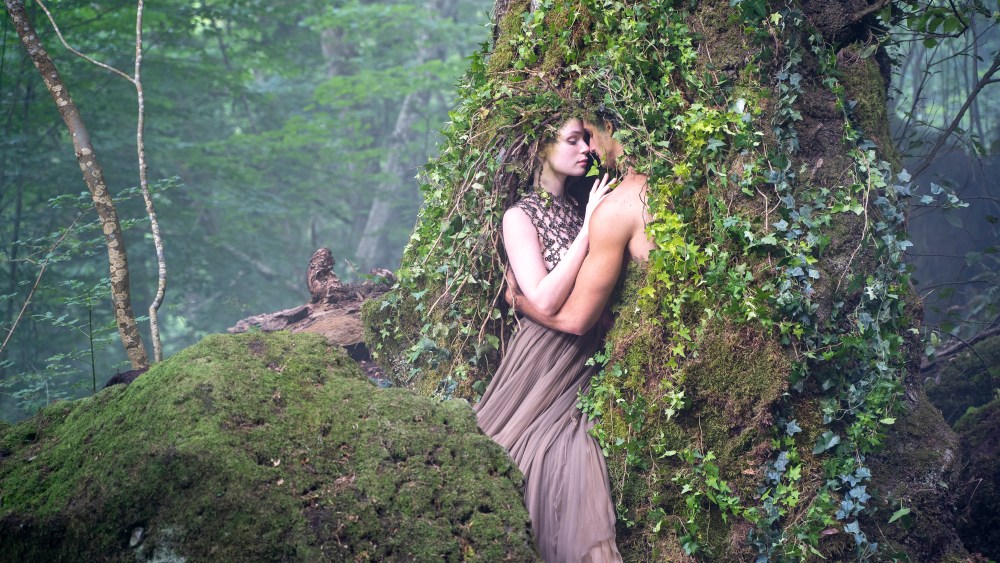 Not this time, with participants in their homes or offices behind computer screens or hunched over their phones to discover creative films dedicated to the fall couture collections.

Said films ranged from rapid-fire teaser clips clocking in at less than a minute to Dior’s mega production, a 10-minute mythical movie directed by famed Italian director Matteo Garrone that was followed by five minutes of rolling credits.

Plenty of couture houses — even Chanel — kept it simple with films that mimicked fashion shoots or runway shows.

A word of caution to brands: When using the same model and the same music throughout, tedium can set in.

Other films resembled music videos, while a few went for disturbing drama scenes. Here, a selection of highlights and lowlights.

Singer Mika is pitch-perfect as a retro newscaster offering deadpan commentary on Viktor & Rolf’s collection. His description of a spiky coat, part of a gloom-and-doom segment? “There’s a lot to feel angry about and this garment will communicate exactly that,” he intones.

Bouchra Jarrar kept everything close to home, filming twin sisters frolicking in her Paris apartment, where she produced many prototypes herself. Her models also ventured out to a park, giving a glimpse of an ultra-stylish life full of tender and silly moments. But her puppy Nash steals the movie.

Matteo Garrone’s movie for Dior caught some flak for its lack of diversity, and the glacial pace of this wordless journey through woods filled with fairy-tale creatures like a mermaid, nymphs and a faun. But it was dreamy and fantastical, which is what one expects from couture.

Clearly on a creative high, Ronald van der Kemp churned out eight films in a variety of styles. There was something for everyone across the 11 minutes of footage, with jolts of punk energy, and cool stop-motion effects.

Iris Van Herpen managed to hold your attention for two minutes despite only having one dress to show. But what a dress, like an abstracted white poppy floating around statuesque “Game of Thrones” actress Carice van Houten, who was captivating.

At Aelis, Sofia Crociani gave carte blanche to a friend, the choreographer Jacopo Godani, to conceive a performance art film, in which his dancers wear the couture clothes — or scurry across a room with dresses draped on their arms. Set in a vast room reminiscent of a church, they seem otherworldly, sometimes like fallen angels or multilimbed creatures.

Maison Rabih Kayrouz skillfully crossed the geographic divide with a film directed by Nasri Sayegh that took viewers to Beirut to see the origins of a dress — the sketch — before drawing the audience to Paris to witness its construction. The singular focus was effective, showing how the art of craftwork persists, and offering the simple pleasure of a beautiful, twirling skirt.

Rahul Mishra’s film exalted lavish embroideries, and ones with purpose: providing economic support to the artisans of his homeland of India, particularly hard hit by the coronavirus pandemic, and perpetuating ancestral traditions. He reminds us fashion is far from futile, even in the new world order.

If Antonio Grimaldi was out to give the couture crowd the heebie-jeebies, mission accomplished. His fashion film by Asia Argento about the Greek mythological character Electra, who plotted matricidal revenge for the murder of her father, is as bloody and wrenching as it sounds.

Franck Sorbier’s gloomy film features a Statue of Liberty in bondage, and women wandering around in elaborate mourning outfits. One is pursued by a black horse, and another by a man in a beaked mask like the one doctors would wear during the Black Plague. The mind boggles.

Live Coverage of the Couture Shows: Day 1, Day 2 and Day 3