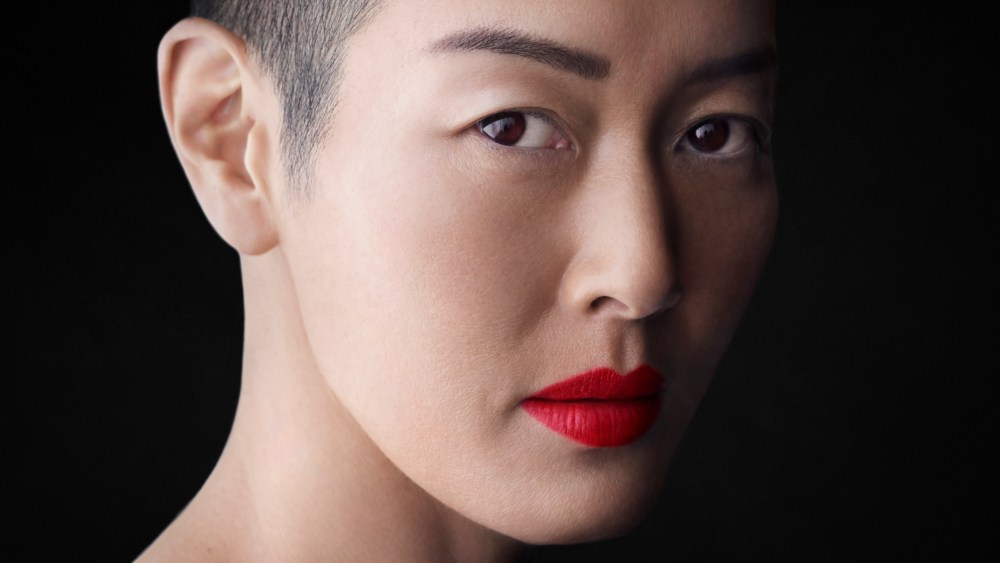 Hourglass Cosmetics is all about girl power and has found a new muse, Jenny Shimizu, to embody it.

The former Calvin Klein model stars in Los Angeles-based beauty brand’s campaign for Girl, a collection of 20 lipsticks bearing names such as Visionary, Innovator, Liberator, Activist, Explorer, Warrior, Leader and Icon to spread a message of strength and positivity. The campaign includes a social media effort tied to the hashtag #girlforgood that encourages people to share selfies emblazoned with the shade names they exemplify.

“We live in a world of unprecedented reach; it’s a time when anyone can use their influence for good,” said Shimizu, who was drawn to the affirmative mission of Hourglass’ Girl range. The 49-year-old has been largely out of the limelight of late residing in L.A. and working toward becoming a member of the city’s police department.

In the thick of developing Girl lipsticks, Carisa Janes, founder of Hourglass, met Shimizu’s wife, Michelle Harper. “I spoke with Jenny the next day, and we talked about her life and why she’s doing what she’s doing. She felt this desire to serve her community and that was so inspiring to me. I thought, ‘Wow, what a great story and what a perfect woman to represent the campaign,’” Janes said. “I asked her if she’d be up for returning to modeling for the campaign. She agreed, and we were shooting maybe a week later.”

Mark Seliger photographed Shimizu for the Girl campaign and Alice Lane handled the makeup. The central image is a close-up of Shimizu’s face, and she’s wearing the blue red shade Icon on her lips.

“I wanted to feel her confidence, and I wanted it to feel like Jenny and who she is,” Janes said. “We didn’t have anyone styling her. She wore her own clothing, and we kept the makeup very clean and quite minimal because she doesn’t wear a lot of makeup.”

The campaign will be circulated on the web, social media and at retail. To help fuel social media posts on Girl, Hourglass created an image generator at hourglasscosmetics.com/girlforgood, where users can upload pictures and imprint them with their favorite emboldening shade names. “Anyone can be a source of inspiration and a role model,” said Katie Welch, senior vice president, global marketing at Hourglass. “This is a way for us to show behind the selfie, if you will.”

The collection is set to premiere online on Tuesday, the same day the image generator will start, and roll out to stores on Jan. 27.

Girl is Hourglass’ first major release in the lip category in quite a while. While liquid lipsticks have been a phenomenon for many makeup brands recently, Hourglass was early to the matte lip craze with the 2012 introduction of Opaque Rogue Liquid Lipsticks and has gone in a silkier direction with a Girl formula that contains jojoba, shea butter, mimosa and sunflower seed. The Girl lipsticks are housed in stylograph packaging.

After a 2016 in which Vanish Seamless Foundation Stick became the most successful launch in Hourglass’ 13-year history, the brand is optimistic Girl will maintain its momentum this year. It will be available in Barneys New York, Bergdorf Goodman, Canyon Ranch, Bluemercury, Sephora, Space NK, Net-a-porter, Nordstrom and Hourglass’ flagship store. Industry sources estimate Girl will generate $15 million in retail sales during its initial year on the market.