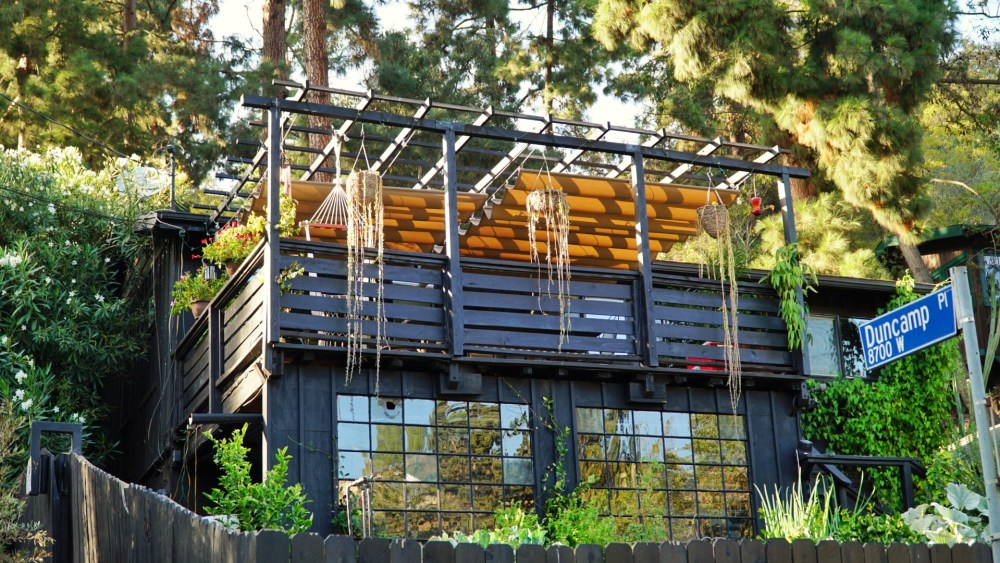 Lauren Andersen might spend much of her time painting the faces of beautiful A-list actresses such as Jessica Alba and Reese Witherspoon, but the celebrity makeup artist rarely brings her work home.

“I tend to go to their houses or studios or on location. My house is very much my sanctuary,” she says of the two-bedroom Laurel Canyon cabin-style property that she has called home for four years, but is selling for just shy of $1 million as she and her boyfriend search for more space ahead of starting a family.

“I’m surrounded by trees and nature and I don’t actually feel like I live in Los Angeles. I feel like I live more in Yosemite. I have big pine trees in the backyard. All my views are canyons and it’s really peaceful.”

The house was originally built in the Sixties as a cabin that formed part of a Laurel Canyon hunting lodge retreat and one of her neighbors has what used to be the big lodge house. “The area is full of lots of little cabins that people could retreat to. They’re like tiny little bungalows,” she tells WWD.

Since she bought it, the Californian native has made a few changes, redoing the rooftop deck to give the house a tree-house feel and reconfiguring the floor plan, making the closets bigger and the bathroom much larger — the latter is her favorite room in the house.

“It’s where I rinse off everyone else’s energy and come back in my own energy so my bathroom is a very important space for renewal for me so I think I put most of my energy into it. It’s a little bit larger and it has light and it’s where I get ready and unwind.”

She also installed French doors that open out to the backyard where fairy lights surround three sixty-foot tall pine trees and two entertaining areas (one with a fire pit), as well as adding a downstairs bathroom.

While she bought it before she met her boyfriend and describes it as her “single girl” house, she says that the style of the house has evolved quite a bit since he moved in and is now a mixture of both their tastes: “We’re both very arty. It’s very colorful and eclectic and woodsy and warm.”

It’s filled with a number of eclectic pieces such a fish tank inside an old television, but the stand out piece has to be a log style-leather sofa, which continues the cabin theme of the home.

“I found it at West Coast Modern. I wasn’t looking for a sofa at all. I already had a couch that I liked and it wasn’t even that old, but I just had to have it. I’m obsessed with trees and I love being in nature and it’s such a unique woodsy piece and the fact that it’s leather couch really makes my boyfriend happy so it’s a perfect meeting of both of our tastes in one piece.”

The listing agent is Naz Nowtash of Compass.