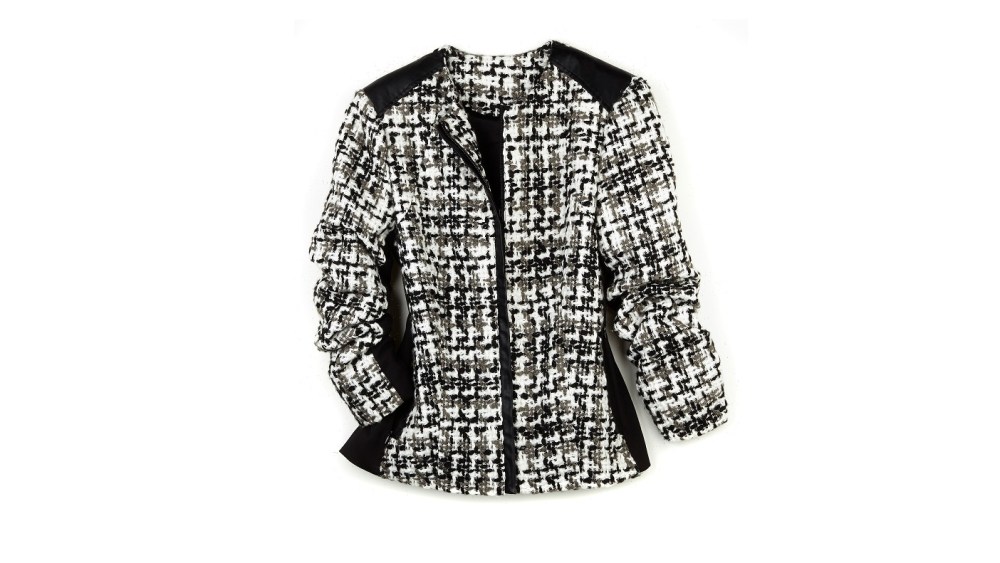 COSTUME PLAY: HSN is putting costume designers from popular TV shows in front of the camera.

Janie Bryant, Lori Eskowitz-Carter, Daniel Lawson and Jill Ohanneson are each contributing to a capsule collection that HSN is unveiling on its TV shopping network and Web site on Oct. 22. To differentiate the designers within the quartet, HSN assigned each a particular category that plays to their strengths. Lawson, who’s known for dressing Julianna Margulies as an elegant lawyer on “The Good Wife,” created jackets and a faux Astrakhan coat that would be stylish but affordable options for the workplace. Having worked on “Hot in Cleveland” and “Clipped,” Eskowitz-Carter put a contemporary spin to track suits. Ohanneson, whose most recent project was dressing murderous socialites on “Revenge,” added tasteful details to ponchos. An Emmy winner for “Deadwood” and strongly identified with her Sixties-inspired work on “Mad Men,” Bryant glammed up leggings with gold zippers. Retail prices run between $59 and $249. They all appear in behind-the-scenes videos that HSN plans to broadcast during the launch of the collection, called “From the Set.”

“Storytelling is so important to HSN,” said Katherine Davenport, vice president of apparel. While the St. Petersburg, Fla.-based company has collaborated with celebrities such as Serena Williams, this is the first time it’s linked with costume designers. “What’s interesting about costume designers is, through their design, they have an opportunity to tell a story.”

For the costume designers, this one-time tie-up with HSN is the latest example of how they are building their own brands based on distinctive styles they have created for entertainment viewed by millions of people. In addition to his line of upscale businesswear called 35-DL, Lawson also designs a jewelry line, DL for Pono, produced by Pono by Joan Goodman. Parlaying the popularity of the “Mad Men” aesthetic, Bryant has previously inked deals that have run the gamut from form-fitting dresses for Black Halo to retro lingerie by Maidenform to mod-style clothing and accessories with HSN’s rival, QVC.