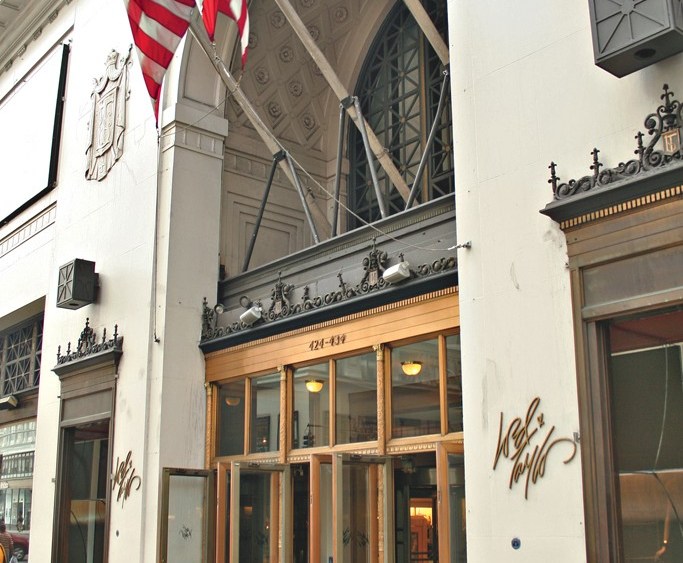 Richard Baker may be getting closer to taking the stock plunge with Hudson’s Bay Co.

The firm, which operates The Bay in Canada and Lord & Taylor in the U.S., is said to be in the final stages of preparing an initial public offering on the Toronto Stock Exchange, WWD has learned. A registration statement could be filed as soon as today.

When asked this summer about a potential IPO, Baker said, “There is nothing on the radar at the moment. But it could come at any time.”

Hudson’s Bay initially planned to sell a 20 percent stake to the public last fall, but the offering was put on hold amid stock market jitters.

The scene has changed since then: Interest in Canadian retail has increased, fashion-related initial public offerings are having a moment and the market in Toronto has stabilized some after bottoming out last October. The S&P/TSX Composite is up 2.3 percent to 12,229.96 so far this year. Plus Baker has in the past expressed bullishness about the Lord & Taylor business in the U.S. L&T has opened two new stores — in Yonkers, N.Y., and Salem, N.H. — its first in more than a decade.

No one has failed to notice the ultrasuccessful Michael Kors Holdings Ltd. IPO in December. Even in a business as different as department stores, investors have been reawakened to the potential payoff of strong brands in fashion and retail. Vince and J Brand are testing the public waters and Neiman Marcus’ private equity owners, TPG and Warburg Pincus, are believed to be looking to exit their 2005 investment with an offering.

A Hudson’s Bay IPO would be a significant milestone for Baker, the 342-year-old company and what looks to be a general Canadian retail renaissance. Hudson’s Bay is on track to post 2012 earnings before interest, taxes, depreciation and appreciation of $450 million on sales of about $4 billion, according to industry
estimates this summer.

The modern day Hudson’s Bay is a creation of Baker’s, a real estate executive turned retailer who serves as the company’s governor and chief executive officer. Baker’s NRDC Equity Partners bought Hudson’s Bay for $1.1 billion in 2008. He turned around and sold the leases for its Zellers chain to Target Corp. for $1.84 billion. This year, the company was consolidated with Lord & Taylor, which NRDC bought for $1 billion in 2006.

The Canadian market is becoming increasingly competitive. In addition to Target, Nordstrom plans to start opening full-line stores in the country in fall 2014 beginning in Calgary and then moving to Ottawa, Toronto and Vancouver. Of the two entrants, Nordstrom offers more direct competition. Canadian department store chain Holt Renfrew also is stepping up its game by introducing more designer and luxury brands to its key stores.

Hudson’s Bay president Bonnie Brooks, who oversees both The Bay and Lord & Taylor, said in an interview this summer: “We are a good option for someone trading down just slightly from the very high end, but isn’t prepared to trade down to a discount store. We are in an excellent position, really in the better and middle markets.”

For someone who was initially attracted by the real estate in The Bay, which has seven flagships, and Lord & Taylor, Baker has become a very active retailer.

The company plans to invest more than $1 billion in renovations over the next five years, impacting all 91 The Bay doors and all 48 Lord & Taylor units. A good portion of that money will be used to add Topshop stores inside The Bay. Other brand hook ups are being contemplated.

Over the past three years, The Bay has cut 800 of its 1,200 brands and brought in new names with to modernize the assortment.

Hudson’s Bay also plans boost its private label penetration to 30 percent from 10 percent and is beefing up its technology to give it more of an omnichannel positioning, linking Web and store.

“I’m not in the real estate business anymore,” Baker told WWD this summer. “I’m in the retail operating business, which happens to own a lot of real estate.”