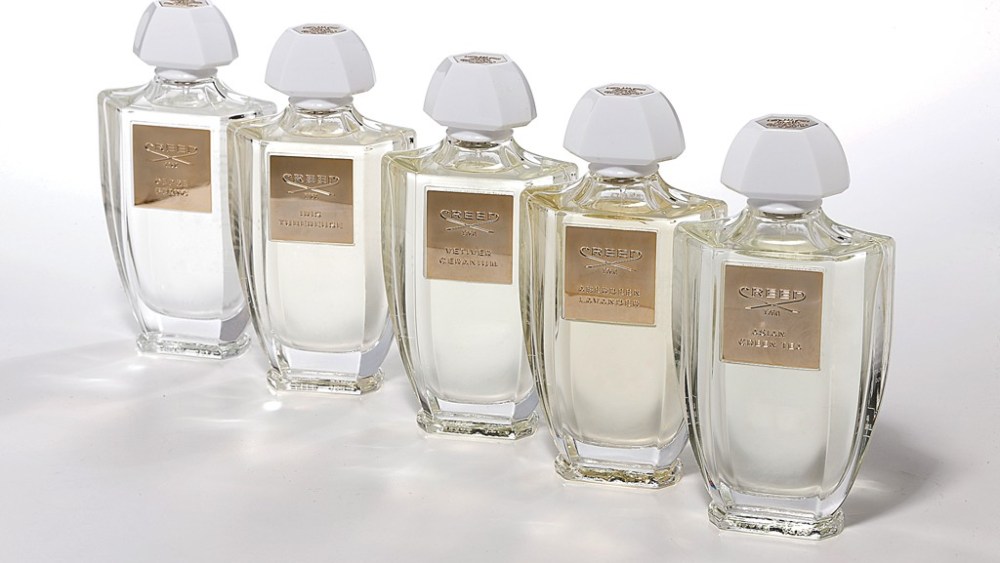 With its new Acqua Originale collection of five unisex fragrances, Creed is unveiling what it bills as its biggest launch ever.

“The inspiration is based on Olivier [Creed’s] living fragrance journal of travel throughout the world,” said Thomas Saujet, president of ICP. “It is inspired by different places that he’s fallen in love with.”

For instance, Asian Green Tea was inspired by the culture and art of Japan. Each retails for $300 for 100 ml. “We anticipate [Asian Green Tea] will be our number-one seller in the collection,” noted Saujet, adding that Acqua Originale goes back to the traditional way of making perfume with the brand’s infusion technique.

Each fragrance is housed in a glass flacon that evokes the broad wings of a bird in flight. Acqua Originale will be launched at 53 Neiman Marcus doors and five Holt Renfrew retail locations. Following the exclusive, it will rollout to Saks Fifth Avenue, Creed’s Madison Avenue boutique in New York and creedboutique.com.

For the launch, Creed will utilize its Instagram feed and partner with artist Marta Spendowska, aka Verymarta, who will put one illustration a day on the brand’s feed, showcasing the whimsy of exploration.

Executives would not discuss sales figures, but industry sources estimate the new collection will ring up $7 million to $8 million in first-year retail sales in the U.S. and Canada.

But that’s not ICP’s only news. In September, the company will launch a new pillar for Hanae Mori.

“We haven’t had a permanent new fragrance since 2006, since the introduction of [Hanae Mori] Magical Moon,” said Saujet.

The new scent is a takeoff of the gourmand juice from the limited-edition Eau de Collection. Hanae embodies a spirit of youth and the three cities, Tokyo, New York and Paris, that Madame Hanae Mori loved and worked in.

In the U.S., the scent will be available exclusively for six months at 300 Macy’s doors and 30 Hudson’s Bay retail locations. With Macy’s, the company will do a visual week with advertising throughout the store.

While Saujet declined to discuss sales projections, industry sources estimated that Hanae Mori Hanae could generate first-year sales of $6 million to $7 million at retail in the U.S. and Canada.

Meanwhile, in the spring, ICP will add to its portfolio with the introduction of two Carven men’s fragrances, Pour Homme and Vetiver.

“The fashion is exploding in terms of [Carven’s] brand awareness,” said Saujet. “Paris opened its first men’s [clothing] store so there’s definitely a focus on developing the men’s business.”

Pour Homme will be an entirely new juice, while Vetiver will consist of the classic formula from the 1957 original scent.

Since the fragrance won’t be available until 2015, executives weren’t open to discussing the scent further, but with all the newness for the distributor and licensee they are not planning on changing the way they focus on a new launch.

“Essentially, our objective is not a launch,” said Emmanuel Saujet, chief executive officer of ICP, adding that the fragrance business has become more commoditized. “It’s really what takes place two, three or five years after a launch. Twenty years ago it was a lot less about the gift and more about the content. Most [beauty] companies choose venues that are rich in advertising and image driven; we focus on the store level and on our customers.”

Emmanuel Saujet hinted that ICP is looking to either acquire or create a new brand. While the brothers wouldn’t elaborate on the new initiative, Emmanuel Saujet said, “We are working on a grand project, which will hopefully fuel the future growth of ICP. It’s not a lot more, but perhaps one or two additional brands that we are working on either though an acquisition or partnership or creation.”

While the Saujets wouldn’t discuss ICP’s current sales, industry sources estimate that for the 12 months ending in June, its revenue was up 15 percent and the company is on track to achieve $60 million to $65 million within fiscal year ending in 2016.