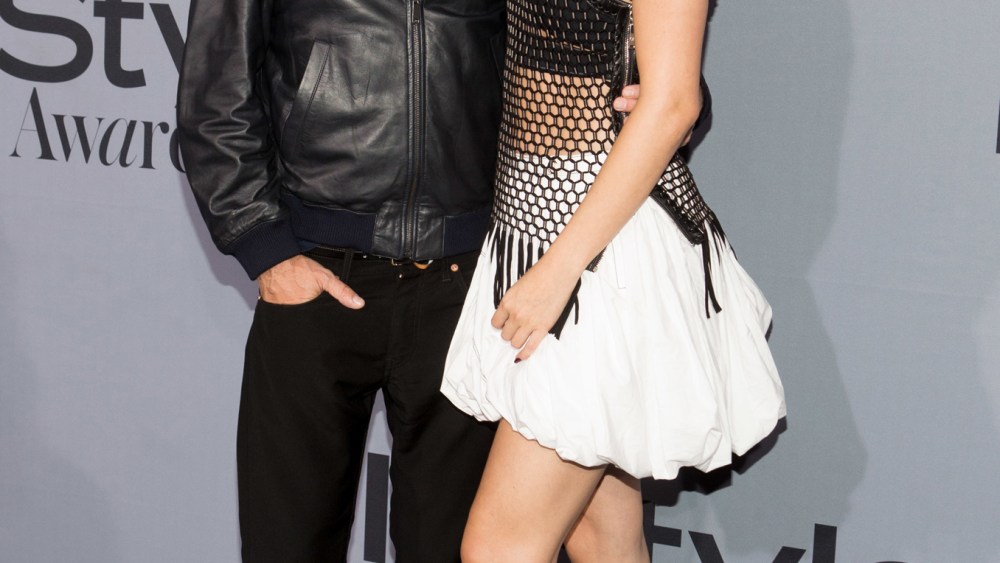 Williams flew to L.A. to honor her pal Ghesquière, whom she called “the best date I’ve had in years.” Said Williams, “It helps so much to be with someone you genuinely want to be near and talk to. It just adds a component of reality and friendship.” “We’ve been hanging out quite a bit over the years,” Ghesquière added. The designer was able to spend four days in L.A. on the heels of a trip to Brazil, where Louis Vuitton will stage its resort show in Rio. Next, he heads to Japan for a design inspiration trip. “I never dreamed it would be possible to have such a wonderful time doing what I love most, fashion,” he said.

Roberts also didn’t hesitate to pen a speech from the heart for Normant. “He’s not my hairdresser friend, he’s my sit-on-the-couch-and-eat-takeout-and-watch-YouTube-videos friend. Miss Gay Nicaragua — it never gets old — in case anyone is bored later,” she said.

Kravitz, who admitted to nerves before accepting her Breakthrough Award, said it was a comfort to have mom Lisa Bonet present it. “There’s a lot of pressure when you are being recognized for fashion, so for me the answer was to be as minimal as I could be. It’s not about being the loudest in the room, it’s about feeling comfortable and sexy and representing who you are,” she said of her Calvin Klein Collection slipdress.

Gomez echoed the sentiment while giving credit to her stylist Young. “There’s pressure for my generation to feel like sexy is tight and cutouts and all these trends. Kate would present these pieces that I would never think to wear and never think that I’d feel sexy in, but [she] allowed me to take chances that I wouldn’t have before.”

Kardashian, on the other hand, took no chances with her look and showed up in another white, belly-hugging number that was inexplicably flattering. “If I wasn’t doing what I do now, I’d be a makeup artist,” she said, before handing Tilbury her award.

Never one to shy away from airing her opinion, Paltrow summed up the evening by saying, “Well done. Usually these things are a tacky clusterf–k but this is amazingly gorgeous and elegant.”