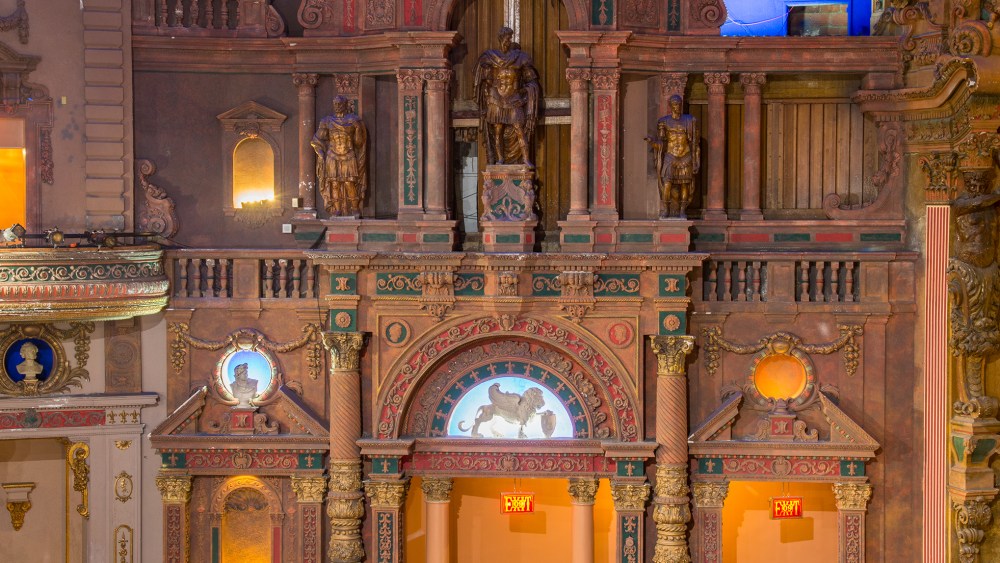 Most people know about the importance of landmarking buildings in a fast-changing city such as New York, but far fewer are familiar with the preservation of interiors. That’s where a book such as “Interior Landmarks: Treasures of New York,” by Judith Gura and Kate Wood, with photography by Larry Lederman (The New York School of Interior Design/The Monacelli Press), comes in. The New York School of Interior Design, Patricia M. Sovern, chairman of its board of trustees, and David Sprouls, its president, held a book party for “Interior Landmarks” on Thursday night at the Grill Room of the Four Seasons restaurant.

The book, which is intended to celebrate the 50th anniversary of New York’s Landmarks Law, features plenty of famous interiors, such as those of the Great Hall of the Metropolitan Museum of Art, created in 1902; the theater at Radio City Music Hall, from 1932; Grand Central Terminal, from 1913, and the Pierpont Morgan Library of 1906. There are also lesser-known gems such as the remarkable Art Deco interior of the Film Center Building of 1929, which features an exuberant geometric mosaic in bright red, yellow, fuchsia and blue in a style of design that’s more commonly rendered in gold, silver, black and gray, and Loew’s Paradise Theater, also built in 1929, which contains all manner of over-the-top decorative details, including reproductions of some of Michelangelo’s sculptures. It was one of five “wonder” theaters put up by the Loew’s theater chain, done in a fantastical pastiche of styles and motifs, including Persian, Egyptian, Spanish and Italian details.

The Four Seasons restaurant, which is in the landmarked Seagram Building, designed by Mies van der Rohe and Philip Johnson, with a landmarked interior by Johnson, is also part of the ongoing push-and-pull between landmarking and economic concerns. After a dustup between preservationists and Aby Rosen, the current owner of the building, over the Picasso tapestry, “Le Tricorne,” which had been in place in a hallway of the restaurant for 50 years, it was removed in September 2014. Rosen reportedly reached an impasse in negotiations with Julian Niccolini and Alex von Bidder, who own the Four Seasons, over Rosen’s desire to up their $1 million-a-year rent considerably, and now the restaurateurs intend to take their celebrated dining spot downtown.

One writer of the book, Judith Gura, observed that, at one point in the Seventies, there was a movement afoot to “update” the lobbies of the Chrysler Building, to “make them more modern.” Gura, who is on the faculty of the New York School of Interior Design, said the landmark laws extend to buildings put up as recently as 1985, and that a number of noteworthy buildings from the Seventies and Eighties are still being torn down because few people are aware of this. “They only think of old fancy stuff when they think of landmarks,” she said.

The writer, activist and former Cultural Commissioner of New York City, Barbaralee Diamonstein-Spielvogel, was the one who put the book in motion, calling on her extensive set of contacts to see that a book was published to go with an exhibition at the School of Interior Design to mark the anniversary of the law.

One of the people recruited was Lederman, who is also the author and photographer of “Magnificent Trees of the New York Botanical Garden.” He talked about the technical aspects of taking photos for the book. “A lot of these spots were very dark, and it was hard to see. With long exposures of the camera using natural light, you get these amazing colors.” What happens, as in the Della Robbia Bar, is that even the waiters who worked there were unaware that certain decorative tiles were yellow, while others were a light tan. He described the inside of the Film Center Building as “stygian,” saying that the vivid colors of its tiles only became evident as he photographed.

Kent L. Barwick, who was the head of the New York City Landmarks Preservation Commission from 1978 to 1983, and is also a former head of the Municipal Arts Society, said one of the things he was most proud of was designating certain subway stations as landmarks. “It’s great to restore an important part of the daily environment,” he said.

And interior designer Kitty Hawks, who’s known for working in a variety of styles, mentioned that she had graduated from architecture school at University of California, Los Angeles. She also recalled decorating offices for Michael Ovitz when he was head of Creative Artists Agency and when he was president of the Walt Disney Co., and observed that she helped him have greater respect for the design of the Team Disney Building by Michael Graves, what she called, “the intellectual discipline of the language” the architect used.