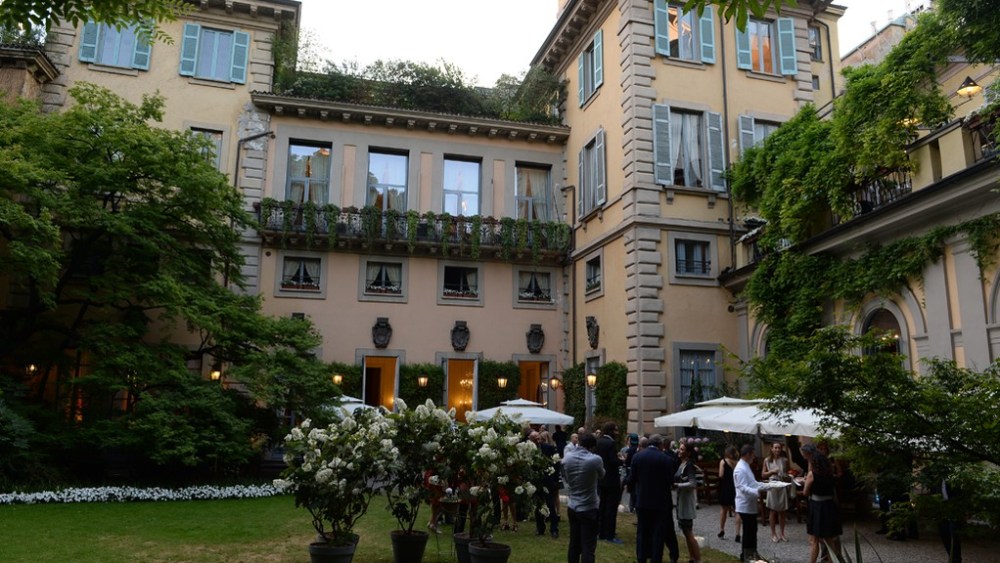 FROM ON HIGH: There were three main topics of conversation amongst the crowd that turned up at the Camera Nazionale della Moda’s dinner on Friday: World Cup soccer, with the Italian team losing to Costarica that evening; a newly revitalized men’s fashion week following what many called one of Pitti Uomo’s best seasons; and the stunning location for the event — Milan’s exclusive gentlemen’s club, the Società del Giardino, and its luscious garden.

Pitti’s success prompted its chief executive, Raffaello Napoleone, to already start putting his thinking cap on for January. “Now we have to think of ways to top this season,” he said, shaking his head.

About 15 Missoni family members were in attendance to support Rosita Missoni, whom the evening celebrated for being nominated Cavaliere del Lavoro, one of the highest honors bestowed by the president of the Italian Republic.

“We will actually be awarded in October,” the Missoni matriarch clarified, flanked by the Camera’s ceo Jane Reeve and Milan’s mayor, Giuliano Pisapia.

Mario Boselli, president of the fashion association, recounted how Missoni’s late husband, Tai, who was also a Cavaliere del Lavoro, always said his wife should have been given the tribute.

“He managed to make things right from up above,” said Boselli.

“He always said that because he made me work so much,” Rosita Missoni joked.