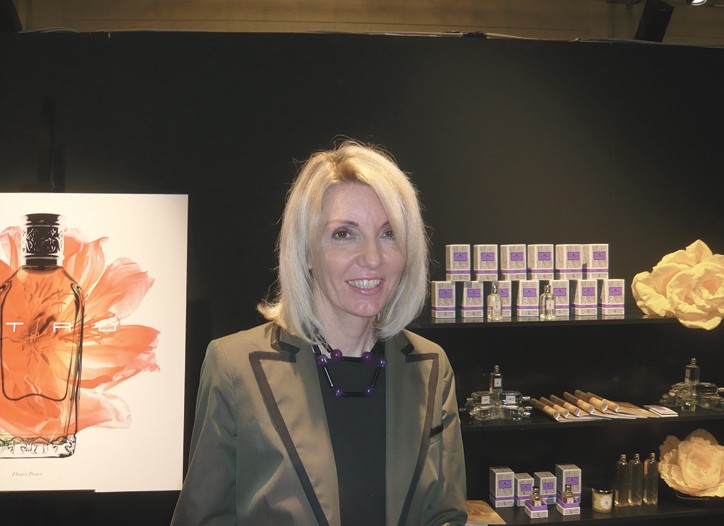 MILAN — People on the scent of novelty have a new destination in Italy: the Esxence niche fragrance fair. Its debut session, which ran from April 2 to 5 here, drew more than 80 exhibiting brands and over 2,500 attendees, including buyers from Germany, Ukraine and Switzerland.

As reported, Esxence was splintered off from Cosmoprof’s Masterpieces section after Celso Fadelli, of Gruppo HI Herbarium Intertrade, and Silvio Levi, of Calè Srl, had divergent opinions with organizers.

“The niche beauty industry really needs an event like Esxence,” said Fadelli, adding the goal is ultimately to move Esxence to cities around the world, including London, Paris and New York. “The idea is to take the message outside of Italy, where the category is very strong.”

There’s been international attention already; Fadelli said perfumery buyers from France’s Galeries Lafayette and Douglas Russia were among the show’s visitors. Those trolling Esxence were on a particular quest.

“We are looking for something different than the usual,” said Daniela Manzoni, product manager for perfumes and cosmetics at Italy’s Coin department store.

Niche brands seem to be a top priority, in part for their strength in a downturn.

“We have the advantage of being small, so we are not really impacted,” said Sebastián Alvarez Murena, co-founder of Eau d’Italie. “With small brands, they have no salaries to pay. They should be more resilient.”

Attendees weren’t let down by the selection at Esxence. Among the standout brands spotted at the fair were Humiecki & Graef, the brainchild of Sebastian Fischenich and Tobias Müksch, who also run a design and communication agency. The label’s five unisex fragrances tout names such as Askew and Skarb; each is meant to represent a particular emotion and features a cap made of a different material (like porcelain or enamel). This year, two more fragrances will be introduced to the lineup, which is sold via luckyscent.com in the U.S. and in concept stores such as Berlin’s Departmentstore Quartier 206. Every 100-ml. eau de toilette concentrée spray retails for 149 euros, or $198 at current exchange.

Also from the visual arts scene comes industrial, graphic and interior designer James Heeley, who launched his signature brand some four years ago in Europe. His products are retailed in numerous markets, including 30 sales points in Italy, at Barneys New York and Aedes de Venustas in the U.S., Browns in London and Colette in Paris. The line includes nine eaux de parfum and — to be launched soon — 10 candles, replete with wooden lids.

Meanwhile, Lorenzo Villoresi Firenze introduced a collection of handmade scented incense sticks and scented crystals as part of its fragrance and candle collection. The brand is carried in about 30 countries worldwide and will soon branch into new forms of home fragrance. A personal scent, Malenostrom, is due out in September.

Lorenzo Villoresi is also developing a 16,670-square-foot center for perfumery-related projects in Florence. A section of it should be opened this fall and the rest in spring 2010. Villoresi, who has created scented products for Fendi, Giorgio Armani and Seibu Department Stores, among others, explained the center will be multipurpose and host courses for the public.

Distributor Intertrade Europe, meantime, brought 16 of its fragrance clients to the Esxence fair. Its overall goal is to have its brands in no more than 125 doors globally. In the U.S., distribution plans include a corner with Studio BeautyMix in Santa Monica, Calif.; Barneys, and luckyscent.com.

Among Intertrade’s new brands was the Hype Noses line of 20 candles, which were launched this fall by painter Stéphane Humbert Lucas. Each retails for about $85. Recently introduced in the U.S. was Profumi Del Forte’s line of personal and home scents, which range in price from approximately $120 to $300. Each bottle is hand carved and some have round marble caps. The latest addition to the collection will be Forte by Night in September. The Nasomatto fragrances, introduced exclusively in Barneys a year ago, have funky caps made of wood in square shapes. Perfumer Alessandro Gualtieri, who has collaborated with the likes of Versace, Diesel and Helmut Lang, is behind the line. The newest scent in the Nasomatto (meaning “crazy nose,” in Italian) line is Black Afghan. The 30-ml. perfume extract is $148.

Fashion brand Etro is celebrating its 20th anniversary in the fragrance industry with a major overhaul. “We wanted to update the image of fragrance to create a stronger link with fashion,” said Luisella Tepatti, general manager of Etro’s fragrance and accessory division.

The 22 Etro fragrances’ packaging, which had formerly been in black-and-white, is now color-coded.

“We’re proposing a new way for customers to select the scents,” she said.