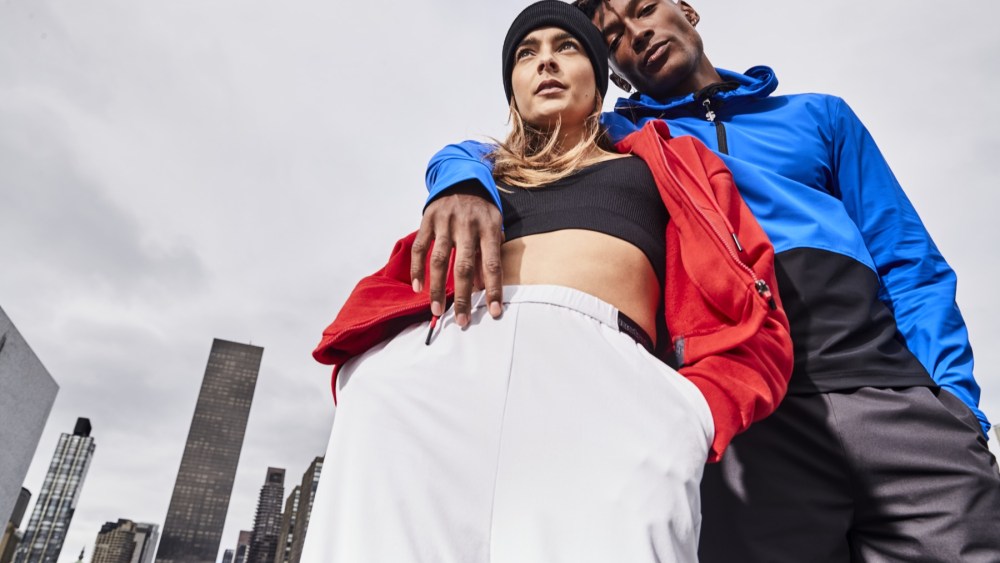 The relationship between J.C. Penney and Authentic Brands Group continues to deepen.

On Tuesday, during the Sports Illustrated Awards in Florida, the company held a half-time fashion show to unveil its exclusive new collection: Sports Illustrated for J.C. Penney. The athletic-themed lifestyle collection for men, women and children’s will hit Penney’s stores on Jan. 6.

In September, ABG and Penney’s teamed up to launch the Juicy by Juicy Couture collection of women’s and children’s apparel, footwear and accessories. Forever 21 is expected to be added to the mix later this month with additional ABG brands coming on board next year.

ABG, the brand management firm, owns more than 30 brands including Sports Illustrated, Reebok and others. It also has a joint venture with the Simon Property Group called SPARC which owns Brooks Brothers, Eddie Bauer, Nautica, Forever 21, Lucky Brand and Aéropostale. ABG is helping to strengthen the merchandising at Penney’s, which was bought out of bankruptcy last year by Simon and Brookfield Asset Management.

Dana Carpenter, executive vice president of entertainment for ABG, said that since the company purchased Sports Illustrated about two-and-a-half years ago for $110 million, there have been “a handful of collaborations” involving product including Nasty Gal for women’s activewear and athleisure, Unknwn for a T-shirt and hoodie commemorating the brand’s co-owner LeBron James, and Mitchell & Ness for a line of Ts featuring SI covers. There is also a collection of women’s swimwear under the SI Swim name that launched in summer 2020.

But unlike the capsule collections, the deal with Penney’s is long-term encompassing a number of categories, Carpenter said.

Michelle Wlazlo, executive vice president and chief merchandising officer for Penney’s, said that whenever the retailer adds a new brand, it needs to fill a void in the assortment. “We have a mix of private and national brands,” she said, “but this offers an unparalleled fusion of sport and style.” Among the brands carried at the store are Champion, Fila, Adidas, Puma and its own Xersion private label.

She said the design team at Penney’s, which created the collection, “looked at archival moments” from SI’s history and offered a fresh take with a “modern aesthetic.”

That includes performance-skewed products such as leggings and cropped tops, sports bras, joggers and jackets for women, and hoodies, sweatshirts, sweatpants, shorts and tanks for guys. The kids offering is similar, offering sweats, Ts and jackets for boys and girls.

Fabrics include stretch wovens, centurion perforated mesh, softened scuba, fleece and cotton with subtle SI branding and designs with a retro flair which are designed to be mixed and matched.

Prices range from $25 to $100. The collections will be available in women’s plus and men’s big & tall sizes as well, she said.

For the launch, all 500-plus stores will carry the women’s and men’s lines with 300 doors carrying the plus, big & tall and kids collections. Footwear will be added in half the stores next spring.

In stores, Wlazlo said the line will be merchandised within specific gender departments — so the men’s wear in the men’s area — although they may be grouped in certain stores.

Carpenter said the idea to unveil the collection during the annual Sports Illustrated Awards at the Seminole Hard Rock Hotel and Casino in Hollywood, Fla., Tuesday was made because of the interest in the event where the Sportsperson of the Year will also be revealed.

“It was fully digital last year and will be live this year,” she said. “We thought of doing a half-time fashion show to generate excitement before the launch on Jan. 6. We didn’t just want to drop a collection in the new year and thought this was a really unique way to tie things together.”

The show will feature a runway walk with a diverse cast of models that will be livestreamed The collection will also be supported by a campaign that was shot by David Roemer on New York’s Roosevelt Island that features a cast including SI Swim Search model Ally Courtnall.

Carpenter said that when ABG bought SI, it was a magazine and content producer, but it has since expanded into “a lot of verticals” including tie-ins with big sporting events such as the Super Bowl and Formula 1 racing. “Product and events are a big piece,” Carpenter said.

Wlazlo said the collection will be refreshed seasonally throughout the year by the Penney’s design team and she expects that it will be among the company’s best performers.

In addition to Juicy, Forever 21 and the SI collection, Penney’s also has a long-standing relationship with Shaquille O’Neal, another ABG partner brand, that is being expanded, she said. On Tuesday, the retailer added big & tall casualwear to Shaq XLG tailored clothing offering.

Wlazlo said that when deciding to add a new brand to its mix, it needs to be “unique” and fill a white space in the assortment. “We are not just going to add any brand,” she said. “It needs to be additive, not duplicative.”

Carpenter added: “This is something we believe has legs to grow in a number of product categories such as footwear and accessories. It’s not meant to be fleeting.”

Penney’s has been working to beef up its presence in the face of heightened competition from Kohl’s and Target. During the pandemic, the Plano, Texas-based retailer came close to liquidation but was lifted out of bankruptcy in December 2020 by Simon and Brookfield which acquired its retail and operating assets. Simon and Brookfield needed Penney’s stores to continue to operate to keep other leaseholders in the malls and help get potential tenants to sign leases. Penney’s first-lien secured lenders, many of whom also supplied its debtor-in-possession financing, took over the property business that includes 160 real estate locations and six distribution centers. A vast amount of debt was erased from Penney’s books through the transfer of ownership.