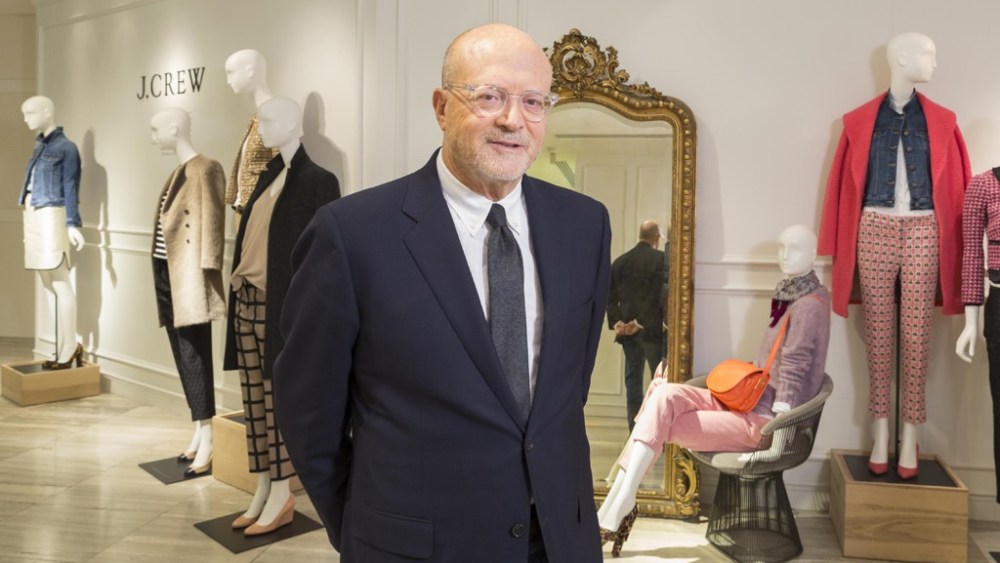 The New York-based apparel maker is reentering the Asian market with an edited collection of its women’s and men’s wear at Lane Crawford stores in both Hong Kong and Beijing.

J. Crew chief executive officer Millard “Mickey” Drexler, who arrived for the Hong Kong kickoff party just a day ago, characterized the collection at Lane Crawford as “very, very edited,” with more of a focus on the higher-end J. Crew Collection business and featuring more novelty items, as well as much of J. Crew’s cashmere collection.

Hong Kong customers have “a huge appetite for fashion and are receptive to “newness,” said Andrew Keith, president of Lane Crawford and Joyce, explaining the curated collection’s fashion-forward slant.

To play up the J. Crew launch, Lane Crawford has allotted a roughly 2,700-square-foot space at the center of its store in Hong Kong’s central district. The J. Crew display features some key fashion pieces from the women’s fall collection, such as the Collection bow blouse and skirt in electric plaid or the Collection sequin color-blocked top. There is a separate men’s wear section decked out with a decorative liquor bar. The displays will be in the Lane Crawford store through the end of October after which J. Crew will be sold in the contemporary section. Lane Crawford is also selling J. Crew in its Canton Road store in Hong Kong’s Tsim Sha Tsui district, as well as at its Beijing store in Seasons Place.

Of Lane Crawford’s 200-plus women’s wear brands, about 55 percent are in the contemporary category. According to Keith, contemporary sales are among the fastest-growing as customers become more confident and comfortable about mixing and matching contemporary with designer brands. “We still have a great designer customer. I think what’s happening is she’s also savvy to the fact that there’s a great product available at contemporary price points. And also what’s happening is contemporary customers are feeling a lot more confident in terms of putting their own looks together,” said Keith. Lane Crawford is seeing strong double-digit sales growth, despite the slowing economy, he noted.

In addition to the physical location, both J. Crew and Lane Crawford are making a strong push online. J. Crew rolled out worldwide shipping to 107 markets earlier this year. Hong Kong is now J. Crew’s fifth-largest market for online sales. Lane Crawford, which launched online shopping only a year ago, has seen strong demand for J. Crew since its introduction 10 days ago. Lane Crawford reported that online J. Crew sales have contributed to 45 percent of the store’s total online women’s wear business over its first 10 days of trading.

Popular items have remained similar across markets, Drexler said. Some of the best-selling items this season, both in Hong Kong and elsewhere, are the cashmere polka-dot sweater, boyfriend sweater and 484 men’s jeans.

Meanwhile, J. Crew continues to scope out store locations in Hong Kong and London. “Nothing is signed” yet in London, but Drexler hopes to have something by the end of the year. Hong Kong is likely to follow. The company is taking a cautious approach with China and doesn’t have any immediate plans to open a store in Beijing or Shanghai.

“It’s an opportunity. Hong Kong is a major fashion center with a lot of potential business for us, and if there are Mainland Chinese customers, we’d certainly welcome them also,” Drexler said.