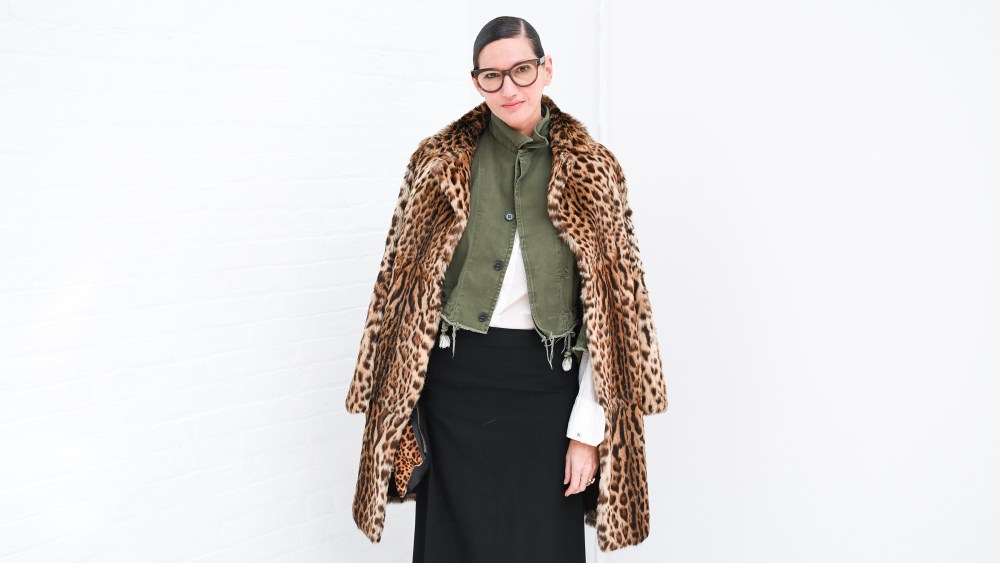 In the c-suite or out, Jenna Lyons is getting paid.

The lightening rod president and executive creative director at J. Crew Group Inc., who was downgraded to “adviser” this week — is set to continue to receive her salary for a year after her contract expires on Dec. 9.

“In recognition of the good will that each of Ms. Lyons and the company have for each other, although not required pursuant to the terms of [her 2010] employment agreement, the company will pay to Ms. Lyons separation pay consisting of base salary continuation and reimbursement of health care premiums for the one-year period following her separation date,” the company said in a regulatory filing this week.

That pay could be reduced if Lyons gets money from a new employer although she agreed not to compete with J. Crew for six months.

Additionally, the company said it would fully vest Lyon’s options and restricted stock options, although it’s not clear just when she’ll be able to take advantage of them since the company is privately held and working on a way to restructure its debt load.

The company added that, “Ms. Lyons will be required to sign a release of claims in connection with her receipt of separation payments.”

Lyons, a 26-year veteran of J. Crew, was both criticized and lauded for her self-promoting style the brand, where she styled models with chunky glasses and straight hair to look like her and embraced a certain imperfection. At least for a time, she tapped into the zeitgeist, appearing on “Girls” and serving up styles repeatedly worn by then First Lady Michelle Obama.

But the business has suffered, both through merchandising missteps and a heavy debt load, which stems from the company’s 2011 deal to be taken private by TPG and Leonard Green for $3 billion.