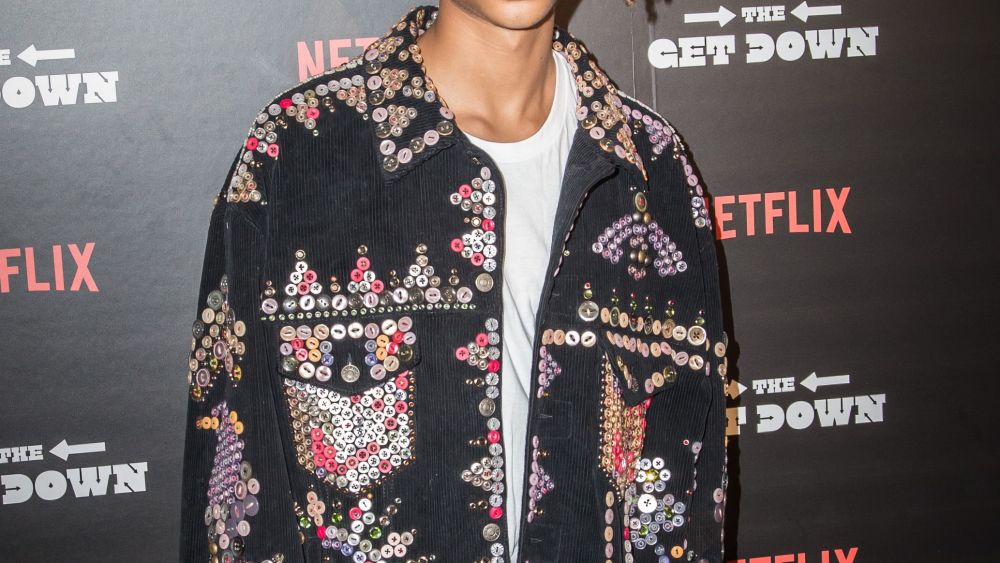 Jaden Smith slipped into Gucci on Thursday night for the premiere of “The Get Down” at the Lehman Center for the Performing Arts in the Bronx, N.Y. The actor — and son of “Suicide Squad” star Will Smith — donned an elaborate button-embroidered black velvet jacket from the brand’s fall collection (and kept the look casual with a white tee underneath.) He stars in the Baz Luhrmann-directed show, which premieres on Netflix today.

Set in the Bronx during the Seventies, the music-centric show follows a group of teenagers while they navigate early adulthood and the era’s music scene in New York. “The Get Down” is Luhrmann’s first directorial effort for television. Other premiere attendees on Thursday included costars Yahya Abdul-Mateen II, Herizen F. Guardiola, Shameik Moore, and Justice Smith, as well as a few music artists: Nas, Rita Ora, Grandmaster Flash, Fab Five Freddy, Rahiem, and recent Tony winner Daveed Diggs.

The show is also spotlighting the fashion of the decade — not just the flashy red carpet premiere ensembles. Costume designer Jeriana San Juan told WWD in an earlier interview, “We pulled from the time period — certain iconic things that I felt needed to be portrayed in order to honor all these wonderful things about the time period. Most of the things you’re going to see on the show have been pulled directly from research, down to Ra-Ra [Skylan Brooks]’s tube socks and high-top sneakers, to the way Dizzee [Jaden Smith] might fold up one of the legs of his jeans, to the fur-collar stole that he wears off his vest. Those are all pieces that are directly lifted off of inspiration and research from the time period.”

RELATED STORY: Yahya Abdul-Mateen II Gets Groovy on Netflix’s ‘The Get Down’ >>