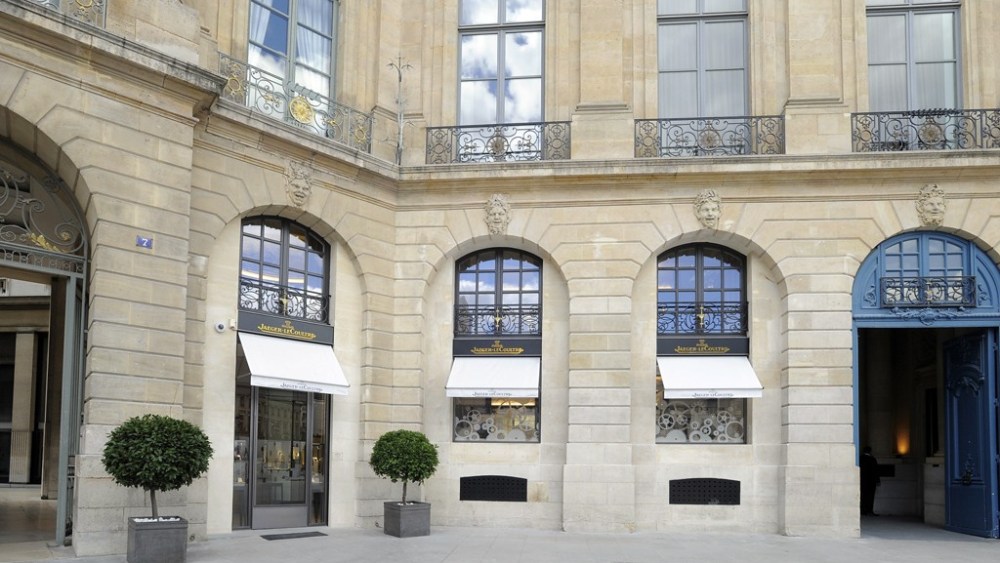 Swiss luxury watch brand Jaeger-LeCoultre recently unveiled its revamped and expanded store on the landmark Paris square, which is undergoing extensive renovations, including a full-scale refit of the Ritz hotel. This follows the opening of a new Louis Vuitton jewelry and watch store in July.

At 5,400 square feet, the Jaeger-LeCoultre store located at number 7 is the brand’s largest worldwide and the most accomplished example of its new store design, inspired by the clean lines of the Art Deco movement, in tribute to the brand’s classic Reverso watch created in 1931.

Jérôme Lambert, chief executive officer of Jaeger-LeCoultre, said the project had been under discussion for some time, but recent developments underlined the attractiveness of Place Vendôme as a top tourist destination.

“Europe’s large international cities are competing more fiercely than ever before to attract overseas visitors,” he told WWD.

“I think these recent projects have underlined the importance of Paris as a prime location for hard luxury goods. In the last four or five years, Paris has really re-conquered a central position for jewelry and watches, and in the heart of Paris, there is Place Vendôme,” he added.

A mini-museum in the basement features historic documents alongside rare artifacts including enameled 19th-century pocket watches, while examples of the Atmos clock are exhibited in glass cases throughout the store.

“In a way, it is like an outpost of our manufacture. Having a store this size allows us to open our doors and talk about ourselves in a way that is more accessible than having people come all the way to the Vallée de Joux, where we are based,” Lambert noted.

The entrance has been transformed by a large circular opening that provides a view of the first floor gallery, which showcases in-house skills including enameling and engraving. It is dominated by a metallic ceiling installation inspired by the mechanism of the Duomètre Sphérotourbillon watch, launched earlier this year.

Panels of light gray velvet and dark oak doors set off the white walls, while display units are made of black nickel and glass. Highlights of the store include two glass walls showcasing dozens of historical watch calibers, and an elevator encased in panels of backlit alabaster crisscrossed by dark gray metallic lines.

While the entrance is designed to evoke the lobby of a hotel, the first floor features a salon that can be sealed off to accommodate individual clients or events.

Interior designer Marika Chaumet said the brief was to make the store more luxurious and appealing to female clients. “We have chosen not to separate the products by category for men and for women, but to develop instead a concept that is as pleasant for men as it is for women,” she said.

Already present in five stores in Asia, the design will be rolled out next to Moscow, where Jaeger-LeCoultre is opening a boutique next month in a space formerly occupied by Van Cleef & Arpels on Stoleshnikov Lane. Other openings are planned by the end of the year in Beijing, Hong Kong, Las Vegas, Los Angeles and Palm Beach, raising the brand’s total store count worldwide to more than 50.

Jaeger-LeCoultre will celebrate the reopening of the Place Vendôme store with a party on Nov. 20, when it will also unveil limited-edition products for sale exclusively at the Paris flagship.