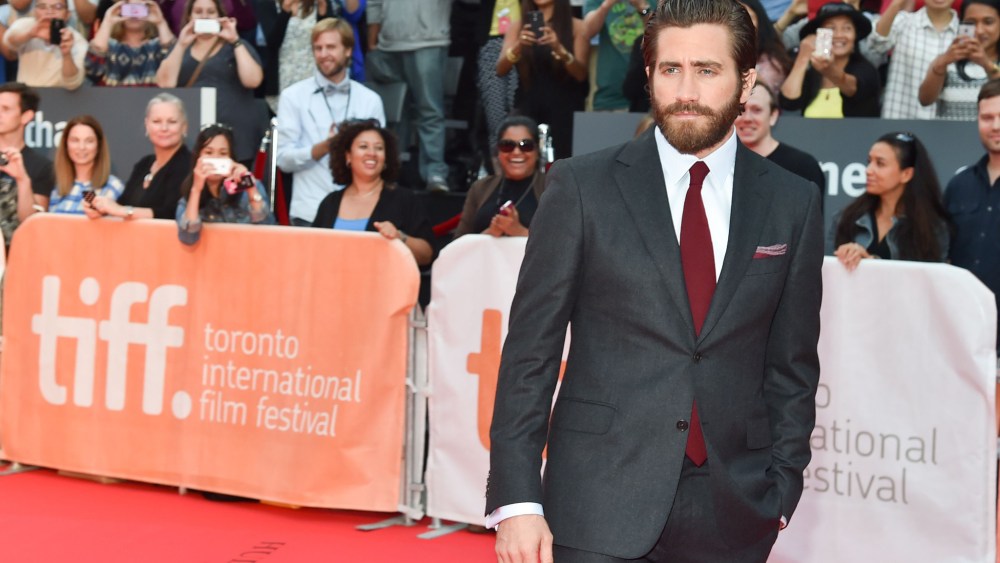 Jake Gyllenhaal and Naomi Watts started things off at the Toronto International Film Festival’s Opening Night Gala with the premiere of their new dra-medy “Demolition.” The film is among a handful of highly anticipated world premieres at the 10-day festival, a harbinger for awards season contenders. Held at Roy Thomson Hall on Thursday night, the event attracted a crowd of fans shrieking and waving for the leading man’s attention.

“There’s an energy here,” said Gyllenhaal, who earned praise here last year for “Nightcrawler.” “There’s a sense of supporting an artistic vision. Not like many other cities in the world don’t have that, but Toronto in particular has a sense of freedom. There’s very little judgment in artistic expression here and I think that’s why people come.”

In the film—which won’t hit theaters until April of next year—Gyllenhaal plays an investment banker who loses his wife in a car crash. He said was attracted to the idea of “moving to a space that was more insular, that was more quiet. I liked the idea of grief and grieving in a way that was very different from the way movies tend to tell you that you’re supposed to. That was really the essence of why I wanted to be a part of it. There’s a minutiae in his behavior that makes it different than characters I’ve played recently. That sadness is pervasive. It stays with you.”

With all the talk of grief, one reporter attempted to lighten the mood by asking how long it took the actor to get ready for the night. Gyllenhaal laughed off the question because it was, apparently, the second time he’d been asked.

Newcomer Heather Lind was more loose lipped when discussing how she prepped. “It’s a lot of hair and makeup, but, once you get here, it’s the fun part,” said the actress, who plays Gyllenhaal’s deceased wife. “Working with Jake was incredible. He was warm, very collaborative. He’s a really lovely person.” While Lind called the project “an honor” and “unreal,” she lamented the fact that she didn’t get to work with Watts. “Our characters don’t cross paths in the film. I saw her a few times in our trailers and I was a little bit starstruck. We met earlier [today] at the introduction and I think I had to explain to her that I’m in the film.”

It’s surprising Watts spoke to her at all, since she skipped speaking with most press at the premiere. The Balmain-clad Watts kept her head down as she swiftly made her way down the carpet. “It’s very exciting,” she cooed before disappearing into the theater. Perhaps she was saving her voice. The veteran is scheduled to make a second TIFF appearance later this week for her role in “About Ray” opposite Susan Sarandon and Elle Fanning.

Meanwhile, child actor Judah Lewis was wide-eyed with excitement over his filming experience. “One of my best memories would definitely be the scene where me and Jake’s character are demolishing this house,” he said. “We got to throw a TV out of a window! That was definitely a highlight for me.”