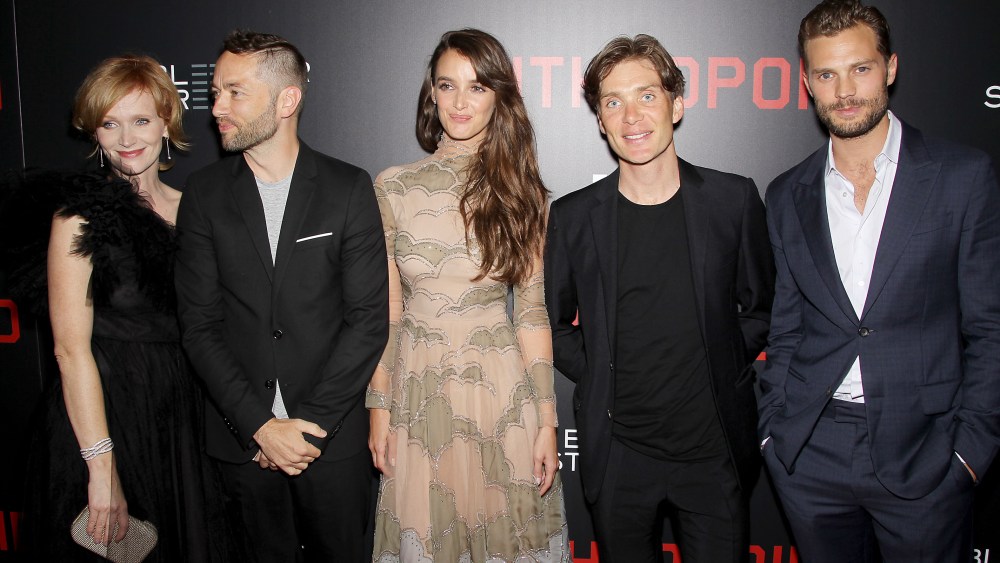 On Thursday night, everybody wanted a piece — or for the fans outside of AMC Loews Lincoln Square, a glimpse — of Jamie Dornan.

“Jamie’s amazing,” began Charlotte Le Bon, his costar in the Sean Ellis-directed film “Anthropoid,” which was holding its New York premiere. “He’s obviously really handsome, but he doesn’t come across as an ego person. He has no vanity to him, which is really nice, and he has a great sense of humor. He made me laugh a lot on set.”

And what about Cillian Murphy, the film’s other Irish lead? “You’re the first person asking me about Cillian. Everybody’s asking about Jamie.”

The cast’s ability to keep things light off-set is in sharp contrast to the film’s subject matter. Dornan and Murphy costar in the historical thriller as Jozef Gabčík and Jan Kubiš, two Czechoslovakian soldiers who carried out “Operation Anthropoid” during World War II, a mission to assassinate third-in-command SS officer Reinhard Heydrich in Prague. Despite the operation’s significance in the war, it’s an unfamiliar tale for many.

“The script and the story blew me away,” explained Dornan, snacking on popcorn. “It’s one of the lesser-known events within the Second World War — I didn’t know anything about the mission or this particular part of history [before filming].”

He revisited history to glean background for his character. “I think both Cillian and I had a good grip on who these guys were and why they find themselves in the position they did,” he continued. “[Gabčík and Kubiš] are true heroes, but they’re true heroes just because they’re young men. There’s nothing superhero about them, and that’s why I think the story is so relatable.”

The movie shot on-location in Prague, which added extra weight to the project. “I could never say no to this film. It’s one of the biggest stories in the world history in Czech Republic — they’re heroes,” said Czech star Anna Geislerová, who had the added weight of being involved with depicting one of her country’s pivotal historical moments. “The Czech audience, they’re very critical about everything. I didn’t feel any pressure before, but now I think they want to see how [the movie handles] our history.”

Back to Dornan. “I had a lot of fun with Jamie Dornan,” said Murphy, blue eyes blazing. “I never want to see him again in my whole life, obviously…he’s a great guy. I think naturally when you’re making a film like this where the topic is quite heavy, you have to have the [joke].”