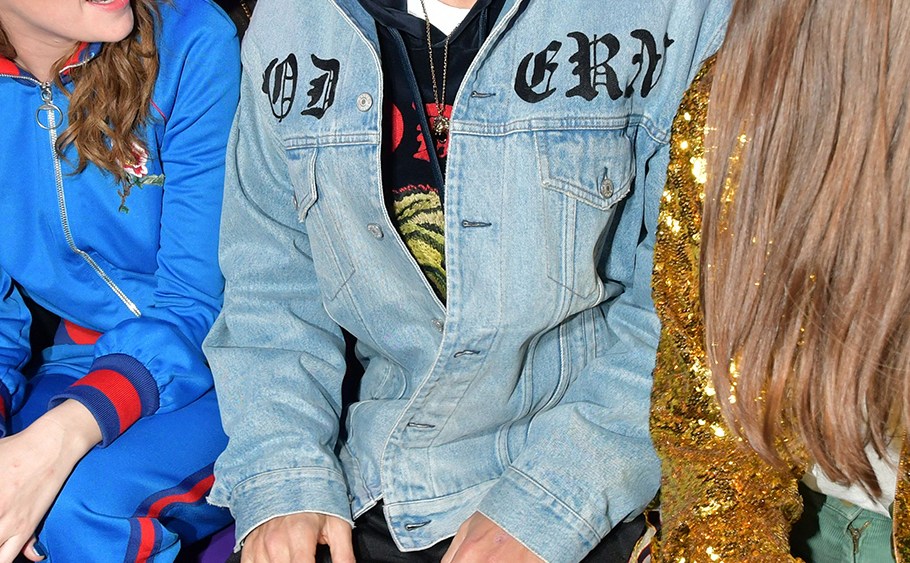 WHAT YA GOT COOKIN’?: Not content with being a poster boy for Alessandro Michele’s designs, Jared Leto hopes to soon have a collaboration cooking with the Gucci creative director.

The American actor and musician, who is the face of the Gucci Guilty fragrance and often wears the label on the red carpet, is directing his first feature film, set in the Seventies. Has he considered bringing Michele on board as costume designer?

“Yeah, right — wouldn’t that be incredible? I have a secret project that I’m talking to him about doing, which would be incredible to be able to work with him in that way,” Leto said after Gucci’s coed show in Milan on Wednesday, though that’s as much as he was willing to divulge.

The Thirty Seconds to Mars singer has previously directed videos under the pseudonym Bartholomew Cubbins, which is lifted from a Dr. Seuss book. He recently signed on to helm the thriller “77” for Paramount Pictures, set at the time of heiress Patty Hearst’s kidnapping by the Symbionese Liberation Army.

“It’s about a police precinct in 1974 in Los Angeles called the 77th. The backdrop, the time period has to do with the SLA, the Black Panthers — just post-riots in Los Angeles — so it’s a very heated time, and the story of Patty Hearst is in the fabric of the script, but the story doesn’t center around her story or her at all,” he clarified.

The protagonist of the latest Gucci tailoring advertising campaign, Hiddleston looked in perfect shape in his suit. The British actor trained with a former Navy SEAL and two ex-British Royal Marines to get in shape for “Kong: Skull Island,” which will hit theaters this year. “I play a soldier in ‘Kong,’ so I was trying to make some small steps,” he said.

Gia Coppola was seated next to her mother Jacqui Getty at the show. The two women will spend a few days in Milan together this week. “We will explore the city and maybe we will have dinner with Alessandro later,” said Coppola, who added she is working on several projects.

Welch and A$AP Rocky were fresh off their collaboration with Michele on the vinyl record that Gucci sent to guests as a show invitation. “I mean, it came about so naturally,” Welch said. “Alessandro just texted me: ‘Will you read something under this music?’ and I had William Blake in my house, and they worked together so well.”

Rocky read an extract from Jane Austen’s “Persuasion” — a far cry from the rapper’s usual lyrics.

“It’s not too far-fetched. It’s just like reciting words — I’m used to it at this point,” he demurred. “I just put my own kind of twist into it. A couple of f-words here and there. I think it was just out of frustration sometimes from messing up, so I think it made it more pure, as far as the art form goes. It was poetic, nonetheless.”