“There was one moment in particular — I remember being on the tarmac somewhere — and it just hit me all at once: that we’d made Hillary a female facsimile of all the qualities that we look for in a male president. And I just had this gut punch of ‘What have we robbed her of in doing that?’”

So began the journey of healing, reckoning and questioning for Jennifer Palmieri. The communications director for Hillary Clinton’s 2016 campaign for president, Palmieri surprised herself in turning to writing following the election, the result of which is “Dear Madam President: An Open Letter to the Women Who Will Run the World,” out now. She writes to make sense of what happened, to unpack the gender bias she witnessed throughout the campaign, and, as the title suggests, to give wisdom to a younger generation of women who are part of a world that has deemed such actions unacceptable.

“I lived through that campaign, and it was a really tough experience — the outcome was devastating,” Palmieri says. “But it didn’t occur to me, even throughout the campaign, that we have a fundamental flaw in how we’re thinking about women and leadership. And I’m not sure that in this campaign that there really was any other way. I think she had to prove that she could do the job the same way that we have seen everybody who had the job before do it. In America, that position — and most positions of leadership — they’ve always been held by men.”

Palmieri began her career with Leon Panetta, most recently President Obama’s defense secretary, who was her congressman when she was in high school in California. After interning for Panetta while at American University, she then followed him to the White House when he became Bill Clinton’s chief of staff. It was there, at just 24 years old and barely into her career, she got her first lesson in crisis management.

“Monica Lewinsky was my intern. Bill Clinton met her at my birthday party; he came down to cut my cake,” she says. “At a young age, I had to go to the Ken Starr grand jury during Clinton impeachment — so you learn to be grounded pretty early.”

“I was a good person for Hillary’s job because I’d known her from her husband’s days, but had certainly seen a lot of crisis and battles. When I joined the Clinton campaign I thought ‘this is good because I can steer a narrative and can help tell a story and drive the press a certain way,’ and what I discovered in 2016 was that I couldn’t do any of that because there was no doing that,” she says. “But I could handle whatever did happen. I’m really glad I did it; as much as I thought I understood about politics, and as much as I thought I understood about women, it wasn’t until you lived through watching all that stuff people say about Hillary: ‘there’s just something I don’t like’ [that you realize]. I think that stems from the fact that her whole adult life, whatever role she’s in, she’s challenging how we’d thought of that role.”

The book breaks down ways in which women have been “molding ourselves into suits that don’t fit as well,” in order to adapt to a male-dominated workplace culture, just as the 2016 election expected Hillary to do.

“That’s what each of the chapters of the book tries to imagine,” she continues. “based on my experience: how women can feel empowered to speak up; how you don’t mute some of your passions that we normally do in ourselves, and let that be expressed to the world.”

Writing a book about the aftermath of the election wasn’t what came as a surprise to Palmieri — after all, “you go through hard stuff and you want it to add up to something. You just want it to all have not been for naught,” she says. It’s the topic that, had you told her even five years ago she would be exploring, there’s a good chance she would’ve laughed it off.

“I’m very surprised to have written a book about how women reach equality because I’ve kind of lived my life thinking we were there,” she says.

The silver lining, she says, is the potential for a new way of thinking.

“I think that’s this moment that we’re in. I don’t think that women have plateaued, but the old ways of doing things have plateaued. It just doesn’t work,” she says. “I didn’t think it was a big deal to elect a woman president. I didn’t really think it mattered that she was a woman — I just thought she was the best person for the job. And then not only that she lost and that she lost to a misogynist who seemed to be against all the rules of what we were taught that America was going to behave, but just how repressed people reacted to her throughout the campaign. I was like ‘Wow, we are still using an outdated model for how we think about leadership and how we think about women in the workplace.’ The exciting thing about that is that now we can imagine a new world.”

“Dear Madam President” is also her personal journey through the grief of losing her sister from early onset onset alzheimer’s. The Friday before the election, while at the Beyoncé and Jay-Z concert for Hillary, her other sister called to tell her it was time to say goodbye. Her sister would live a few more months, passing in February of 2017.

“A lot of the book is also just how we women imagine ourselves in leadership roles in this new time, but then also how I’ve watched women get through difficult times,” she says. “To see some people I’m close to go through that, those kind of difficulties, and still manage to find not just a lot of peace, but a lot of joy. And what I want for other women who face these situations is to know that these situations are really hard, but you don’t just get through it, you can really come out of it a person who’s experienced a lot of joy along with the sadness, and in a much stronger place from which to live the rest of your life. And times where the world told you that you were defeated, but you refused to accept that.” 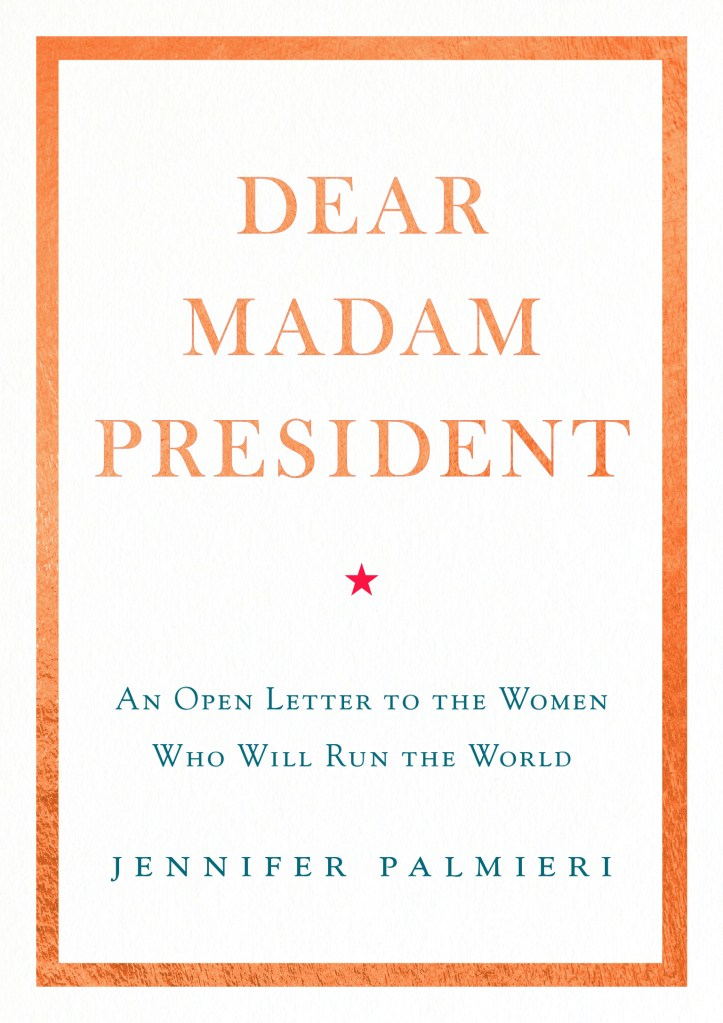 Behind the Fashion Videos for Tom Ford, Alexander Wang and More