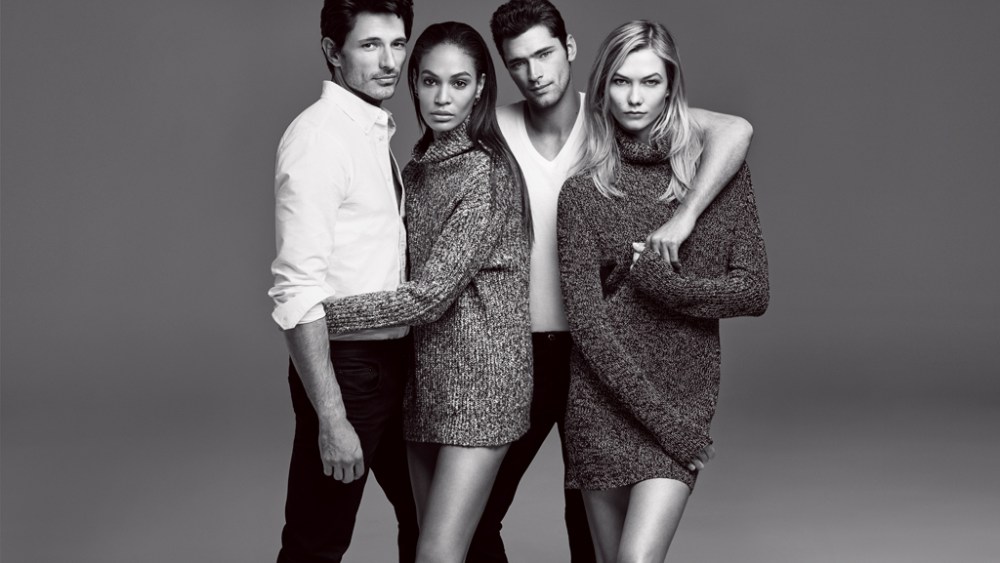 Joe Fresh may be raising its international profile with a new ad campaign that launches today — but it appears to be scaling back its U.S. presence after a bumpy ride.

The Canadian-born brand in May disclosed it would discontinue its distribution at J.C. Penney stores and not renew the agreement, which expires next January. Reports also have surfaced that the Joe Fresh stores at 510 Fifth Avenue and 110 Fifth Avenue in Manhattan would be closing. A spokeswoman on Thursday had no information on the stores.

Some real estate sources said the Joe Fresh stores operating at 215 West 34th Street and 462 Broadway might also close, though one source close to the company said, “I’m pretty sure they will be keeping the other two.”

“These closings on Fifth Avenue have nothing to do with the locations. Both are fabulous,” said Faith Consolo, chairman of the retail group at Douglas Elliman Real Estate. “I don’t think people ever really understood the Joe Fresh brand. There’s no product recognition, and look at all the competition in the sector. Apparel is really really challenging and there is a lot of cheap, chic fashion and a lot of casual fashion. J.C. Penney didn’t help.”

The store closings on Fifth Avenue were first reported in May by Crain’s.

Joe Fresh is sold online and in more than 350 retail locations including Loblaws, Real Canadian Superstore, Atlantic Superstore and 14 freestanding stores. In the U.S., Joe Fresh is available online and in the four New York stores, and is still sold at J.C. Penney. The architects of the Penney’s-Joe Fresh rollout — former Penney’s chief executive officer Ron Johnson and former Joe Fresh creative director and founder Joe Mimran — are no longer at their respective companies.

Even as the brand has sputtered in the U.S., it has been aggressive overseas. Since 2014, 15 stores have opened in South Korea, Saudi Arabia, Egypt and the United Arab Emirates through licensing agreements with local partners. Stores in Mexico, Honduras, Costa Rica, Guatemala, Nicaragua and El Salvador are expected to soon open. With its overseas partners, Joe Fresh plans to have more than 140 stores operating in 23 countries in a few years.

The 510 Fifth Avenue unit on 43rd Street, with 18,000 square feet, has been considered a flagship. It’s likely that another fast-fashion, or casual brand, will take the high-profile spot.

In a further indication of Joe Fresh’s greater international focus, the new campaign features models from different countries including Karlie Kloss and Sean O’Pry, both from the U.S., as well as Joan Smalls from Puerto Rico and Andres Velencoso Segura from Spain. Kloss signed a multiseason deal with the brand and will be the face of the next four campaigns.

“They resonate with customers around the world, which helps drive momentum for the ongoing expansion of Joe Fresh in international markets,” Mario Grauso, president of Joe Fresh, said in an interview. The campaign is designed to convey the brand’s “easy, modern style via bold and powerful images,” Grauso said.  “We’ve also evolved the photography direction, incorporating black and white images with contrasting color images.”

Johan Sandberg photographed the campaign. Sandberg & Timonen is the creative agency. Grauso said the company is increasing its advertising due to the international expansion. The campaign will run in all markets that Joe Fresh operates and will involve outdoor advertising, taxi tops, print in Canada, and visuals in Joe Fresh locations around the world.

Certain items will be labeled as Karlie’s Picks in all Joe Fresh stores and there will be a dedicated landing page for Karlie’s Picks on JoeFresh.com. The models will have dedicated posts on the Joe Fresh blog and will have their picks highlighted via e-commerce as well.

Joe Fresh is part of Loblaw Companies Limited, controlled by the Weston family, which also owns the Selfridges Group that operates Holt Renfrew in Canada, Brown Thomas & Company Limited in Ireland and Selfridges in the U.K.