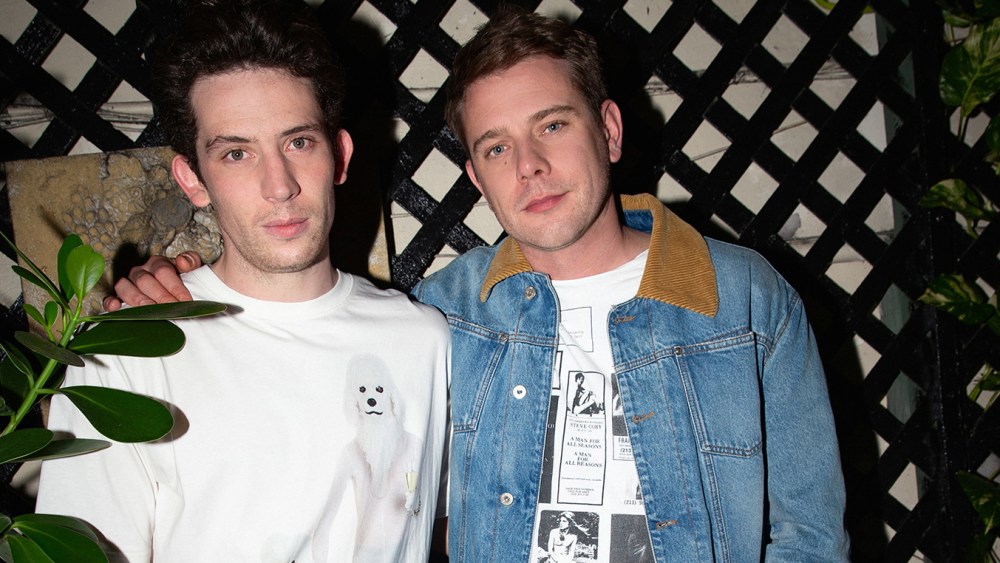 While most of this year’s Art Basel Miami Beach events have been more muted affairs, with the fashion and art world reeling from the sudden death of Virgil Abloh, Loewe provided a moment of lightness and fun, in celebration of German artist Florian Krewer, co-hosted by Gayletter.

Instead of an afternoon affair at one of the art tents, this was an 11 p.m. to 4 a.m. bash at famed South Beach gay club Twist, where street castings for Speedo-clad dancers had been taking place leading up to the event.

A well-dressed and eager crowd gathered outside the club, where strict bouncers kept things in orderly fashion. Inside, Loewe-branded condoms were dispersed and in the bar’s back room, the aforementioned dancers moved about and granted the occasional lap dance as the party kicked into gear.

The guest of honor was Jonathan Anderson superfan Josh O’Connor, who has worn both Loewe and JW Anderson often during his press tours for “The Crown” and subsequent award campaigns. The charming Brit was in giddy spirits after midnight in the midst of the packed crowd, dressed in a T-shirt and jeans and buzzing from his first trip to Miami, having only arrived 24 hours earlier. Despite it being a short visit, he was already a Twist fan. “I love the cheese, I love the Speedos,” he said enthusiastically, before showing off one of the Loewe condoms and then disappearing up the staircase with Jonathan Anderson.

Toward the front, Ricky Martin was spotted chatting with a group of friends and his husband Jwan Yosef. Just then, the sound system started playing Martin’s hit “Livin’ La Vida Loca,” complete with the music video on the TV screens. An Art Basel chef’s kiss moment, indeed.