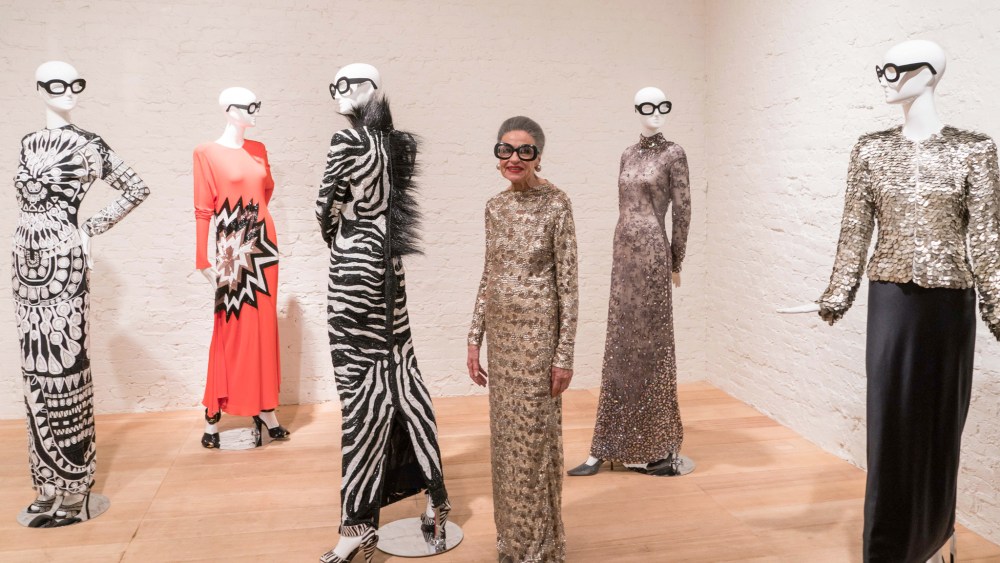 The theme of “Celebrating Life Through Fashion” was appropriate in more ways than one at a recent retrospective and fund-raiser featuring a collection of gowns belonging to fashion doyenne Joy Venturini Bianchi.

The event, held at San Francisco’s Hedge Gallery, was a one-time opportunity to view 41 pieces from the philanthropist’s private collection, spanning six decades and more than two dozen designers, to benefit the developmentally disabled through Helpers, a cause and an organization with which Bianchi has been associated for 62 years.

“For me,” Bianchi said of dressing in standout pieces like her favorite Tom Ford fall 2013 zebra dress, “fashion is an expression of the inner soul, and you dress to express your feelings for greeting the day. Wearing clothes through these years has brought something great to my life and the developmentally disabled because it initiates a conversation.”

The pieces were chosen by Saks Fifth Avenue visual stylist Tim Whalen, who culled through Bianchi’s “thousands of gowns in the house” to select eight groupings of five gowns each, with a red 2011 Ralph Rucci dress standing on its own next to a charcoal drawing of Bianchi by Milanese artist Paolo Troilo, who flew in for the occasion.

Also among the 175 or so at the event were shoe designer Donald Pliner and wife Lisa, who were busy planning their new art gallery in Miami, and photographer Chandler Holmes, whose portrait of Bianchi in the Tom Ford zebra gown was on display. Holmes also photographed State Sen. Mark Leno, also in attendance, for an upcoming book on San Francisco icons.

Philanthropist Vanessa Getty, whom Bianchi praised for hosting a four-hour party that raised tens of thousands of dollars early on to benefit Helpers House of Couture, stopped by.

“Red carpet renegade” Belinda Berry, known for creating (or at least embellishing) her own red carpet ensembles, arrived wearing large, pearl-embellished reading glasses in seeming homage to Bianchi’s trademark black Gucci frames. No, she said, in fact, she’s wears them all the time.

Although the retrospective was only on view for the night of the event, fans of Bianchi’s style might see them again, as she is known to wear pieces on more than one occasion.

“They are gowns I still wear,” said Bianchi, who chose to wear Tom Ford for the occasion. “I believe very strongly if you buy something that is so extraordinary and structured, you are buying a piece of art. So if you wear something fabulous on Monday, it will be utterly fabulous on Saturday.”

Since only 41 mannequins fit into the space, there might be hope for a sequel during next year’s event.

“To be honest,” Bianchi said, “this is only a small taste of what the collection really is.”