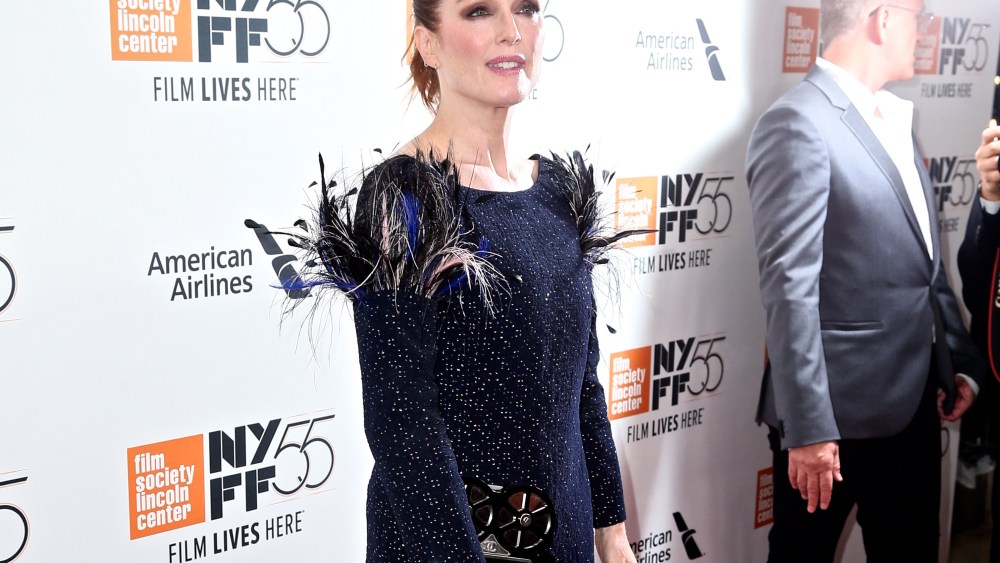 “In a sense we were learning two languages,” explained Julianne Moore of her role in “Wonderstruck,” which was shown as part of the Film Society of Lincoln Center’s 55th Annual New York Film Festival on Saturday. “The language of silent film and the language of deaf culture.”

The film explores a narrative involving deaf characters from different eras — namely the Twenties and the Seventies — and the importance of how their lives intersect. For Moore, working with deaf actors provided the seasoned actress an opportunity to learn a new way of communicating both onscreen and when cameras weren’t rolling.

“[Julianne] learned sign language so we could talk directly with each other,” remarked teen actress Millicent Simmonds through a sign language interpreter at the red carpet premiere. The Utah native, who lost her hearing as an infant, makes her screen debut in the film. “She would make jokes with me [through sign language] and it was wonderful to spend time with her. She’s got my back. We ended up becoming really good friends.”

With the help of a personal American Sign Language coach on set, Moore was a quick study and proved her retention for ASL at the premiere’s after party at the American Museum of Natural History. Wearing a feathered dress from Chanel, the actress was joined by teenage daughter Liv Freundlich as she chatted with Simmonds in sign language.

This gesture wasn’t taken for granted by the young actress. “I went to public school for a year and there were no other deaf students,” she explained. “I felt so lonely. People didn’t know how to talk to me, how to relate to me and it made me so nervous. A few people would pick up a few signs for me, but it still wasn’t real meaningful communication. [For Julianne and others on the cast] to learn to sign it was so amazing. I felt so inspired.”

Director Todd Haynes noted how Simmonds’ talent and versatility had a similarly inspiring effect on the film’s cast and crew. “Millie knew how to perform in front of the camera with that nuance and balance of showing things while keeping other things more mysterious. It takes professional actors on film their entire career to find that balance.”