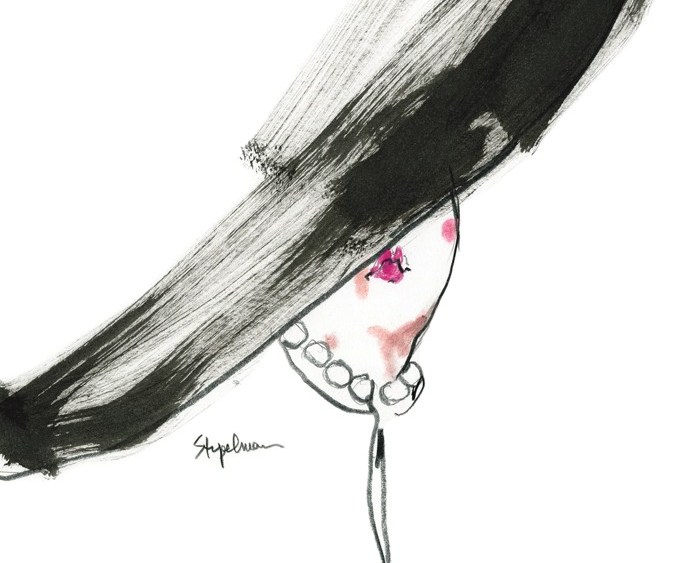 Ah, spring at last! As I sit in my Manhattan pied-à-terre staring out at the glistening East River, I feel my blood begin to quicken after my long, long winter’s hibernation. Daffodils the color of sunshine blaze against the emerald green grass, while the Delft blue sky is dotted with fluffy clouds so purely white it is clear there isn’t a storm anywhere near. Birdsong trills through my open window, and the gentle scent of fresh blossoms drifts in on the soft breeze.

I have loved this time of year ever since I was an engelchen frolicking in the wildflower-filled meadows of the Austrian alps, listening to the rhythmic clank-clank of the cowbells as the herds were at last released from the barns and allowed to roam the hillsides after the snows melted.

Now, as I gaze out at the couples canoodling on the park benches, my thoughts turn to other things I love. And, conversely, things I hate. Face it, we all have our pet peeves (OK, perhaps moi has more than most, but surely I am allowed that, since I am a countess). So I thought I’d list my loves and hates — or at least the ones I have at the moment. I’ll leave it up to you, dear reader, to determine which is which:

• A gingko tree when it first blooms. After all, China is the new global power.

• Sitting by a roaring fire on a night when a heavy snow silently falls outside.

• The arrogance of the mighty General Motors — profit at any price.

• Jamaica Blue Mountain Coffee, even though it’s now controlled by the Japanese.

• Dogs and cats in baby carriages. Let them walk.

Click Here for the Previous Column by the Countess Louise J. Esterhazy >>

• Fashion designers and their exploding egos. After all, they’re only making garments (and that’s another hate: the word garments, which at best deglamorizes fashion).

• Fashion editors and their entourages, as if they need Secret Service protection.

• A juicy hamburger for lunch.

• Undercooked fish, especially the smell. It makes me feel like a dockworker.

• Big business, which used to be inspirational but has now institutionalized itself, just like the government.

• Yoga pants. I’m all for meditation, but isn’t it about inner peace and not parading around in what looks like your underwear?

• The convenience of the cell phone. Do any of us even remember the pay phone?

• The cell phone trip — and I don’t mean happiness; I mean falling on your face because you’re too busy typing or talking to watch where you’re walking.

• The Alps in springtime.

• A Belvedere vodka martini, even though the English only prefer Gordon’s gin.

• Walking in the garden during a gentle summer’s rain.

• New York cab drivers. Do they know where anything is?

• Supershiny cars, especially stretch limousines. I once was met by a white one in Los Angeles and was so embarrassed I sat on the floor.

• Milk chocolate (only in a pinch).

• Self-important windbag columnists. Just give me someone as funny as Art Buchwald or Russell Baker were.

• Angela Merkel. You can always believe in her.

• Supershort skirts. Is nothing hidden anymore?

• Sneezing into a napkin at a restaurant. Yuck.

• Roast turkey: once a year, no more.

• Baby oysters and scallops from Nantucket, especially from the Wauwinet, where the beds are right there. They have other beds too — it’s a hotel.

• Fashion awards and events. Awards for what?

• The Duchess of Cambridge. A disappointment on the fashion front.

• Big handbags and belts on women. You get the impression designers don’t know what else to do so they throw a huge belt on it.

• Knapsacks as work bags. What does everyone carry in them?

• Huge watches on men. Why not strap an alarm clock to your wrist?

• Women stumbling along in superhigh heels as they brush back their hair.

• No socks on men wearing suits. Who wants to see their ankles?

• Eyeglasses shoved into a woman’s hair. Why even wear them then?

• Tipping before you sit down at the table in a fancy restaurant. Pretentious.

• Politics, especially these days. Let’s vote them all out.

I’ll stop there — at least for now. There’s one caveat to this list, though: Naturally, what I hate today, I could very well love tomorrow — and vice versa.