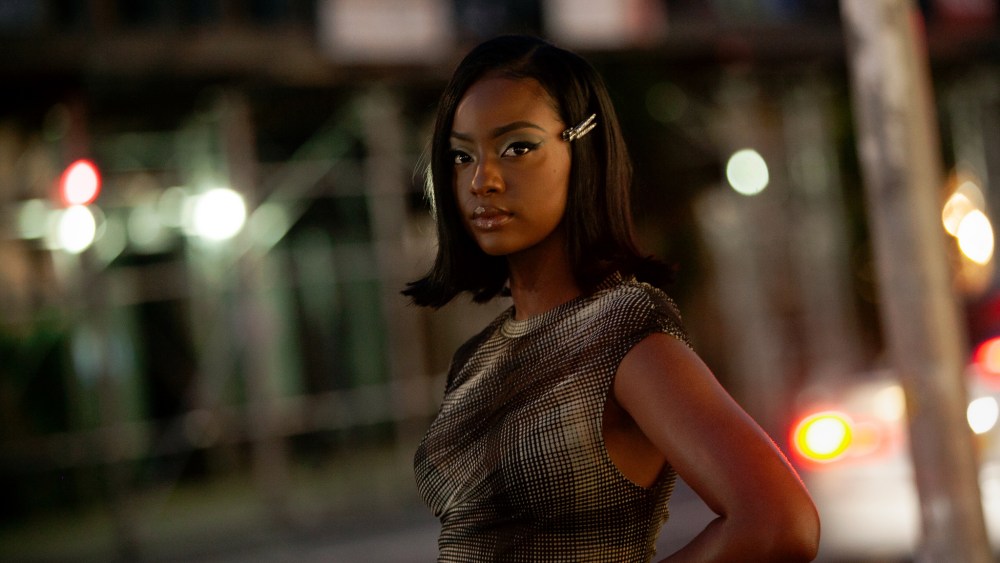 Justine Skye stood on the verdant rooftop of New York City’s World of McIntosh event space on Wednesday night, surrounded by a swarm of photographers, videographers and publicists. It was the kind of late summer evening that leaves a layer of sweat on any surface, and the body heat from this group didn’t help matters. But Skye herself remained cool, posing for pictures by popping her black bobbed hair and gamely giving a soundbite to the video guys shooting content for World of McIntosh’s Sunset Sessions concert series — for which Skye performed, in partnership with Farfetch.

“People know my name, they know I can sing,” the 23-year-old said, staring straight into the camera. “They just don’t know where I’m trying to go.”

Skye, by all estimations, has had a bumpy ride in the music industry. The Brooklyn, N.Y., native released a wealth of work since she entered the scene at age 17, and was at the center of headlines for an alleged dispute with ex-boyfriend Travis Scott and Kylie Jenner, after it was rumored that Scott cheated on Skye with Jenner. Skye has also spoken out about abusive relationships she’s endured — particularly one with the rapper Sheck Wes, whom she identified on Twitter for being physical with her and other girlfriends, and who is also rumored to be the subject of her song “Build.” She’s considered a “slept-on” artist — meaning the level of popularity she’s reached doesn’t measure up to her true talents. Even she agrees with this classification. Sitting in her dressing room before the performance, her makeup artist dusting light eye shadow onto her lids, Skye says she is done being put into any kind of box by anyone. She recently left the recording label she was previously with, Roc Nation, and will release her upcoming EP “Bare With Me,” as an independent artist. Plus, she’s making the move into acting — she starred in an indie film called “Already Gone,” and in an episode of BET’s “Tales.”

“There was a stage when I was discouraged by everything and just wanted to sing,” Skye said. “I didn’t care what I was singing, I just wanted to sing. And that, I feel like, harmed me, because the reason that I got to a label [in the first place] is because I was being myself. And then I let everyone else take control. I was young, I didn’t know any better. It’s partially my fault for not trusting my gut and going with what I wanted to be as the representation of the project. That has a huge effect on people wanting to listen to the rest of it, because it wasn’t authentic to what I actually wanted to do. I was just listening to what everyone else thought was a hit.”

She eventually took the stage, singing songs from “Bare With Me” for the very first time. Despite being nervous, she shook the feeling and stood up tall in front of the microphone. Skye admitted she didn’t think so many people would come to see her performance, then proceeded to command the room, hitting the depth of her register and encouraging the audience to move closer to her.

“Now, I’m doing what I want to — I was so caught up in following a genre, being just a singer,” she added. “I’m an entertainer. When you box yourself in, it just doesn’t allow you to reach your full potential.

“I’m in a place in my life where I’m finally not afraid to take control of everything.”

Bill Skarsgård Is the One to Beat