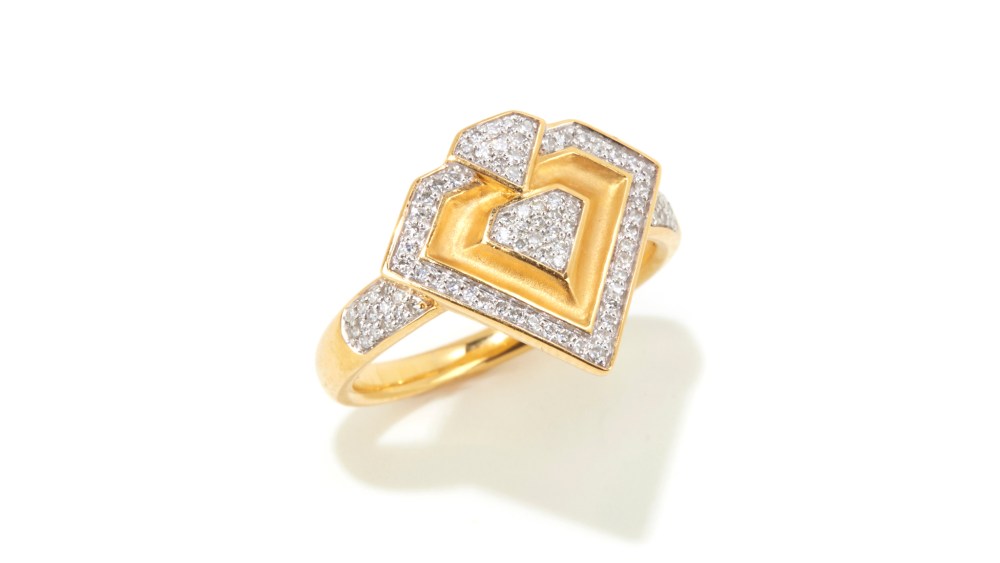 Kara Ross New York is no more. The accessory brand has ceased operation as its founder Kara Ross shifts her focus to her new brand, called Diamonds Unleashed.

The new label — which includes a strong charitable component — will take over the Kara Ross New York store on Madison Avenue. Kara Ross New York’s wholesale partners, including Neiman Marcus and Bloomingdale’s, will no longer carry its product. Instead, Diamonds Unleashed will be sold in two distinct tiers — a lower-priced version at HSN, which is available now, and a higher-end iteration on Neiman Marcus’ Web site, launching this month.

Diamonds Unleashed was conceived to be a highly stylized jewelry brand with a giveback pledge. Ross said the majority of net profits will be donated to nonprofit partners including Girls Who Code and She’s the First – charities that back female empowerment.

Ross also plans to take her message on the road with Salon Series Events that will feature panel discussions with disruptors such as Zaha Hadid and Regina Scully.

She said of the brand’s concept: “I think it’s necessary, I think it’s exciting, it’s been unbelievably well-received and we will be doing a lot of good.”

As for the decision to close her brand and start a new one, Ross said, “Honestly this is so compelling, this is so big, it’s a global movement and you only have so much bandwidth to focus. I decided to put all my attention into this huge initiative — it’s not something you could do part time.”

She has temporarily forgone a salary in order to get her new brand off the ground, but is steadfast that “I created [Diamonds Unleashed] with the intention to be charitable but the entire thing is not a foundation, not a charity — it is a business, but the business is meant to do good,” Ross said.

All of Diamonds Unleashed’s precious stones will be sourced through CanadaMark Diamonds.

The brand’s HSN component, which ranges in price from $99 to $2,000, is presently available for purchase on the retailer’s Web site. Ross was due to debut the designs on-air on Sunday night.

The Neiman Marcus-geared collection will hit the company’s Web site, as well as a single brick-and-mortar unit, in late December. The retailer said it is presently deciding which location will stock Diamonds Unleashed, with a likely eye toward Bal Harbour.

The Neiman Marcus-carried designs will start at $750 and extend up to around $6,500, a range that Neiman’s vice president and divisional merchandise manager for precious jewels Larry Pelzel said, “will hopefully attract a new client for us, an introductory client.”

At its peak, Kara Ross New York was stocked in about five Neiman Marcus locations, as well as its Web site. Pelzel said the label’s sell-throughs were “OK.”

He said of Ross’ decision to close her brand to start Diamonds Unleashed: “In today’s world we are all trying to reach a new customer. I think it’s so Kara — she is very interesting, very dynamic and I think she is doing this because she believes in the cause of empowering women.”