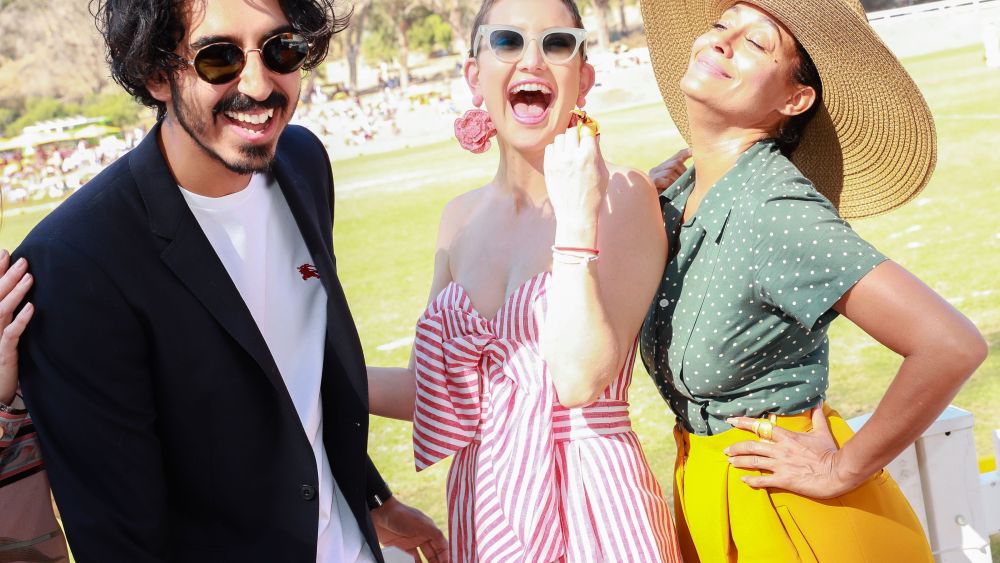 “Nacho, I see you!” yelled Jamie Foxx from the sidelines of the annual Veuve Clicquot Polo Classic, pointing at star player Nacho Figueras. Figueras gave Foxx the thumbs-up as he trotted by, also stopping to kiss Kate Hudson’s hand.

The two stars were among many who turned out for the annual event at Will Rogers Polo Club in Pacific Palisades to sip Champagne in a tent, schmooze by the sidelines and take selfies among the myriad marigold-hued “social media moments.”

“I just did a video of me with a giant Champagne bottle, and a slo-mo photo booth,” said regular Camilla Belle, one of the few in attendance who was actually an equestrienne. Belle has also thrown out the first ball at past games, but this year the honor went to Bella Heathcote.

“We love coming out to the polo game,” said Conrad, who hasn’t missed a match yet. “Now, it become a regular date,” said the new mom.

Off in an VVIP tent to the right of the actual VIP tent, Chris Martin also took in the match while munching on a plate of green grapes.

“I see we all got the nude sandal memo,” observed Madekwe as the crowd took to the fields to do their best “Pretty Woman” stomping out the divots. “People always ask me what to wear to the polo game and I always go, ‘It’s like…Zimmermann,'” she said, referring to the bohemian Australian brand. “It’s not one specific thing, it’s more like a feeling you get and when you know you’ve nailed it, you know.”