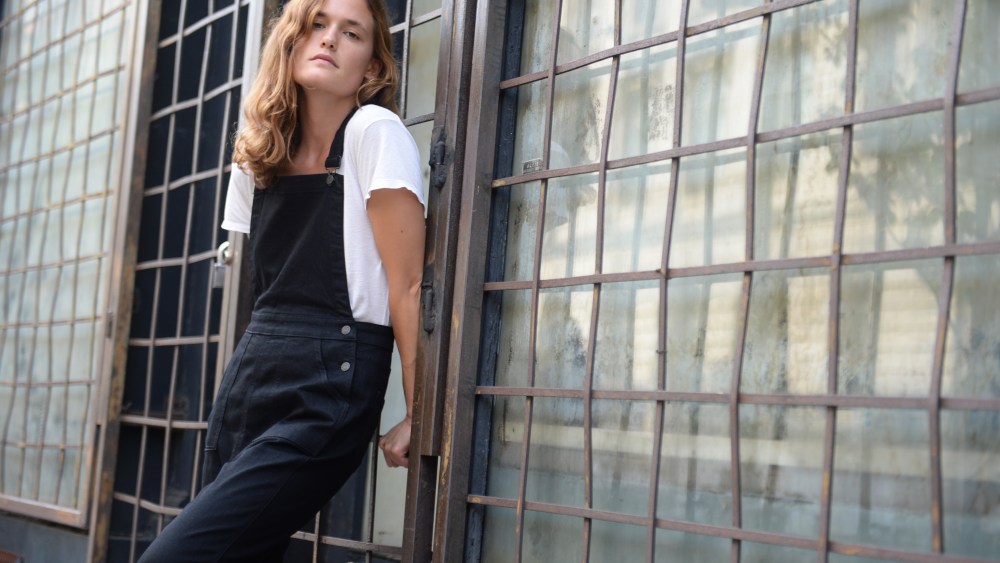 The story of the band Wet could be described as a happy accident. Three 18 year olds come to New York City for college, become friends, start a band — as co-eds in New York tend to do — and then somehow, with a certain lack of intentionality, find themselves stumbling into a career as full-fledged musicians.

So how did they get here?

Wet is Kelly Zutrau (vocals), Joe Valle (percussion) and Martin “Marty” Sulkow (guitar), now all 27. They released their debut EP in October 2013 and, after playing shows across the U.S. and London this fall, will release their much-anticipated full-length record “Don’t You” at the end of the year with Columbia Records. The trio met when Zutrau came to Cooper Union to study abstract painting and the boys entered New York University — Valle at the Gallatin School of Individualized Study and Sulkow at the Clive Davis Institute of Recorded Music.

“We were best friends, all living in the same apartment, and this was just another thing we were doing together,” Zutrau, who grew up in Boston’s Jamaica Plain neighborhood, says of their music, while seated on a bench outside the SoHo café Maman one recent afternoon.

After graduating in 2010, she was working a restaurant job but feeling a post-grad emptiness, and applied to graduate school at RISD to study teaching art. While in Providence, she started writing songs as a way to document a downwardly spiraling relationship. “Toward the end of grad school, I was sending these demos around to Joe and Marty, so we were working on music during that time — very casually, though.”

The name also came about sort of haphazardly. “There is no great story. We were starting to take it a little more seriously, and we were like, ‘we need a band name.’ And I’m not even going to tell you what the name was at the time.”

When a friend — a gallerist in Bushwick — suggested the name Wet, “it almost seemed too good to be true,” Zutrau says. “Is that the dumbest name in the world or is it the best name? I feel like it’s a little bit of both.” From there, the group took things a step further and titled their Web site kanyewet.biz, an homage to the rapper and a product of “the boys joking around,” Zutrau says. Valle knew how to code, and just like that, they were in business.

The time came to get serious, and in February 2014, the group found themselves overwhelmed by the music scene in Brooklyn and  decamped to Hadley, Mass., where Zutrau had attended summer camp as a kid. “We’d been in New York for a really long time and we’d soaked that up and were very self-aware, and we just needed to go to a quiet place and focus, and kind of tune out some of the noise because I think it was getting to us,” Zutrau says. The idea was to regroup and do some musical soul-searching. “It was so hard figuring it out: what is our music going to sound like? And what do we want it to sound like?”

With a sound that wades between genres as diverse as R&B, country and indie, Zutrau insists this inability to be categorized is exactly what they’re going for. Citing acts such as Talking Heads, Frank Ocean and Chairlift as inspiration, it’s the fact that “you can call it a lot of things but there’s no one thing that defines it,” that she likes.

Zutrau is a front woman of a different sort. She experiences intense stage fright and favors several hours of solitude before any show. “It reminds me of teaching because that was like ‘Oh, I’m in front of this group of teenagers and they, like, hate me, and I have to find a way to keep them engaged. Whereas painting is a solitary, quiet thing — you do put yourself out there, but you don’t have to be in the room to see people’s reactions.”

The group is still in Hadley, though the foreseeable future will take them out of the secluded Western Massachusetts life they’ve come to favor. “We’re going to London for a month, and then we fly straight to San Francisco where we start our tour with Tobias Jesso Jr. — so, like, in a week we leave everything that is comfortable,” Zutrau says. This separation from comfort is just one of the side effects of her newly minted career. “It wasn’t even that much of a passion for me,” she says of music. “I never thought I would be in a band, I never thought I would be a singer. I always thought I would be a visual artist, a painter or a teacher, and music was more a hobby for me, something I did for fun with friends. I wrote songs just to see if I could.”