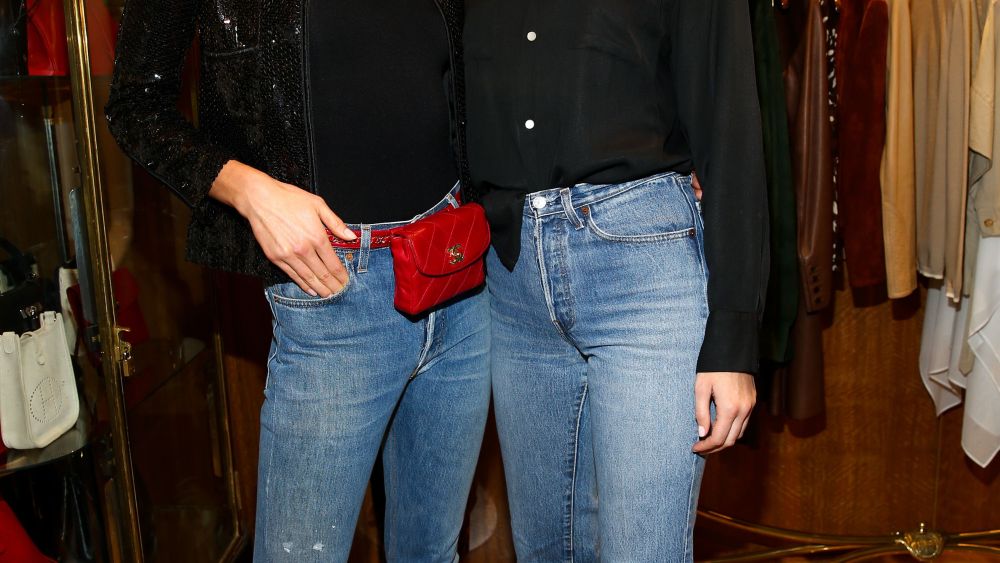 Luxury vintage purveyor What Goes Around Comes Around celebrated the one-year anniversary of its Beverly Hills store on Wednesday and its name proved apt for Kendall Jenner, who also celebrated the opening with owners Seth Weisser and Gerard Maione. This time, she brought oldest sister Kourtney Kardashian and was joined by fellow model Karlie Kloss.

“Karlie actually knew a lot more about us than I thought,” Weisser said. “We don’t pay celebrities tons of money to wear us or come to events, so it’s good to know that we have such great supporters.”

Jenner swapped the vintage rock tee she wore last year for a Western-style shirt, but kept to a pair of vintage high-waisted jeans, as did Kloss, who accessorized with a vintage Chanel fannypack.

Wolk, who was wearing a striped jacket from his latest Wolk Morais collection, caught the eye of Jenner, who had worn the very same sample not long ago.

“That’s my jacket,” she said. “Actually, it’s both of ours,” Wolk corrected. They quickly pulled out their phones to check out the street-style photos of Jenner in the suit and Wolk deduced, “She wore it best. She’s taller and smaller than I am.”

Maione acknowledged that competition can be stiff in the vintage market, but he was confident WGACA could retain its edge. In addition to its New York, Los Angeles and Miami stores and e-commerce business, WGACA does custom programs for retailers such as Dillard’s and is about to launch a national buying program. He added, “We only buy the top five percent of what’s out there, so we’re much more selective about what we carry because our customers are higher-end.”