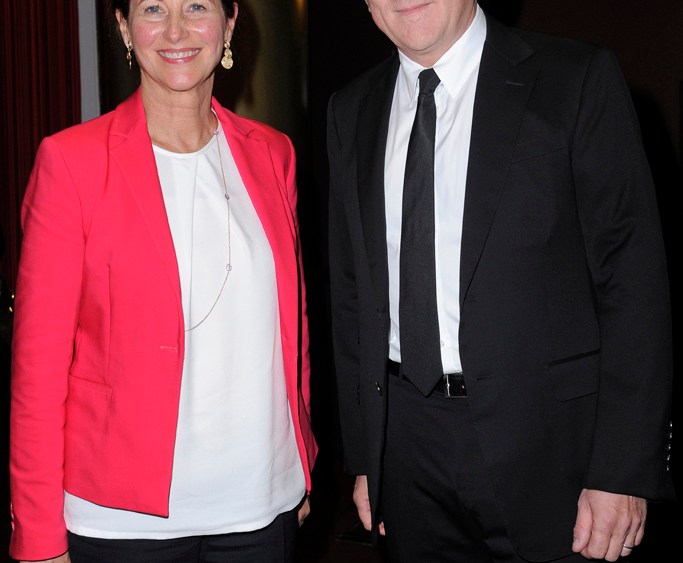 POLAR OPPOSITES: François-Henri Pinault, president and chief executive of Kering, switched gears at the tail end of Paris Fashion Week and hosted a screening of “La Glace et le Ciel,” (“Ice and Sky,” in English), which it coproduced. It pays poignant homage to French researcher and glaciologist Claude Lorius, a pioneer in documenting global warming.

“It’s incredible that he hasn’t won a Nobel prize,” Pinault marveled later at Christie’s, where he hosted a sumptuous dinner in honor of Lorius and the film’s director, Luc Jacquet.

Ebrahim Mohamed, director of education at Climate-KIC, lauded Kering for bringing attention to environmental issues, as luxury goods and fashion are magnets for Millennials — more so than oil companies, for example.

“It engages the imagination of young people,” he said. “It’s exciting to have those business associated with what we’re doing.”

The 90-minute documentary, which hits French cinemas on Oct. 21, dazzles with archival footage from the Sixties and Seventies of Lorius’ Antarctic expeditions to drill and extract ice samples. These allowed him to analyze weather patterns going back some 420,000 years, definitively proving the impact of human endeavors on polar ice caps and glaciers.

Guests rose to their feet to applaud Lorius, now 83, who implored the audience to stop: “Please save a bit of your energy to save our planet.”

Among those in the crowd were French Environment Minister Ségolène Royal, filmmaker Deniz Gamze Ergüven and Marie-Claire Daveu, chief sustainability officer and head of international institutional affairs at Kering.