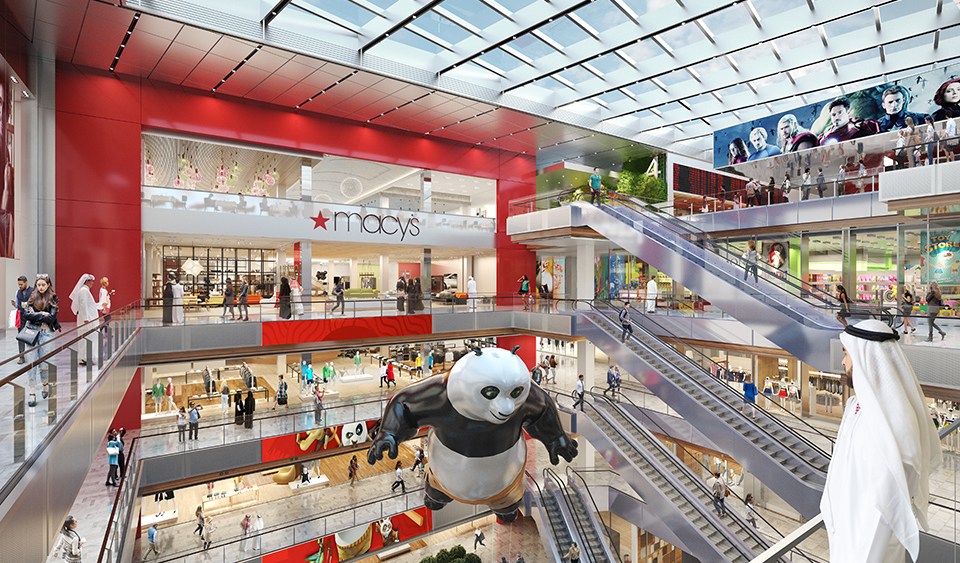 NEW YORK — Wednesday is the big unveil at the Museum of Modern Art, and it’s not another Picasso show. It’s all about the “super-regional” Al Maryah Central development in Abu Dhabi, where Macy’s is launching its first international store and Bloomingdale’s will open its second.

Both stores are slated to open in the project in March 2018. Bloomingdale’s first international unit opened in Dubai in 2010.

“There are interesting parallels between the customer that we have in United Arab Emirates and Abu Dhabi and what Macy’s has in the United States. It’s specifically related to the  importance of the Millennial customer,” Khalid Al Tayer, chief executive officer of retail for the Al Tayer Group, told WWD.

At the unveil, Khalid Al Tayer, as well as Macy’s Inc. chairman and ceo Terry Lundgren; Tony Spring, chairman and ceo of Bloomingdale’s, and Ken Himmel, co-managing partner of Gulf Related, which is developing Al Maryah, and president and ceo of the parent Related Urban, will address an audience that will be primarily vendors.

Al Tayer said Macy’s in Abu Dhabi would be “pretty much a natural extension” of  Macy’s as it is in the U.S.

The MoMA event, said Al Tayer, will be a cocktail party for the vendor community that works with Macy’s and Bloomingdale’s and will provide a detailed update about Al Maryah. “In a way, it’s to kick-start communications and discussions.” Though the stores don’t open until 2018, “it’s never early enough” for discussion, Al Tayer said. “We already kicked off the design process over six months ago. We will be at a stage in the coming months where we can have very relevant discussions in terms of placement of vendors in the stores,” he said.

The plan is to create in Abu Dhabi “a flagship Macy’s store that takes a lot of cues from design direction at Herald Square,” which has been extensively renovated over the last few years, including last month introducing a Millennial floor on the lower level. Macy’s has been aggressively pursuing Millennials by developing private brands and exclusives.

Al Tayer also said that Bloomingdale’s in Abu Dhabi will have similarities to Bloomingdale’s in Dubai, which is about 70 minutes away by car. “There is a design difference. In Dubai, Bloomingdale’s has a fashion store and home store. They’re not connected. In Abu Dhabi, we have a single store over four floors,” carrying the fashion and home merchandise. “From a positioning point of view, they will have a lot of similarities.” In terms of merchandise, Al Tayer said his organization works “very closely” with Macy’s Inc., though Al Tayer does have its own merchant team.

“The great thing about Macy’s is that they have a very successful My Macy’s program which edits the merchandise on multiple dynamics, climate being one. One of the interesting geographies we studied was Florida, which we think is very relevant. Florida is a very successful state for Macy’s.”

Macy’s and Bloomingdale’s will be operating with longer hours in the Middle East, where malls typically operate from 10 a.m. to 10 p.m. on weekdays, and 10 a.m. to midnight on weekends. In the Middle East, “shopping malls have become really a family-entertainment experience” for food, theaters and shopping.  “We have learned from recent studies that the average stay can be up to four hours. That’s quite a meaningful amount of time,” Al Tayer said.

Asked how far along the Al Maryah mall is progressing in signing additional leases other than Bloomingdale’s and Macy’s, Al Tayer said, “My understanding is they are progressing really well and are in deep negotiations with many brands. It is the flagship project in the city. It’s generating a lot of interest.”

Asked if the Macy’s name is known in the Middle East, Al Tayer replied, “Absolutely. We ran a survey. There was a high level of recognition. Customers do know it.”

He said the condition of the economy in Dubai is “OK” and exhibiting resilience against oil-price drops because it’s diversified. On the other hand, “Abu Dhabi still going strong,” he added.
Al Maryah Central is being developed by Gulf Related, a venture between Related Cos. and Gulf Capital. The 3.1-million-square-foot mixed-use development will include retail, cafés and restaurants, entertainment options, a cinema, health club, luxury hotel and residential towers, with about 1.8 million square feet for retail, food and beverage. Already opened is the 350,000-square-foot Galleria waterfront phase of the mixed-use complex, which houses luxury retail and restaurants.

The decision to open Macy’s and Bloomingdale’s in Abu Dhabi was partly based on Bloomingdale’s track record in Dubai. Officials said it’s been a strong performer.