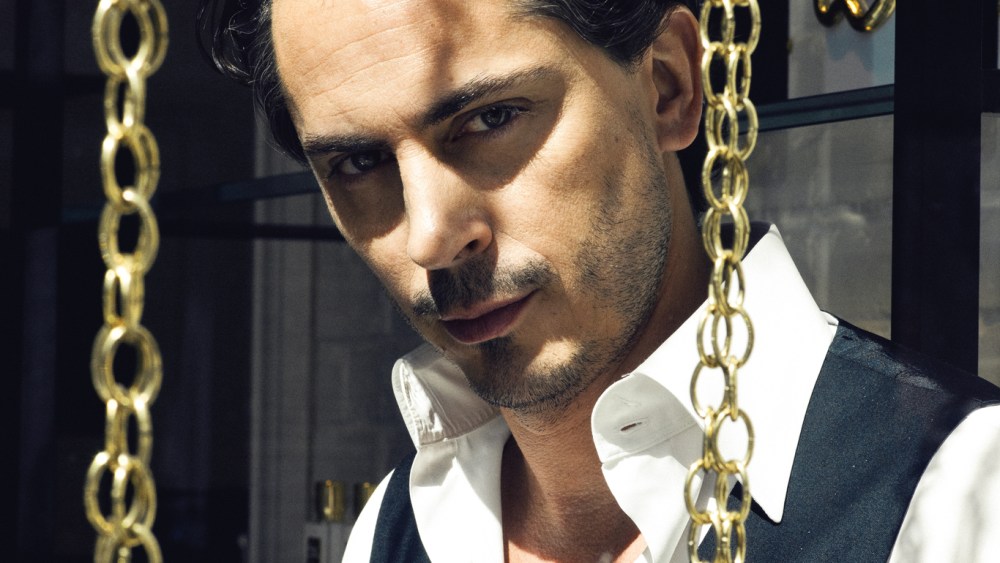 Kilian Hennessy is hungry for more.

Despite winning a pair of Fragrance Foundation awards four months ago, reportedly rolling along on a 43 percent average yearly sales growth rate since 2009 and chalking up a 24.2 percent earnings before interest, taxes, depreciation and amortization this year — by industry estimates — the young pioneer of luxury indie perfume is eager to grow faster.

He has hired the bank Michel Dyens & Co. to look for capital for expansion, which means selling a minority share in his company to bankroll some bold ideas for the future. “An ideal vision would be to raise enough cash in order to grow the brand through home shops and to build about 50 [boutiques] in the next five years,” said Hennessy, who professes an admiration for the Jo Malone business model, with more than 100 stores and an estimated $250 million in volume. “This is our strategy: To go direct to retail, to have our own Kilian boutique network,” he declared. “In order to finance it, we need cash.”

The Paris-based Hennessy — who has a total distribution of 280 doors worldwide for his By Kilian brand, including 26 Saks Fifth Avenue doors, with six more on the way — launched his own retail business in 2012 by opening a 650-square-foot shop in Moscow. He now has six others, but industry sources estimate the Moscow store remains the most productive and should generate $2.5 million in sales this year. He is expanding an overall business that has grown to a profitable, wholesale equivalent of $30 million since 2007, according to sources.

In addition to Moscow, Hennessy has opened shops in Paris; the Meatpacking District of New York; two in London (a boutique in Harrods and one in the Burlington Arcade); in Doha, Qatar, and Lugano, Switzerland. A second New York store is slated for fall 2016 on the Upper East Side, the same timing as Dubai. A second Moscow store is planned for the city center in the spring. His wish list of future store locations includes Dallas; Riyadh, Saudi Arabia; Hong Kong; Seoul; Tokyo, and Shanghai.

Hennessy, a member of the family that founded the famed cognac, maintains that he has yet to fill in large swaths of the globe, a factor that offers a large opportunity. “In Asia, we have probably only a few stores, and out of the five we are opening, [in department stores], we are opening three this year,” Hennessy said. “We have Europe, the Middle East and Russia. But we have not opened South America yet.” Nor has the brand entered Africa.

In terms of financing, Hennessy said he is searching for a strategic partner — either a private equity outfit or a beauty group — to not only provide cash but to help sketch the future. “Could we have a shared vision for the brand?” he asked. “Where do we see this brand in five years, in 10 years?”

When the far-reaching conversation turned to luxury, Hennessy sounded like he had stepped out of an earlier epoch. The inspiration for his brand came in a flash earlier in his career when he walked into a small Baccarat crystal museum in Paris and was overcome with a mission to convey “this feeling of luxury, but translating it into the modern world.”

To Hennessy, luxury has almost an eternal quality. He pointed to a 650-ml. hand-carved, black crystal perfume bottle that is priced between $3,000 and $5,000. It was designed to be reused over and over, just like in the early days of perfumery. “Every product should have, within its genes almost, the capacity to last a lifetime,” he said, then drove home a recurrent point: “I hate the idea of disposable luxury.” He often returns to another gripe: His belief that perfume wins no respect in the luxury universe. “People spend more on jeans than they spend even on the most expensive perfume. Even today, in all masstige brands [in beauty], a product costs $3 to manufacture. I am not sure with a $3 value, we can talk about a luxury product. That’s a price of a T-shirt made in China.”

With focus and meticulous design, the By Kilian brand has evolved along three dimensions, or as he says, “legs.” His curiosity led him from fragrance to scented jewelry to fragranced home products, rooted in Middle Eastern aesthetics.

His fragrances are conceived as components of a story arc with individual scents serving as chapters, as in a book. He launched his first perfume collection, L’Oeuvre Noire, in October 2007 as a line of six fragrances, in the only two doors he had — Bergdorf Goodman in New York and Printemps in Paris. At Bergdorf, he sold out his initial stock in the first morning.

His best-selling series, titled Garden of Good and Evil, made its debut in 2012. “It is a metaphor for the myth of original sin [and the fall of Adam and Eve],” he said. That comprised Good Girl Gone Bad [Eve], Forbidden Games and Playing With the Devil.

The latest chapter — or a fragrance created by star perfumer Alberto Morillas of Firmenich — Voulez-Vous Coucher Avec Moi (“Do you want to sleep with me?”) is rolling out now. A clutch, which contains the fragrance, was developed to also hold a phone, a lipstick, or a mascara and a credit card. It is decorated with the image of a pair of serpents. “I imagined two snakes that would be in a seduction dance,” Hennessy said. A major component is an accord of gardenia and sandalwood. “What interested me was to find the sensuality of the sandalwood and the lactone of the flowers,” he noted. The fragrance is priced at $285 for a 1.7-oz. refillable spray.

In November, the company will launch Lights and Reflections, its collection of costume jewelry. Each item has a small cage to hold a piece of ceramic scented with the fragrance of the customer’s choice.

Asked how jewelry connects with fragrance, Hennessy replied, “If a celebrity [pictured in a magazine] is wearing my jewelry, it means she’s wearing [my] scent as well. The real reason behind doing jewelry was to give a face to perfume, to give a face to a product that by essence is invisible. [We live in a] world where everything that is not visible does not exist.”

Another reason involves pleasure. “When they wear the earrings, each time they move, they get a whiff of perfume. They really enjoy smelling their perfume again,” he said, noting that usually people don’t smell their own fragrance once they put it on. Prices range from $250 for an earring to $595 for a cuff.

For more demanding luxury customers, there is a capsule collection by accessories designer Paige Novick, which is priced from $2,200 for a bangle to $8,000 for a collar necklace. It will only be offered in Hennessy’s boutiques and he has vowed to produce only one unit of each style. “If a woman buys a ring in yellow gold in London, she knows that she will be the only one [in that market] to have it.”

The home collection is not one’s usual white wax candle in clear glass. Hennessy went for beauty with objects made of black lacquered wood inlaid with mother-of-pearl designs. “I wanted to be able to offer beautiful objects that customers will keep for all their life and the only thing they would have to do is change the candle refill inside,” he said, referring to the $235 candle and its $80 refill.

“I wanted to find an aesthetic that would work for the home and me,” he said. He also designed a ceramic paperweight that can be filled with fragrance as a way to scent a desk and scented tassels that can be hung from a decorative frame or a knob.

But the most exotic-looking item is a bakhara, a Middle Eastern incense burner that people use instead of more dangerous candles. Chips of oud wood are dipped in oil and set alight. People perfume their rooms and place the bakhara in a walk-in closet to scent their clothes. “It also is an object that they can show to their guests,” he noted. The bakharas come in two sizes, priced $420 and $2,250.

It seems to be working at retail, at least at Saks, where “it’s one of the top-selling and best-growing brands,” said Kate Oldham, senior vice president and general merchandise manager of fragrances, cosmetics, lingerie and swimwear. The jewelry has just been launched in eight doors and the home products will go on sale in November. She said customers appreciate the artisanal products that are both “different and differentiated.”