As the retail landscape evolves in response to the ever-changing needs of consumers, the payments and financial transaction parts of the shopper’s journey must also change, said Hannah Bravo, head of U.S. merchant development at Klarna.

Bravo told attendees that “the discussion around payments will move from a functional one to more of one that is vital to the customer experience.”

“For consumers, payments were something that was endured,” Bravo explained. “It was functional, and something that they had to do. And now, it’s moving to one of the factors that’s helping customers decide at what retailers they’re going to shop.”

Bravo offered a brief overview of what’s changed in the past decade. “Instagram launched in 2010, and had one million users,” she noted. “Today, it has one billion users. And Nordstrom was a standout among its peers 10 years ago for showing the inventory of items in stores on its site, which was revolutionary then and common now.” 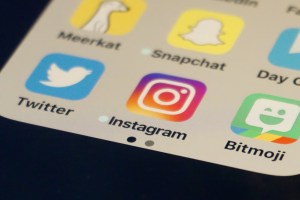 Bravo noted the emergence of various technologies, and of the sharing economy, which didn’t exist a decade ago. “So, who am I to say what will happen 10 years from now?” she said. “But what I can say is that the pace of change is faster than it’s ever been and the consumer is less loyal.”

Bravo said while customer engagement tends to focus solely on Millennials, brands should consider the approach for all demographic cohorts. Consumers, overall, crave seamless, easy and swift transactions and interactions with brands and retailers. And she said the most significant change at retail has been the emergence of the “empowered consumer.”

“And that comes with new expectations in how they have to manage every aspect of their lives,” Bravo said. “And they expect speed, flexibility and control in regard to payments and personal finance.” As a result, payments “should dissolve into the brand experience,” she added.

Bravo said Klarna expects the choice of payments consumers desire will be “nonnegotiable” over the next decade. But how can brands start this process? Bravo offered some “rules of engagement.”

The first is for brands and retailers to “give payments the same consideration as other critical pillars of the customer journey,” Bravo said, adding that survey data showed that 75 percent of shoppers “are more likely to select a brand that offers flexible alternative payment options.”

The second rule is to “seek out payment options that represent a marketable experience” such as pay later in 30 days or “try before you buy” options. The third rule is to “leverage payments as a conversion tool,” she said noting conversion can increase on a product display page that offers alternative payment options.

And lastly, Bravo said brands and retailers need to “accept nothing less that omnichannel” — meaning, payment options should be channel agnostic.

Klarna serves more than 100,000 retailers and brands, globally and more than 60 million shoppers have used the platform.