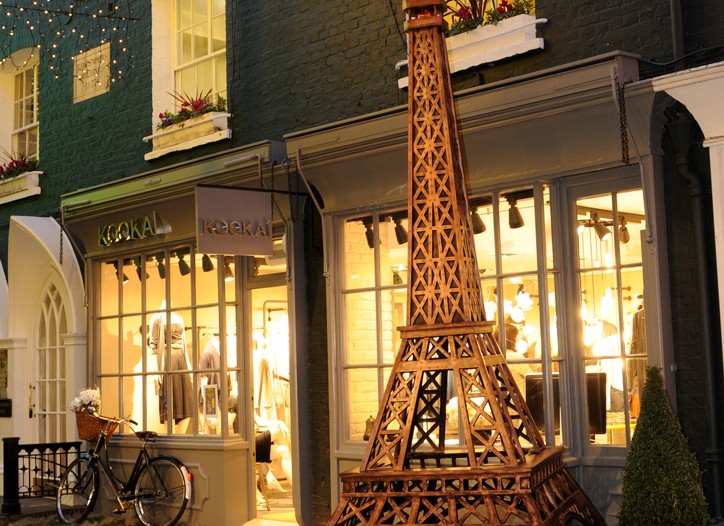 Kookai, the French contemporary label, is taking a fresh turn.

After repositioning in France over the last three years to appeal to a more sophisticated customer, the 16-year-old company last month opened a boutique in London’s chic St. Christopher’s Place, near to Oxford Street.

The store is Kookai’s first to open in the U.K. since its parent company, the French retail conglomerate Vivarte, regained control of its U.K. business in 2006. Kookai U.K. is now a joint venture between Vivarte and Amery Capital, a company founded by U.K. retailer Maurice Helfgott with entrepreneurs Michael and Maurice Bennett. Matthieu Dietsch, former international director at Kookai, has been named managing director of Kookai U.K.

“We came back with this mission to target the collection and the brand toward the lady who was very fond of the label in the mid-Nineties, when Kookai was at its best,” Dietsch said during an interview at the London store. “[She] was in her late teens or early 20s at that time [and] is now in her late 20s and 30s.”

Kookai is sold in 37 countries, and has 390 stand-alone stores and 650 concessions.

For spring, the collection focuses on natural fabrics in a soft, neutral color palette. There are cardigans in khaki made from bio-organic yarns, floral-print dresses in dusky pink and green with smocked bodices, along with quintessentially French pieces such as blue-and-white Breton tops and khaki trenchcoats.

“I think the brand [has] an individual approach to fashion but it’s very accessible,” Dietsch said. “It’s easy to wear and to understand — it’s not a catwalk thing — and it’s at a price point that makes it accessible.”

The London unit is the first in the U.K. to showcase the label’s new store design. The 600-square-foot space features raw brickwork, metal fittings and concrete floors to contrast with the soft textures of the clothing.

The brand operates nine stores in the U.K. and Ireland, and 38 concessions in U.K. department stores House of Fraser and Debenhams.

“[We plan to open] some stores like this one, in locations that fit more where we want to be, that send a message to our customers,” Dietsch said. “Kookai used to come from a pure wholesale background, and part of the changes that [we’re making are] to turn into a retailer.”

Kookai operates 200 stores in France and 40 in Switzerland, with concessions in countries including Spain and Italy. It also has recently opened stand-alone stores in Berlin and Barcelona. Dietsch said Kookai’s stores in Asia, where it operates in China, Japan, Hong Kong and Taiwan, are converting to the new store design.

Opening in the U.S. will be in the label’s sights after Kookai has reestablished itself in Europe, Dietsch said.

“The U.K. is the next natural attempt to do that move — when we’ve done this in the U.K., we’ll definitely be looking at doing it on a wider basis, like looking at the States,” he said.