NEW DELHI — After launching a special Made-in-India skin-care line, Japanese beauty company Kose Corp. has opened more than 200 doors and plans on opening another 200 in the coming months.

Takashi Nomura, chief executive officer and director at Kose Corp. India Pvt Ltd., told WWD that the Spawake range, which was created with the Indian consumer in mind, was based on three years of research into the needs and preferences of Indian women. The result was a clear focus on the mass market.

Kose is mapping its own beauty geographies within India, with a series of bold moves.

Although brands usually launch in the metro cities of New Delhi, Mumbai, Bengaluru and Kolkata, Kose has focused on the Delhi area as the first stop. “Other cities will be [entered] after we have ensured success in this area,” he said.

The retail doors include modern format retailers and pharmacies.

With a budget of 400 million rupee, $6.03 million at current exchange, for the India project, Nomura said the objective is to increase awareness and retail availability in the capital region.

“The beauty market in India is growing very fast. In the next three years we hope to be doing a worthwhile business,” he said.

Nomura appears to be a pragmatic man, but that does not stop him from looking into the future. “My dream is to export products made in India to other countries and to slowly introduce a wide range of premium products here,” he said.

The ceo explained that the brand’s name, Spawake, was coined to give a sense of indulgence and pampering.

Kose has used what it has learned from the market to drive the brand’s ambitious growth plan, including consumers’ focus and appetite for whitening skin-care products in the Indian market. Another incentive was the high double-digit growth of the mass beauty market in the last five years. Kose also picked an Indian brand ambassador from Bollywood as one of its first moves. Indian actress Aditi Rao Hydari said it was her first brand endorsement; while citing her love for kitchen remedies and grandma’s beauty recipes for caring for her skin, she told WWD that Spawake is a quick solution given a busy schedule.

Global multinationals such as Hindustan Unilever, Procter & Gamble and Beiersdorf India have long been front-runners in the mass segment. Other global companies such as French beauty giant L’Oréal, which has an Indian subsidiary, compete with homegrown consumer companies such as Dabur Ltd., Emami, Marico, ITC and VLCC Health Care.

Analysts observe that there is a huge — and growing — middle class of more than 400 million that is now focusing more on beauty than ever before, and an overall population of more than a billion. Both the skin-care and color cosmetics segments are expected to continue growth for the next decade.

Fair & Lovely, the market leader in the whitening segment, from Hindustan Unilever is priced around $1.

An earlier plan to launch in India with a joint venture with Mumbai-based Elder Pharma, announced in 2013, was shelved. Kose quickly changed strategy and opened a subsidiary in India, Kose Corp. India Private Ltd. Nomura moved to India on April 1, and followed up by launching the  Kose brand within a month. He now is ready to press down on the retail pedal for growth.

“We will never give up,” Nomura said emphatically, “even though the market is so diverse.”

The Tokyo-based Kose’s turnover from global markets outside Japan was an approximate 30 percent of the company’s total revenue of 190 billion yen ($1.84 billion) in 2014. The company also has a controlling interest in U.S.-based cosmetics brand Tarte, which it acquired for $135 million last year, and has 93.5 percent ownership. The company is eager to increase its global base.

“It means that we still have a lot of potential to grow and to focus on global business,” Nomura said. “I personally think this global percentage is going to go up very fast,” Nomura said.

The India unit is one of nine subsidiaries owned by Kose. Indonesia opened last year; Hong Kong was the first venture in 1968.

Although Kose sells in more than 25 countries, the company’s India plan is unique. Nabber Natio, executive director, research and development at Kose, said their research “indicated that a face wash, which creates a rich lather, is preferred by Indian women.” In addition, fragrance was an important element, he said. That prompted executives to choose a strong floral scent for the line.

The range is entirely manufactured in India with only 1 percent of the ingredients flown in from Japan. All the products contain an extract of Japanese kelp — Laminaria japonica — and sea salt, which are commonly used marine cosmetics ingredients.

Most other products in the Indian market use plant or vegetable ingredients, Natio explained, adding that this was a strong differentiator for the brand.

China is the only other country where Kose has launched a set of products especially created for that particular market. Unlike some other cosmetics companies, Kose chose to focus on the mass segment.

Kose does not mean to stop here. When the market is ready, more premium brands will be brought in as well, he said. The company, which was founded in 1946 by Kozaburo Kobayashi, has a number of prestige brands in Japan. They include Cosme Decorte, Jill Stuart and Addiction. There also is Sekkisei and Esprique and cosmetaries — cosmetics and toiletries — Visée and Stephen Knoll New York, among others. 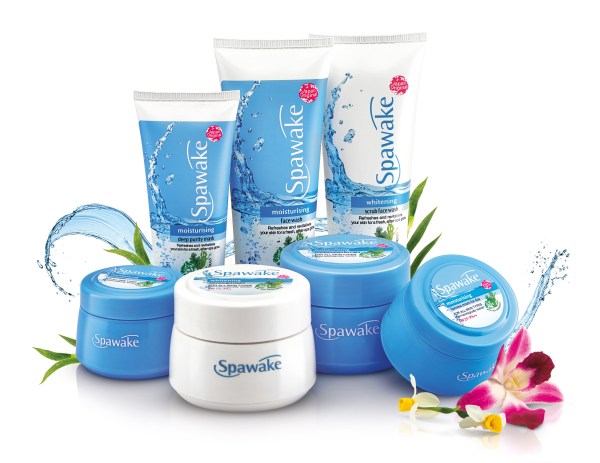