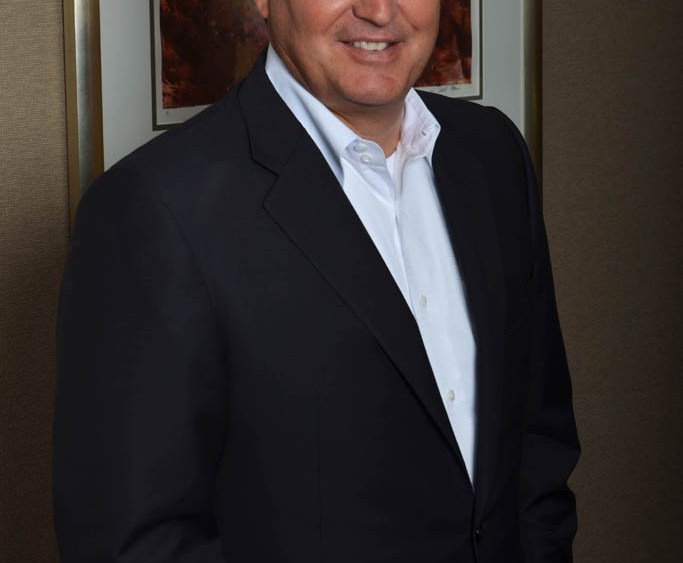 Kenneth Kunberger wants to take the best of the past and combine it with the future.

His aim is to combine the heritage of International Textile Group’s core companies — Cone Denim and Burlington WorldWide — with innovative technology to drive the company to continued growth. And the growing push for Made in America will help, too.

“We continue to focus on establishing ourselves as industry leaders related to innovation and technology,” said Kunberger, who became president and chief executive officer of ITG last month. “We operate in the U.S., China and Mexico. We have a wide variety of manufacturing, a diverse product base and end-use base. The company is in a good place right now.”

“We’ve had a good 18 to 24 months,” said Kunberger, who had been chief operating officer of ITG since 2011. “The denim business has been very strong.”

The executive, who joined Burlington Industries in 1998, and after serving as president of Burlington Worldwide became president of the firm’s apparel and specialty fabrics group where he assumed responsibility for Cone Denim and its operations in the U.S., Mexico and China, said denim accounts for about 50 percent of ITG’s business. Like every area of the company, product development and innovation have been key at Cone.

Kunberger noted the success of the Sgene, a collection of patented premium stretch technology launched in 2012. The Sgene features a combination of body-conforming stretch and high levels of recovery with a soft hand using multiple core yarns. The Sgene is positioned in all four of Cone’s denim plants — the famed White Oak Mill in Greensboro, N.C., two plants in Mexico and one in China.

Innovation and product development are the focus of Burlington Labs and Cone 3D, which work with yarn suppliers, machinery companies, chemical firms and technology providers to achieve value-added aspects and performance features to those brands.

“Everybody today is pressing with newness and changing the market dynamics,” Kunberger stressed. “The goal and the purpose is to continue to build proprietary opportunities and products to keep us different and innovative. And we’ve been very successful with it.”

He noted a venture with Patrick Yarns in Kings Mountain, N.C., which extrudes recycled plastics to make yarns that Cone uses in its denim.

Cone Denim’s latest product rollout is ConeTouch, which uses Unifi Inc.’s Repreve yarns made from recycled plastic bottles, that allows for enhanced stretch and natural-like comfort. Developed under the direction of Cone 3D, ConeTouch denims are targeted at the market for women’s stretch jeans and comfort-stretch jeans for men. Each pair of jeans made with ConeTouch denim contains an average of eight recycled bottles.

While ITG has global production and distribution, the core of the company is in the U.S. and the revival of Made in America manufacturing has played into its strength.

“If you look at us overall, including our government contract business with our Raeford division, which is the single provider of worsted wool military dress uniforms for the U.S. military, we’ve always had Made in the USA as an important part of our business,” Kunberger said. “There’s been quite a resurgence in denim, too, with more production moving back into this hemisphere.”

Cone Denim’s historic White Oak Mill facility in Greensboro, N.C., the oldest operating denim mill in the U.S., last year installed additional American Draper X3 looms in response to the growing demand for Made in the USA selvage denim. The expansion increased its production of authentic vintage selvage denim by 25 percent. White Oak is the only mill in the U.S. producing narrow selvage denim on fly shuttle looms that date back to the Forties.

“We’ve had a multitude of customers drive that Made in America concept over the last couple of years with White Oak and co-branding White Oak into the mix,” Kunberger said. “There’s a lot of product at retail right now that designates ‘Made From White Oak Mills, Greensboro, N.C.,’ so that worked out really well for us. We see [U.S. production] coming back, not huge, but bits and pieces are moving back to the Western Hemisphere. More and more of our customers have jumped into Made in America programs using White Oak selvage fabrics. They like using the history and heritage of a 115-year-old mill to the point that White Oak has almost become a brand.”

The resurgence of Made in America — a survey released this month shows 77 percent of top retailers and brands now have some U.S. sourcing — is also driven by speed to market, and various factors that have made the U.S. and Mexico more cost-effective, he noted.

Burlington WorldWide Apparel, which also has production facilities in the U.S., Mexico and China, specializes in better-quality bottoms for men and women, as well as activewear, cotton casuals, tailored, uniform and barrier products. Fabric initiatives include blended and performance synthetics, worsted wool, cottons and cotton blends.

In addition, Burlington Contract Fabrics is a vertically integrated manufacturer of piece-dyed fabrics from yarn to finished fabric. Its finishing capabilities include branded and unbranded antimicrobial and fire-retardant technologies.

“The challenge with so many niche businesses under the ITG umbrella is keeping them all moving in the right direction,” Kunberger said. “This includes external forces such as the overall economic conditions, consumer confidence, and government budgetary restraints in the end of the business that relates to government procurement. What we’ve relied on and the way to differentiate ourselves is through innovation and technology.”

In the area of sales and marketing, Cone and Burlington operated independently of each other, but behind the scenes, in operations and product development, there is coordination. The company, headquartered in Greensboro, has 12 manufacturing facilities and one joint venture with Parkdale Mills in Mexico. ITG has 4,800 employees worldwide.

Kunberger said a key strength of the company is the flexibility of its manufacturing base, enabling it to produce the same products in the U.S. and Asia based on cost averaging and offering sourcing alternatives.

“We spend a lot of time on cost-reduction, what we consider operation excellence, and lean manufacturing,” he said.

While he feels the company is well-positioned, there are micro and macro forces at play.

“We’re on plan so far this year,” he added. “We’re ahead in Mexico — the denim business has been very good — but there are headwinds in Asia and the Chinese economy has not been strong.”

In the U.S., the White Oak denim is dynamic and the government contract business is steady, but the economy and retail scene are somewhat uncertain.

“One of the biggest things we need to do is to keep ourselves relevant,” Kunberger added. “We don’t want to be known as just a textile company. We’ve got to offer our customers solutions. Technology and innovation are providing a solution for our customers.”